Wikitopia is an ambitious, cross-disciplinary research project, the goal of which is to realize technologically-enhanced future cities that can be continuously edited and improved by citizens like the online encyclopedia Wikipedia. Primarily funded by the Japanese government (Japan Science and Technology Agency MIRAI Program), the project is an international collaboration between multiple organizations and individuals spread across Japan and the US. As part of our research, we will hold an international competition soliciting a wide range of novel ideas (architectural, technological, regulational, etc.) that can shape the future of urbanism worldwide.

We seek ideas for new designs, technologies, systems, and concepts that we can realistically expect to be implemented in the near- to mid-term future. In other words, what we would like to see is not complete science fiction, but forward-looking ideas that nevertheless can inform or become part of our research agenda in the coming years.

What we call Wikitopia is a vision of future cities that are built not only by the hands of few (governments, developers, professionals, etc.), but through active, spontaneous participation of citizens. We believe that the ideas submitted to this competition will comprise the fundamental building blocks of such future cities. We look forward to receiving diverse submissions from a variety of perspectives and disciplinary backgrounds, including architecture, urban design, engineering, science, fine arts, activism, and many others.

The competition will be held in two separate phases: Phase 1 and Phase 2. Although the two phases are related, submission to one phase does not require submission to the other.

We expect that entries to this competition will play significant roles in shaping the future of the Wikitopia Project — in this sense, everyone who contributes ideas will become a de-facto collaborator of our project. We hope to see novel submissions that go beyond existing thoughts about how urban spaces/systems are designed, implemented, and used.

In the Phase 1 Competition, we solicit new “apps” that will become the foundational building blocks of Wikitopia — “future cities created by everyone”. Here, we use the term “app” to refer to any idea that “affects urban space or people’s activities within it, through spontaneous actions of citizens, digital, physical, or a combination thereof”. Existing “apps” include the following:

We ask you to come up with ideas for new “apps” that go beyond such precedents. Apps can make use of existing or (reasonably realistic) near-future technologies, such as Artificial Intelligence, IoT (Internet of Things), 3D Printing and other Digital Fabrication techniques, Virtual and Augmented Reality, Projection Mapping, Drones, Self-driving Cars, etc. Also, apps can require (again, reasonably realistic) new legislation, regulations, or infrastructures as prerequisites for their deployment.

The site is Ginza, Tokyo. However, please consider this as more of a hint than a hard requirement. We are looking for ideas that can be applied to neighborhoods where “a large number of people and objects actively interact daily, in diverse ways”, of which Ginza is but one example. Thus, ideas do not necessarily need to be closely tied to the specific historical, cultural, and geographical context of Ginza, Tokyo, or Japan.

Below are several of the types of ideas we hope to see. These are merely examples, and submissions do not need to neatly fall into any of these three categories; they can occupy space between multiple categories, or lie entirely outside any of the categories. Any idea that contributes, in one way or another, to the core idea of “future cities created by everyone” will make a valid submission.

1) Innovative Hardware
Ideas involving new urban hardware (buildings, spaces, facilities, etc.) that contribute to the Wikitopia vision. Examples include public furniture or small parks that can be built spontaneously by members of the local community, and digital signboards whose contents can be controlled by the public.

2) Innovative IT Systems
Ideas about new IT systems that affect the city’s functions and/or people’s behaviors within it. Examples include a web-based system that facilitates use of underutilized spaces as stores, stages, etc., and an augmented-reality system that allows anyone to overlay virtual information onto the urban environment.

ELIGIBILITY
There are no restrictions regarding age, nationality, professional status, etc. Both individuals and groups (with one individual serving as the group leader) are encouraged to participate; there are no limits regarding the number of submissions by a single individual/group. 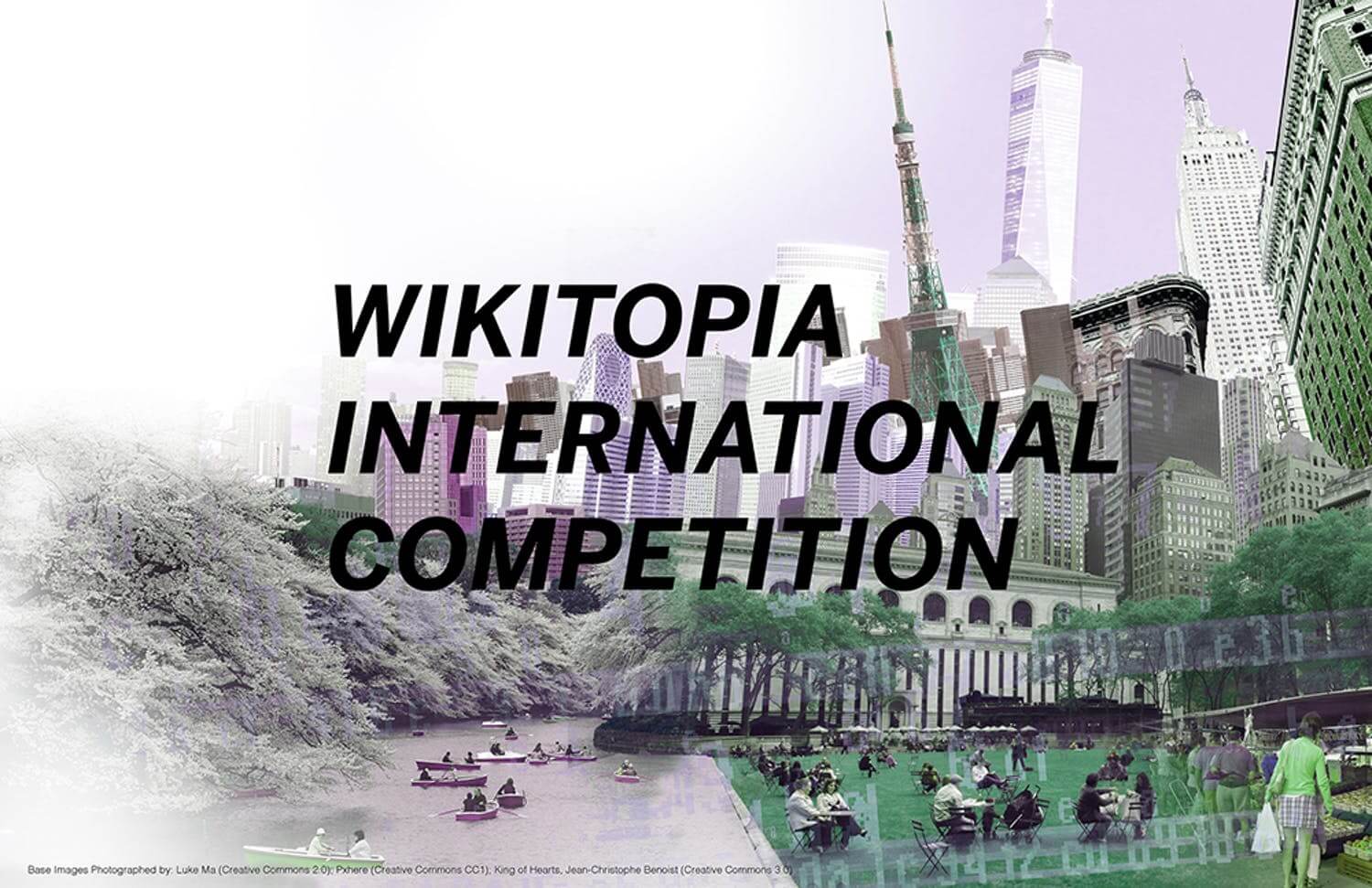