Danish ADEPT, Japanese SOU FUJIMOTO Architects and an advisory team consisting of Topotek1, Rambøll A/S and Bosch & Fjord win the competition for a new library in Falun, Sweden, with the project “Dalarna Media Arena”. The project, which consists of a 3000m2 library and an adjoining plaza, is a part of Dalarna University campus. Dalarna Media Arena is a reinterpretation of the library – a multifunctional event- and knowledge center – targeting students and teachers as well as the local community.

Dalarna Media Arena matches a new library culture, staging a wealth of opportunities for events and inspiration. The library and plaza at Högskolan Dalarna will be the city’s third space – a dynamic meeting point with activities for students, employees and visitors.

The library is organized as a ”spiral of knowledge”. The sloping terrain continues in a ramp through the building. Wrapping itself the ramp creates a spiral-shaped space – the heart of the building for information seeking and easy orientation. This organization of program creates various learning environments where students can take part in the vibrant life of the library as well as retreat into various study niches. The different sound levels and activities create a diverse and eventful library. The library has its own spatial character in which library and multimedia functions unite and create synergy with the existing university. Wooden facades integrate the building in the surroundings, reflecting the local tradition of using wood as construction material.

Dalarna Media Plaza is created in addition to the library – together they form a new landmark for Högskolan Dalarna. Through a simple reorganization the car park becomes a new surface with ‘islands’ of activities. The programming of the Plaza is flexible and will be developed in the user process. The Plaza, which is a mix of recreational functions and furniture, serves as arrival area and hang-out space for users of Högskolan, the library and visitors in the area.

This project will help to attract people in the neighborhood, thereby anchoring the library in the local community. In addition the ambition is to project strengthen the collaboration between regional and international educational and research institutions. With its public functions and activities Dalarna Media Library will become a dynamo in the area and an attraction for both local inhabitants and businesses. Activities in the café, exhibitions, lectures, continuing education, etc. will provide fertile ground for international exchange and interdisciplinary collaboration.

The jury minutes stated: “In conclusion it’s  an exciting building rich on variety and with many possible meeting points integrated in a coherent environment […] The proposal has solved the total program in an interesting, exciting and playful manner – inside as well as outside.” 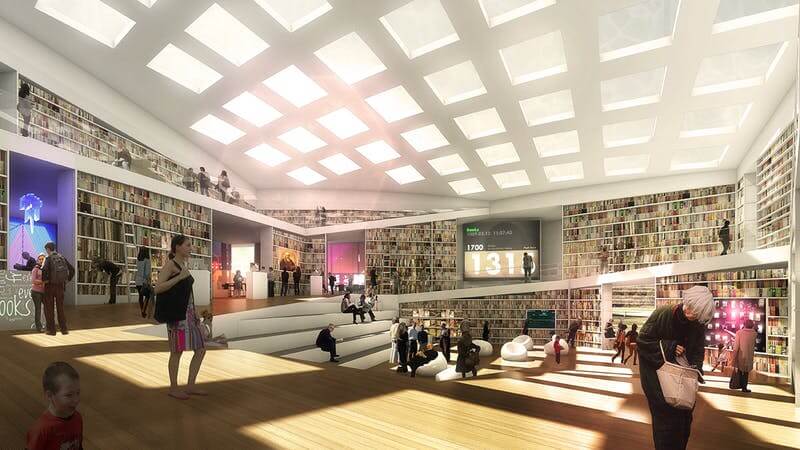 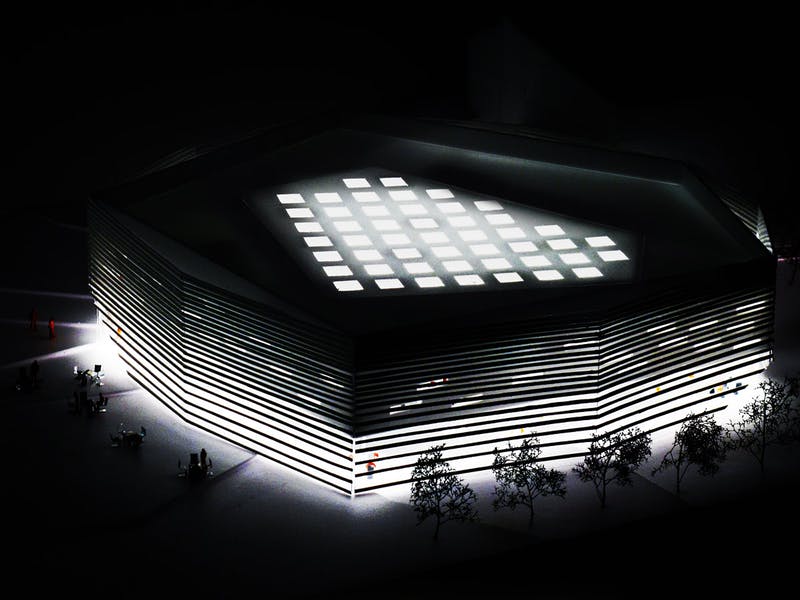 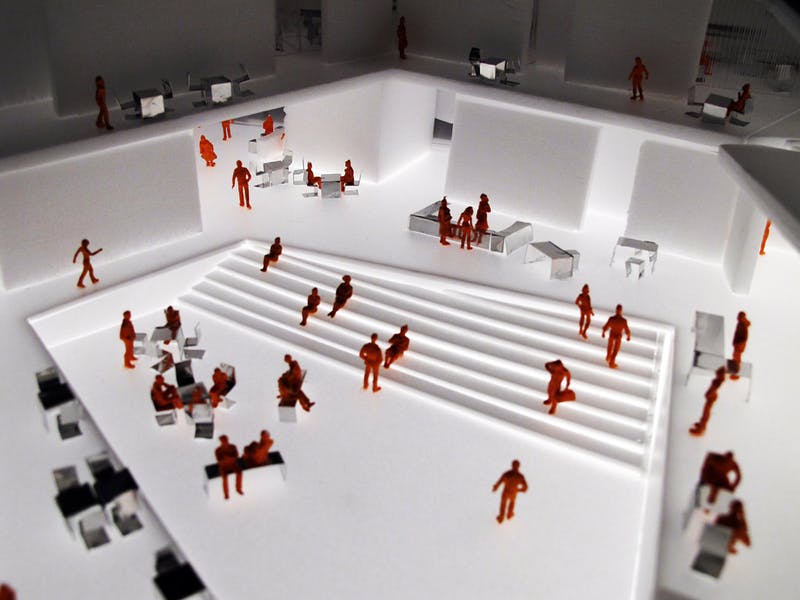 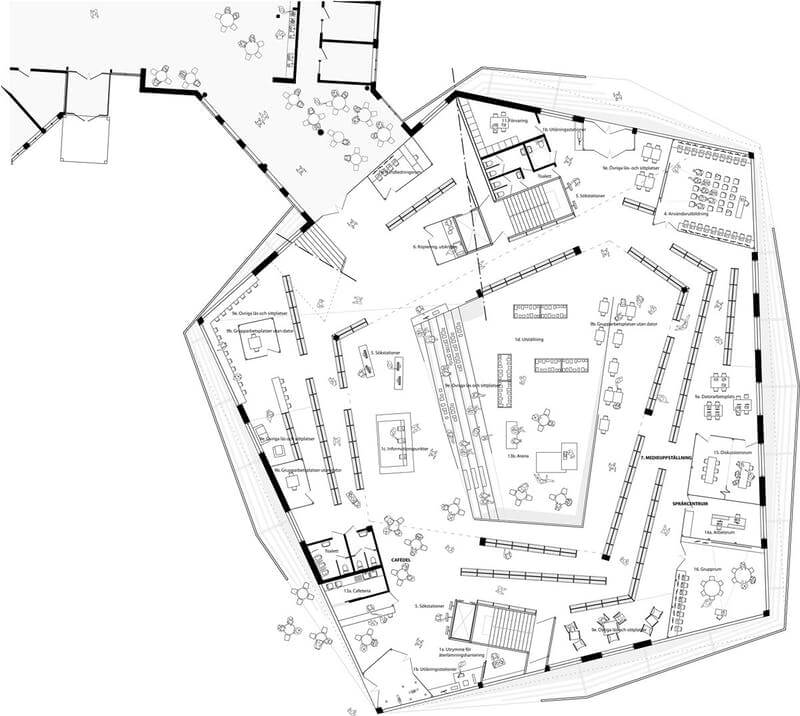 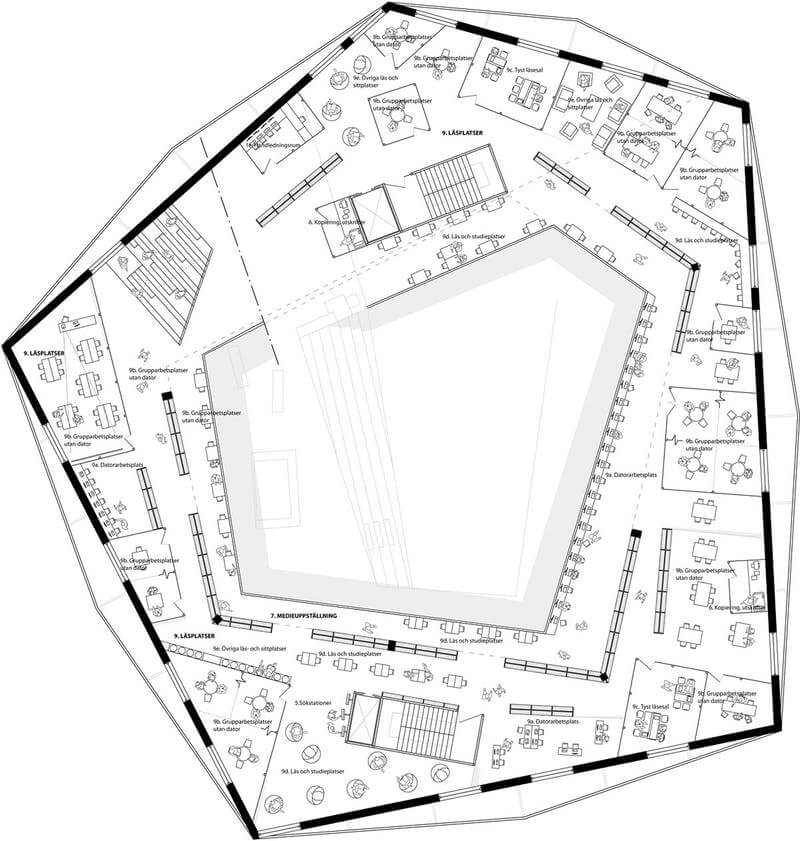 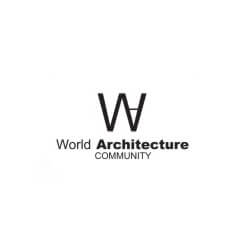