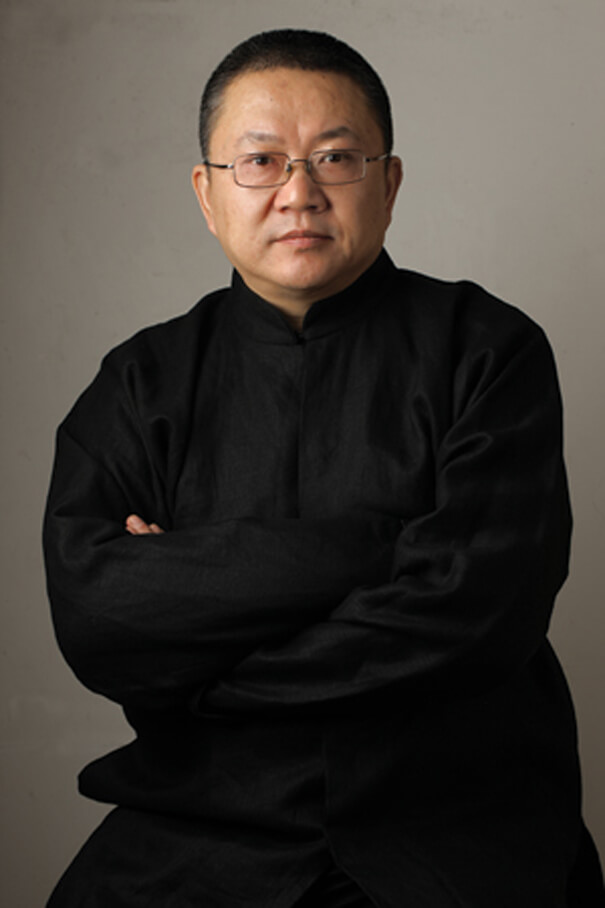 Wang Shu, a 49-year-old Chinese architect whose work explores the intersection of modern technologies and traditional sensibilities, has won the 2012 Pritzker Architecture Prize, announced Thomas J. Pritzker, chairman of The Hyatt Foundation, which sponsors the prize. Wang is the 37th person to win the prize and the first from China. (I.M. Pei, who was born in China but lives and practices in the United States, won in 1983.) Asked about getting the prize, Wang said in a phone interview, “It’s a big surprise. I’m still so young!”

Wang and his wife Lu Wenyu founded their firm, Amateur Architecture Studio, in 1997 in Hangzhou, a city that has been famous for hundreds of years as one of China’s most beautiful. Although it has grown rapidly in recent years and has new areas that look much like other Chinese boomtowns, Hangzhou still exerts an almost mystical pull on the Chinese imagination as a place where art and tradition thrive. Wang’s buildings tap into that reservoir of ancient culture, while employing modern structural systems and elements.

Just as Hangzhou sits slightly outside China’s centers of economic and political power (it is 110 miles southwest of Shanghai), Wang and Lu work beyond the mainstream of modern Chinese architecture. While many of their contemporaries studied abroad and returned to China with Western approaches to form-making and the latest digital technologies, Wang and Lu rooted their buildings in the local context. Their most impressive project, the Ningbo History Museum (2008), combines tilting fortress-like forms with walls made of different kinds of recycled masonry. Although the museum has a modern concrete frame, its use of bricks and stone salvaged from local buildings connects it to the area and to history.

“My starting point is always the site,” stated Wang. “I need to understand about the life, the people, the weather.” After earning his first architecture degree and then his master’s from the Nanjing Institute of Technology, he moved to Hangzhou to research the renovation of old buildings. He designed a youth center in Haining near Hangzhou in 1990, but then spent nearly a decade working with craftsmen to learn about construction.

Much of Wang’s early work involved renovating old buildings, an experience that influenced his commissions for new buildings. “I know something existed before me,” he said. “My buildings come from somewhere.” He believes that the modern and the traditional can work together. In his Xiangshan Campus for the China Academy of Art, for example, some of the buildings have wave-like roofs recalling those of old Chinese architecture and others have bamboo shutters. But the buildings also have windows punched into taut white envelopes in a jazzy, almost random way and metal sun shades. “I don’t exactly copy anything from history, but you can feel the old in my work,” explained Wang. “Other architects talk about space. I talk about typology and prototype. The prototype relates to memory.”

Another thing that separates Wang from most of his contemporaries is his design process. “I don’t use the computer. I use just the pencil,” he said.

“There are significant questions about the recent process of urbanization in China, whether it should be anchored in tradition or if it should just look toward the future,” said Alejandro Aravena, one of the Pritzker jurors. “As in any great architecture, Wang Shu´s work is able to transcend that debate producing an architecture that is timeless, deeply rooted in its context and yet universal.”

Wang completed his first major work, the Library of Wenzheng College at Suzhou University, in 2000. He has participated in the Venice Biennale and exhibited in Hong Kong, Brussels, Berlin, and Paris, but all of his buildings are in China. Completed projects include the Ningbo Contemporary Art Museum (2005), Ceramic House in Jinghua (2006), Phase I (2004) and Phase II (2007) of the Xiangshan Campus at the China Academy of Art, and the Vertical Courtyard Apartments in Hangzhou (2007).

Since 2000, Wang has been the head of the architecture department at the China Academy of Art in Hangzhou. “I was an angry young man early in my career and I challenged the old way of teaching.” Now he is getting the chance to reinvent architectural education in China, merging design and construction and molding a new generation of architects. In 2011, he was the first Chinese to be the Kenzo Tange Visiting Professor at Harvard’s Graduate School of Design.

He and his wife named their firm Amateur Architecture Studio, using the definition of the word “amateur” as someone who engages in an activity for pleasure rather than profit. He also explained in the Pritizker press material that, “For myself, being an artisan or a craftsman is an amateur or almost the same thing.”

The Pritzker Prize was established in 1979 “to honor annually a living architect whose built work demonstrates a combination of those qualities of talent, vision, and commitment, which has produced consistent and significant contributions to humanity and the built environment through the art of architecture. Previous winners include: Philip Johnson, Richard Meier, Kenzo Tange, Frank Gehry, Aldo Rossi, Renzo Piano, Norman Foster, Rem Koolhaas, Glenn Murcutt, Zaha Hadid, and Thom Mayne. Winners receive $100,000 and a bronze medallion. The formal ceremony for the 2012 prize will be in Beijing on May 25. 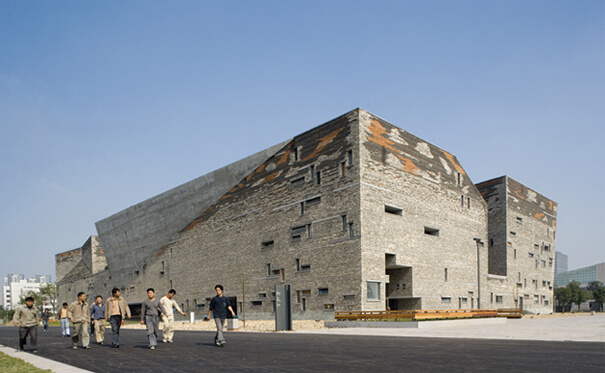