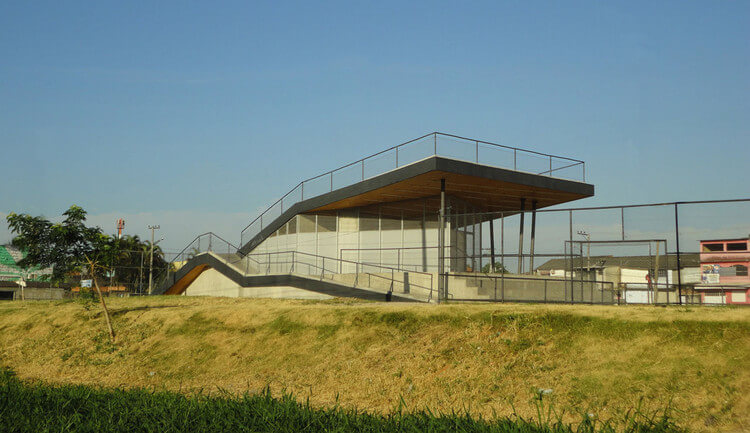 With the Homeless Women’s World Cup arriving in Rio de Janiero, Brazil in fall 2010, Architecture for Humanity, Homeless World Cup, and Nike GameChangers are teaming up with local partners Organização Civil de Ação Social (OCAS), and Bola pra Frente (BPF) to establish permanent Legacy Centers. During the inaugural Homeless World Cup held in Melbourne in late 2008, it was identified by participating homeless delegations that the Homeless World Cup could establish specific programs for homeless women using soccer and social enterprise, enabling them to be the drivers behind their own social and economical development and in turn extend their knowledge with the same positive team attitude and leadership skills soccer brings forth.

Representatives of the selection committee reviewed all of the entries for the most effective, empowering, integrated, sustainable, innovative, organized and beautiful solution for the leadership center.

The winning team will be awarded the commission as architect of record for the project. If the team is not locally licensed, then a partnership will be formed. Finalists and Honorable Mentions will receive Nike Products from the 2010 Brazil World Cup Team.

These are the five RFP Finalists:

And these are the five RFP Honorable Mentions: