The proposal for the revitalization of the Marstall area in the heart of German city of Hannover by Rotterdam-based practice Maxwan architects + urbanists in collaboration with Lola Landscape Architects has won the first prize. This urban design concept is part of the larger international urban and landscape design ideas competition “Hannover City 2020+.”

The City of Hannover’s Marstall area is currently a parking lot bound by shopping, the Leine River, residential, and a red light district. Placing buildings on the ends frames a well proportioned public space and maximizes the number of housing units – a key goal of the city.

The two buildings differ greatly based on their context. The building alongside the river is more open to allow views out toward the square/river, while the building near the city is more closed creating interior privacy. Meanwhile, in context with each of their surroundings, the materiality of the river building is dominated by stone work, while the city side building is of more contemporary materials. What may seem like two contradictory statements, creates two interesting buildings – an open building of stone and a more closed building with a contemporary feel.

In both cases the plinth is ‘cut’ to create easier walking routes, while the upper levels retain a more robust form. The riverside building contains a space that is usable as either a cultural space or as shops. A shared space is created on the roof with great views. Additionally, the building opens up at the ground level onto a generous ramp, stepped terrace allowing users a place to sit, but also forming an amphitheater, ideal for small performances.

In the center of the Marstall lies a multifunctional open space on a slightly tilting plane. This way, the square transitions from a sunken square, to an at grade pavilion passage, into a stage. Trees are preserved in certain locations creating an intimate character, others are removed opening the space and allowing in light. The plaza is modeled for both permanent use and seasonal use. 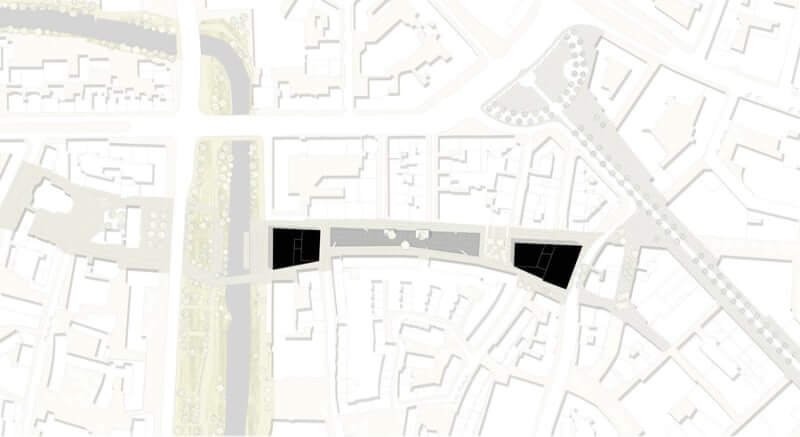 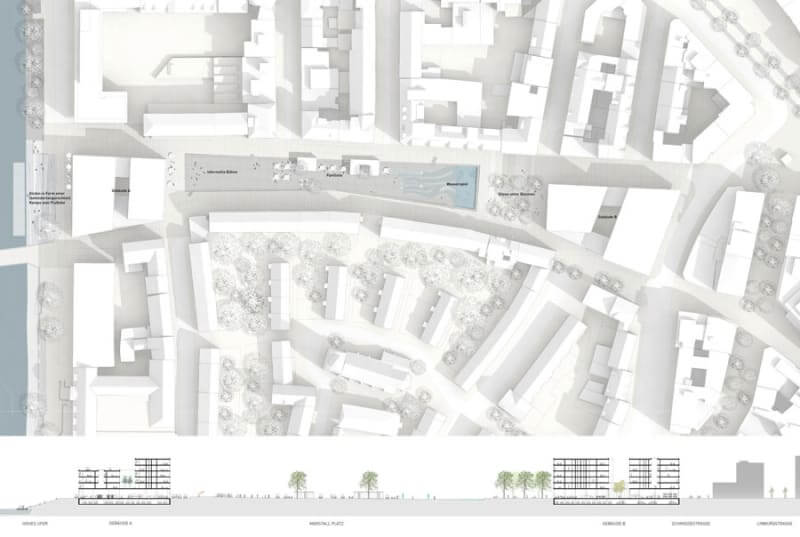 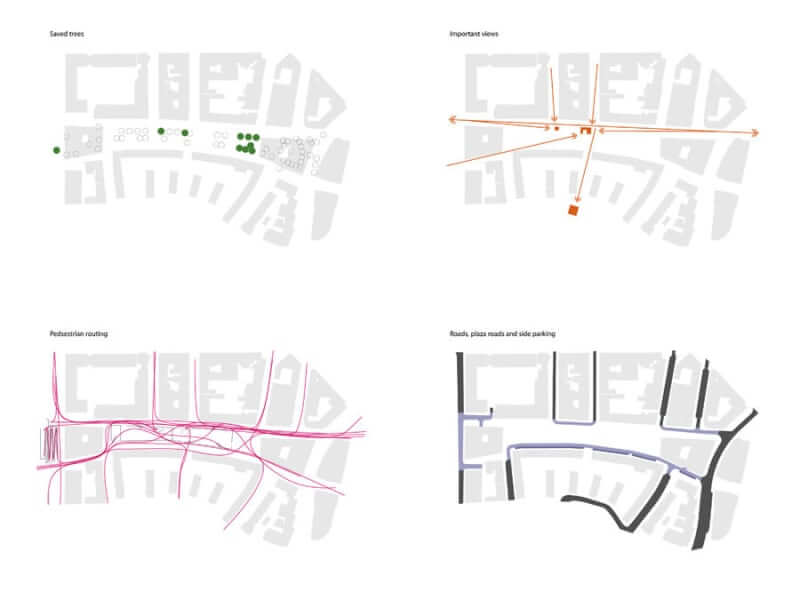 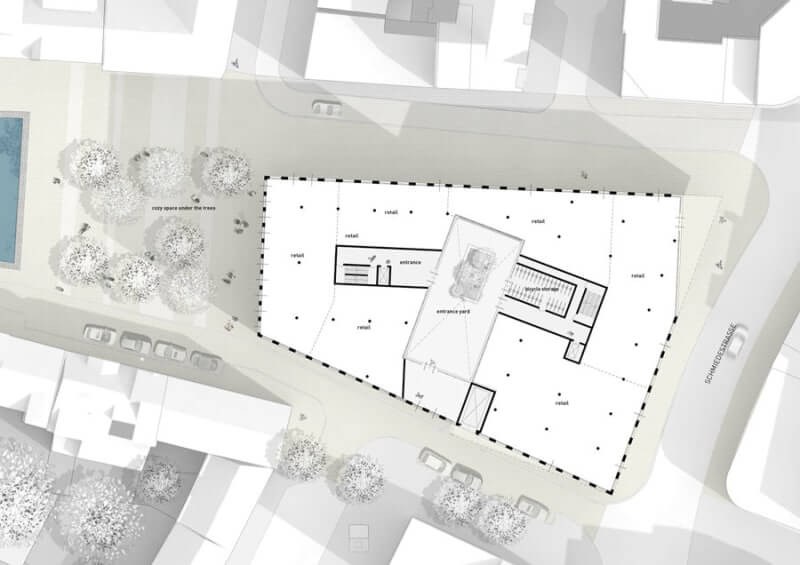 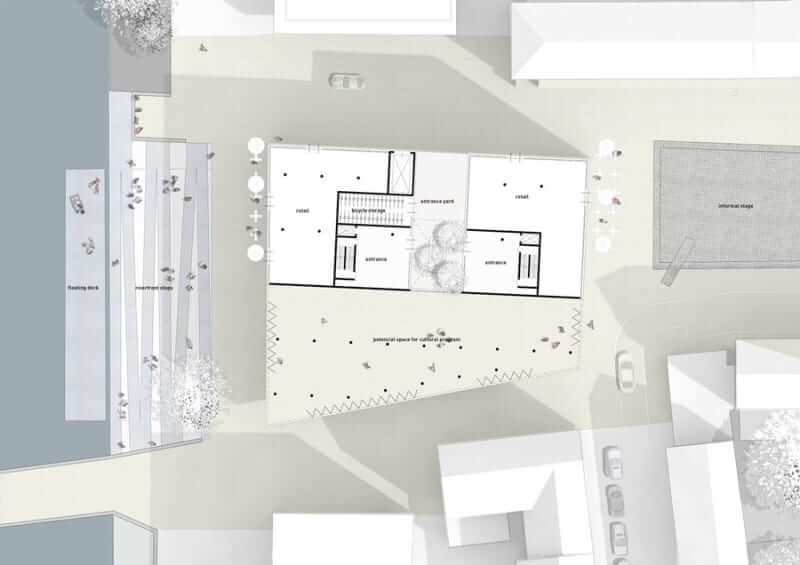 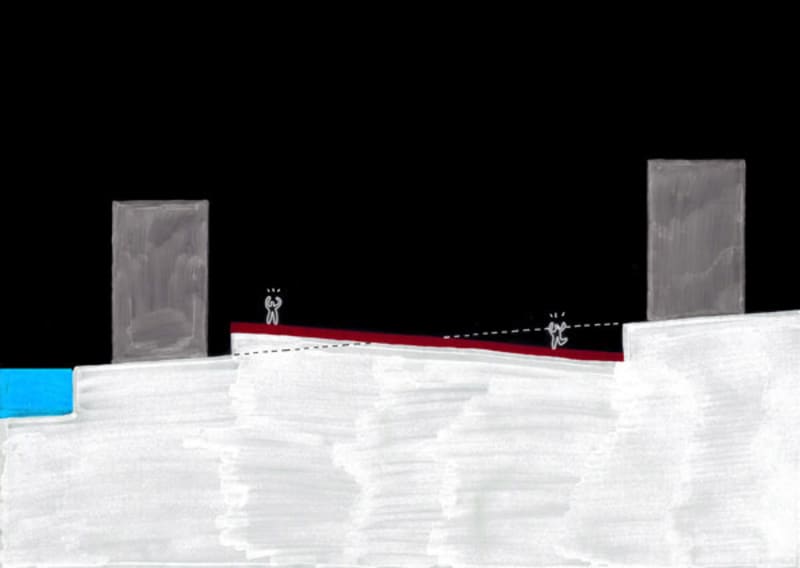 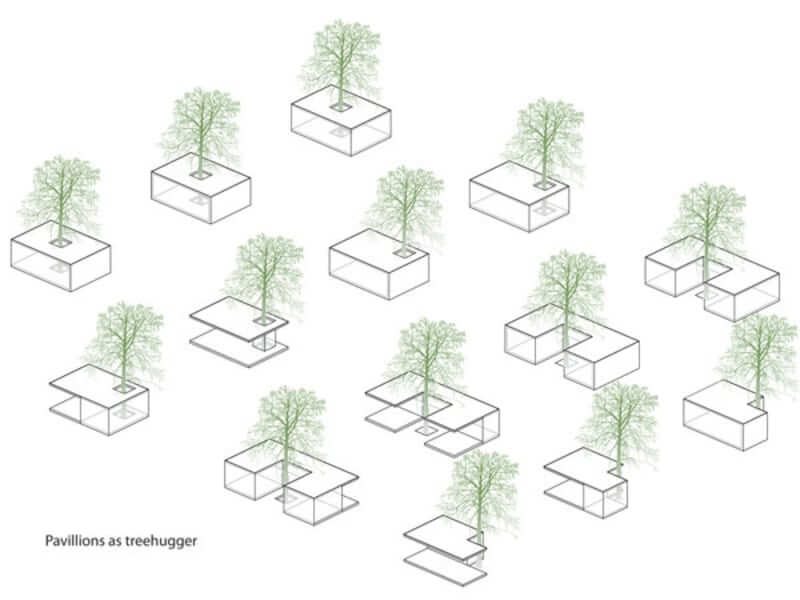 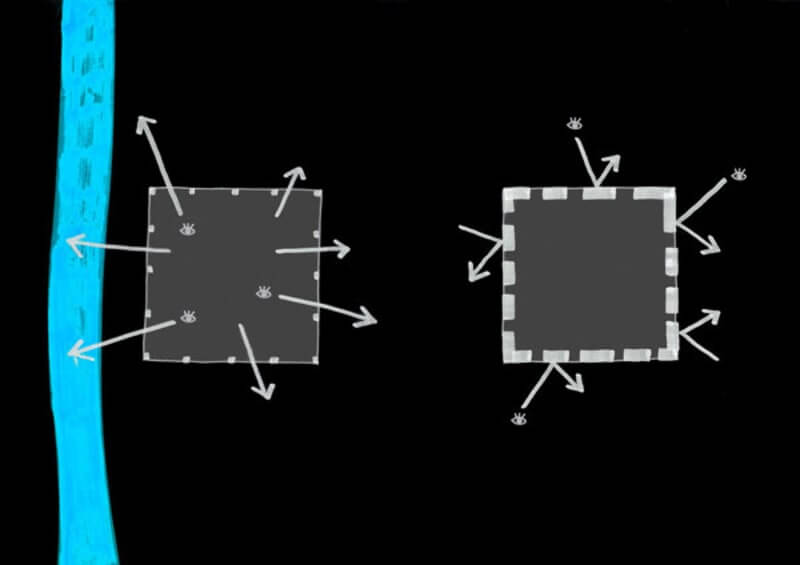