The winners of the 2011 RIBA Awards, recently announced by the Royal Institute of British Architects. These awards for architectural excellence will be presented to 97 buildings in the UK and Europe (89 in the UK and 8 in the rest of the EU). The shortlist for the RIBA Stirling Prize for the building of the year will be drawn from the 97 RIBA Award winners.

This year’s award-winning buildings range geographically from a winery in Spain to a community hall on the Scottish Hebridean island of Raasay, and in style from the Royal Shakespeare Theatre in Stratford to ‘Love Shack’ – a self-build hideaway in the Lake District National Park. The recently completed Velodrome is the first ever 2012 Olympics event building to win an architecture prize and is one of five RIBA Awards for Hopkins Architects, a practice previously shortlisted three times for the RIBA Stirling Prize.

2011 has been an exceptional year for private houses which constitute 17 out of 89 UK winners. Schools and universities have also flourished with 14 schools (including three BSF projects and two Academies) and 9 university buildings winning awards. Last year’s RIBA Stirling Prize winner, Zaha Hadid, is an award winner this year with the Evelyn Grace Academy in South London.

RIBA President Ruth Reed said: “For 46 years the RIBA Awards have reflected the health of British architecture. This year’s winners show that in spite of a terrible worldwide recession, many exceptional buildings have been, and continue to be, built in the UK and overseas. Winning projects demonstrate that even in constrained times committed clients working with talented architects can achieve architectural excellence.

These well-designed buildings will add huge value to the lives, prosperity, health and pride of their owners, users and communities and I am delighted with year’s selection. We are promised an interesting RIBA Stirling Prize shortlist.”

Following is just a very small selection of 2011 Award Winners. 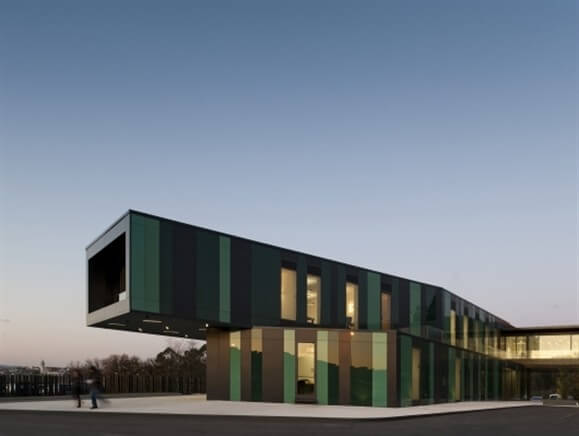