EN – The Yarmouk private villa is home to two brothers and their families in Kuwait. The volume is divided in the center of the plot into two identical units housing the independent quarters of each of the two families. A series of light wells and balconies throughout the house, along with a discreet garden space on the ground floor, focuses on the project’s main narrative of diffused natural lighting.

The basement of the house and its roof terrace cap the building with elements of unity and interaction, where the siblings and their families are able to get together and socialize. The basement includes a large banquet hall with light wells on either side to bring in ample natural light. The room, covered completely in travertine, sets a more classic and elegant atmosphere for larger gatherings. The basement also includes parking facilities for 10 cars and a staff quarters, also naturally lit.

The independent units follow an identical plan although the form is articulated to disrupt symmetry. The ground floor houses the social areas for each family and is flanked by a very private garden that lights up the interiors through large sliding windows. Vertical circulation is organized along the middle of the house and the living spaces organized along the building periphery to maximize natural light. The first floor houses the bedrooms in a similar way along the outer edge, including a sky-lit communal area and a kitchenette in the center.

The materiality of the interiors is driven by the hierarchy of the space, ranging from a dramatic music room finished in an aptly titled scandalous marble, to the almost Scandinavian simplicity of the upper levels that houses the bedrooms, pantry and the informal reading room. Subtle warm tones, achieved by a combination of silver travertine cladding with white oil finished ash parquet, set the mood for the ground floor living and dining areas. 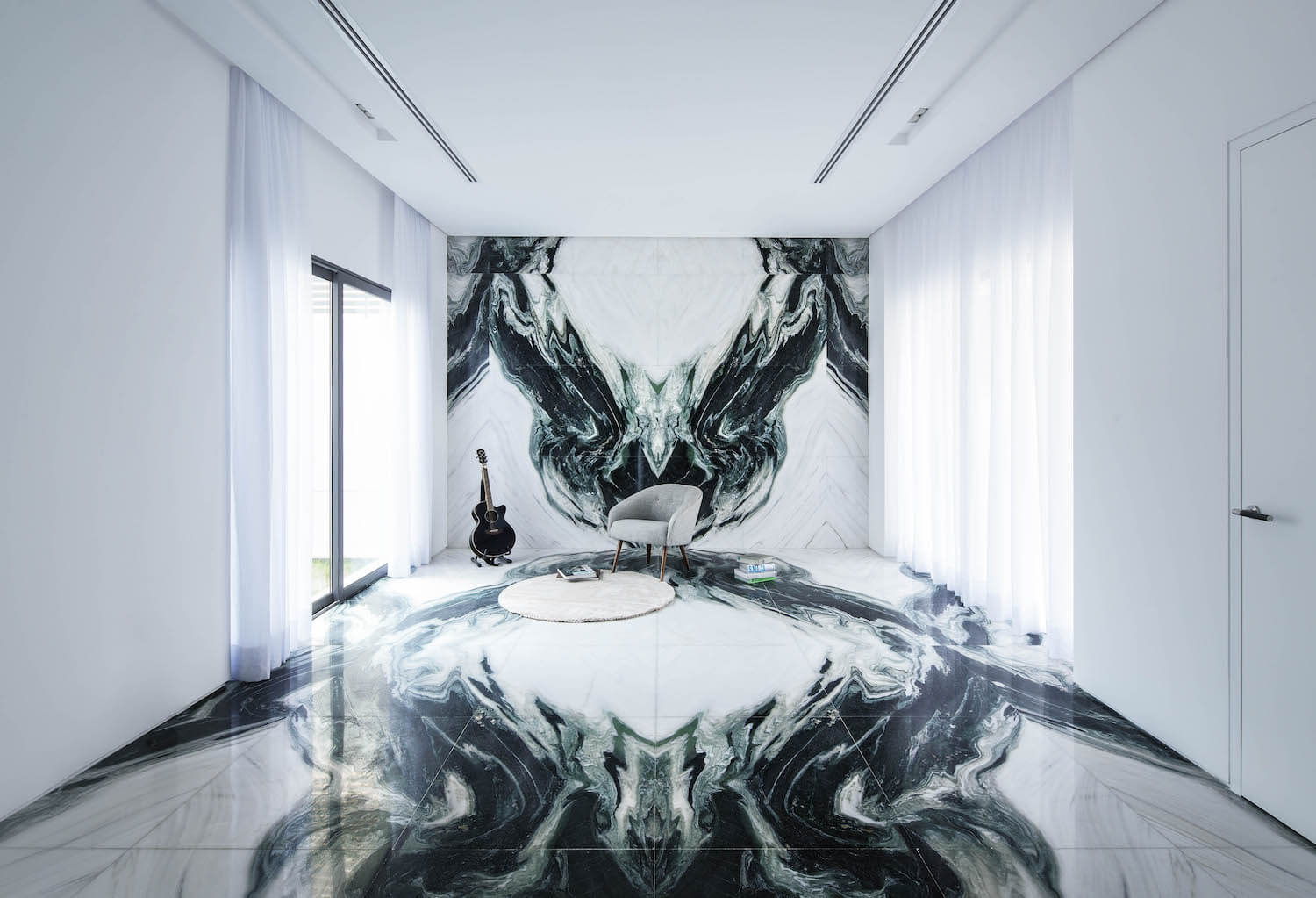 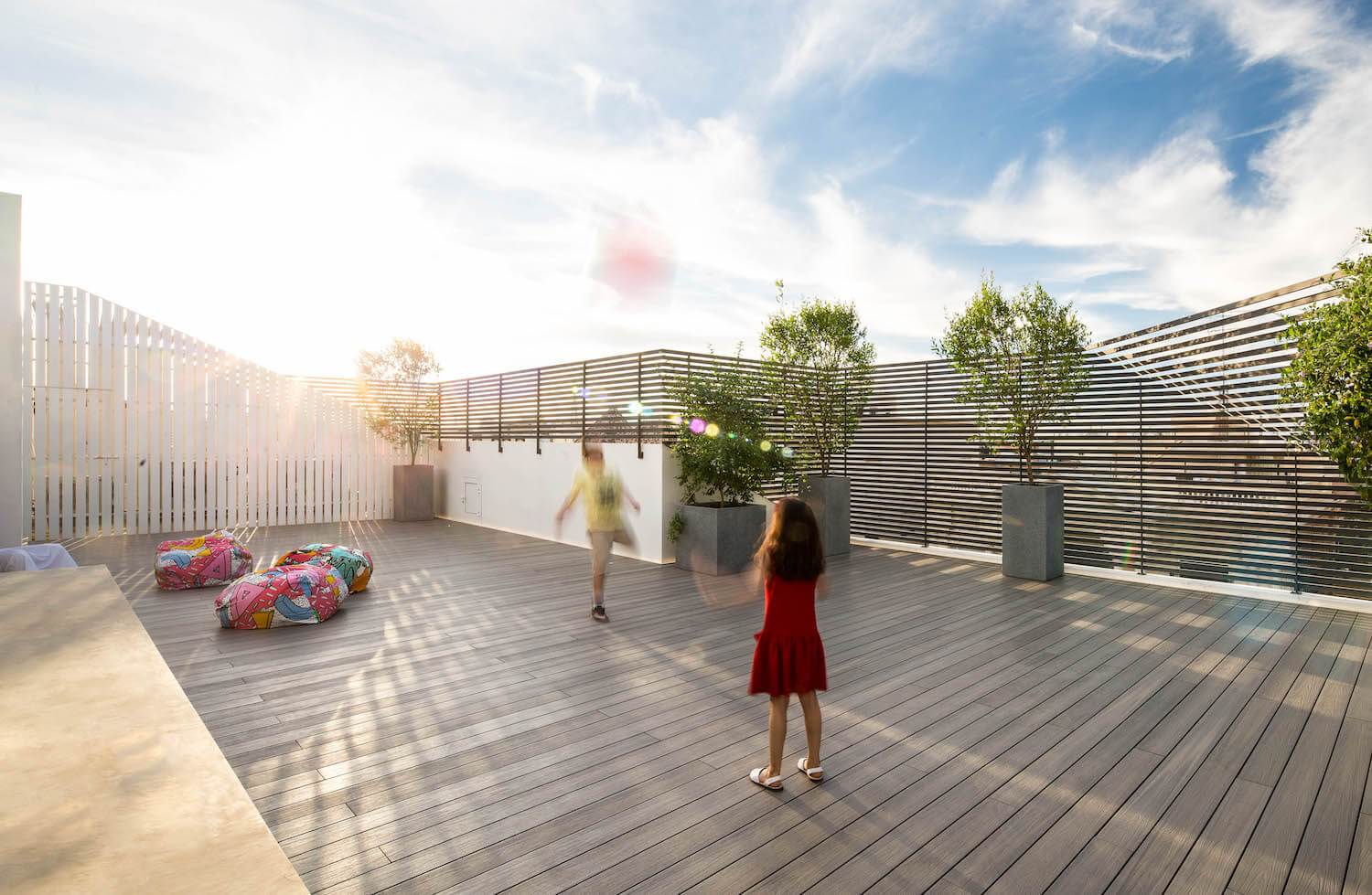 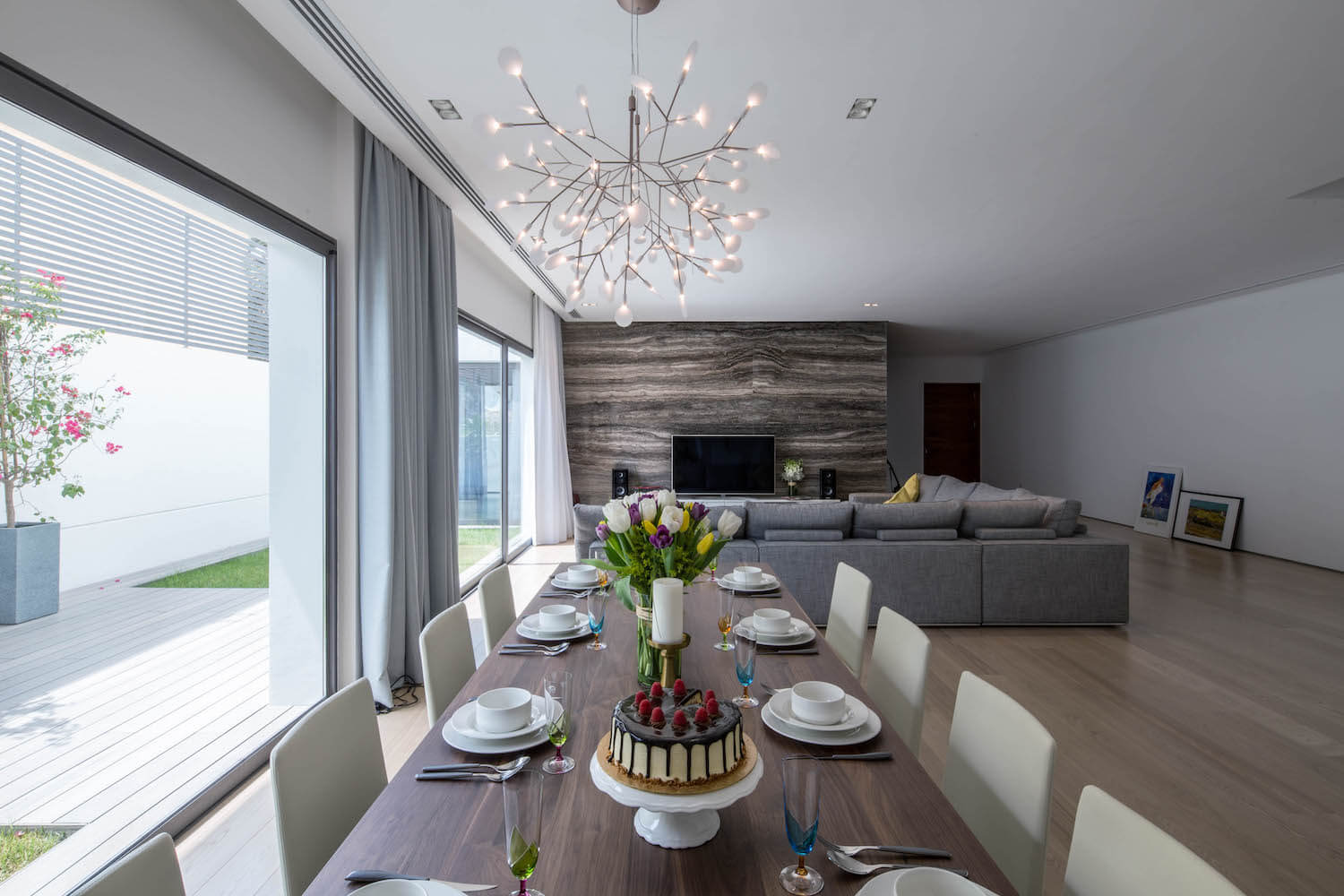 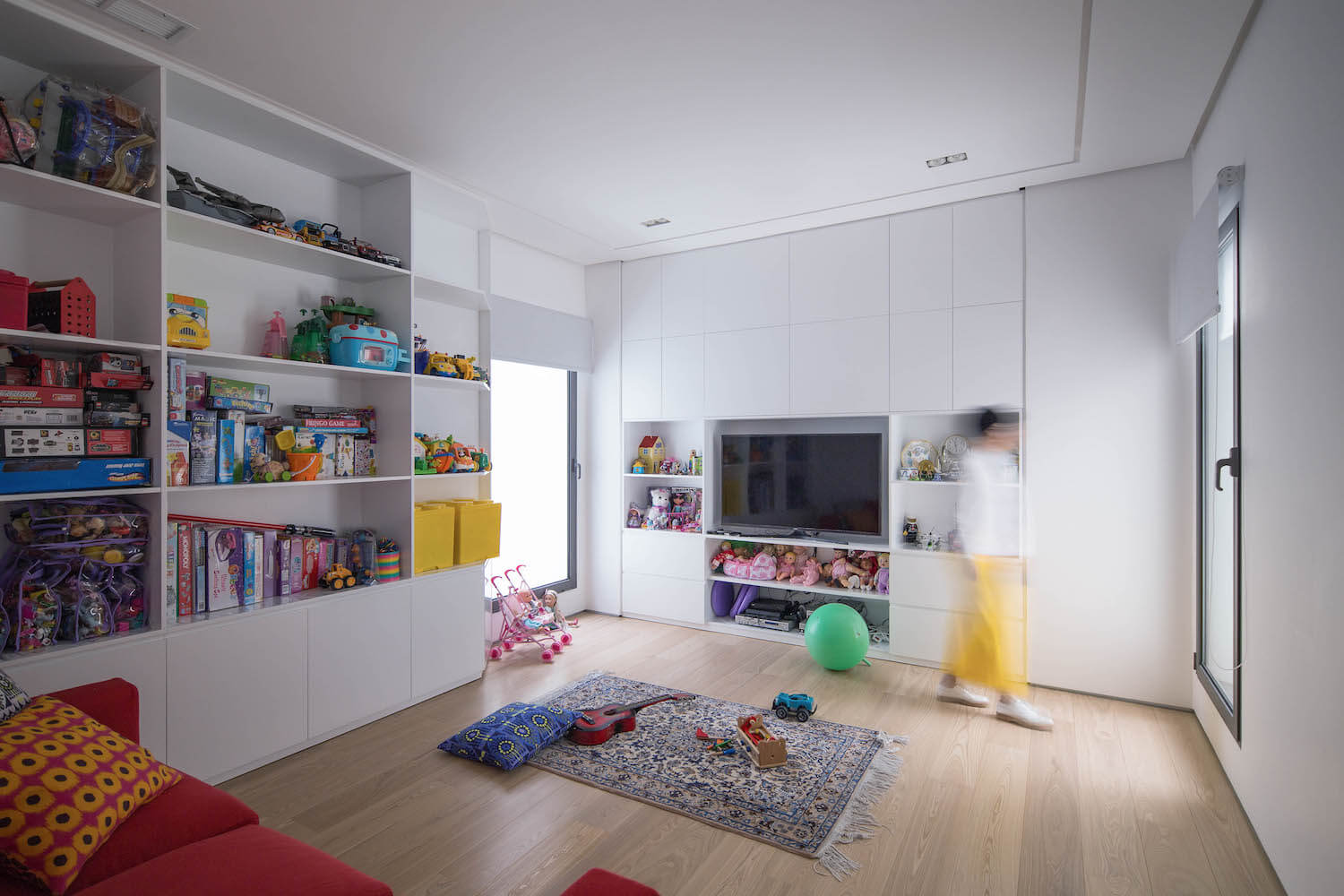 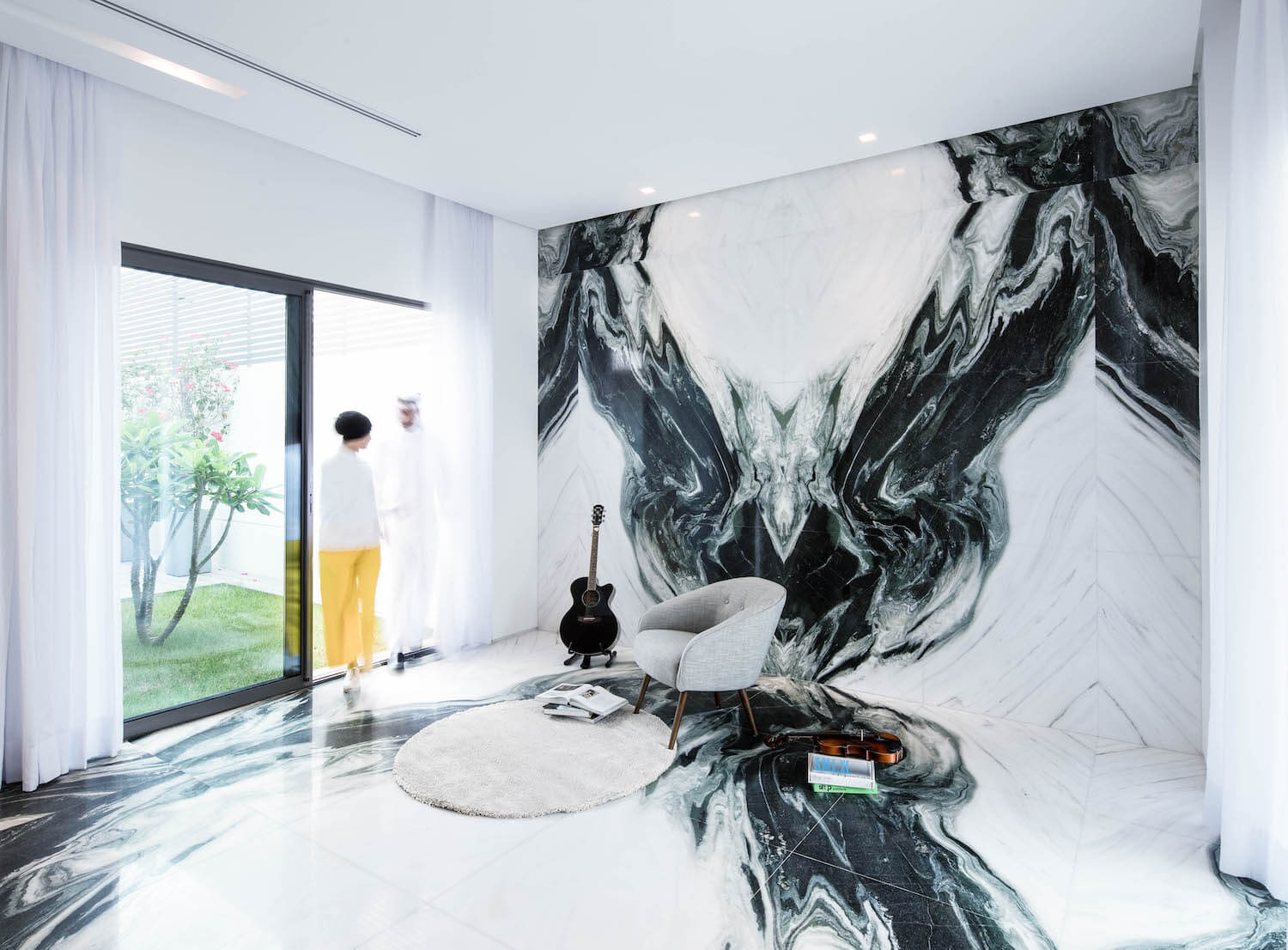 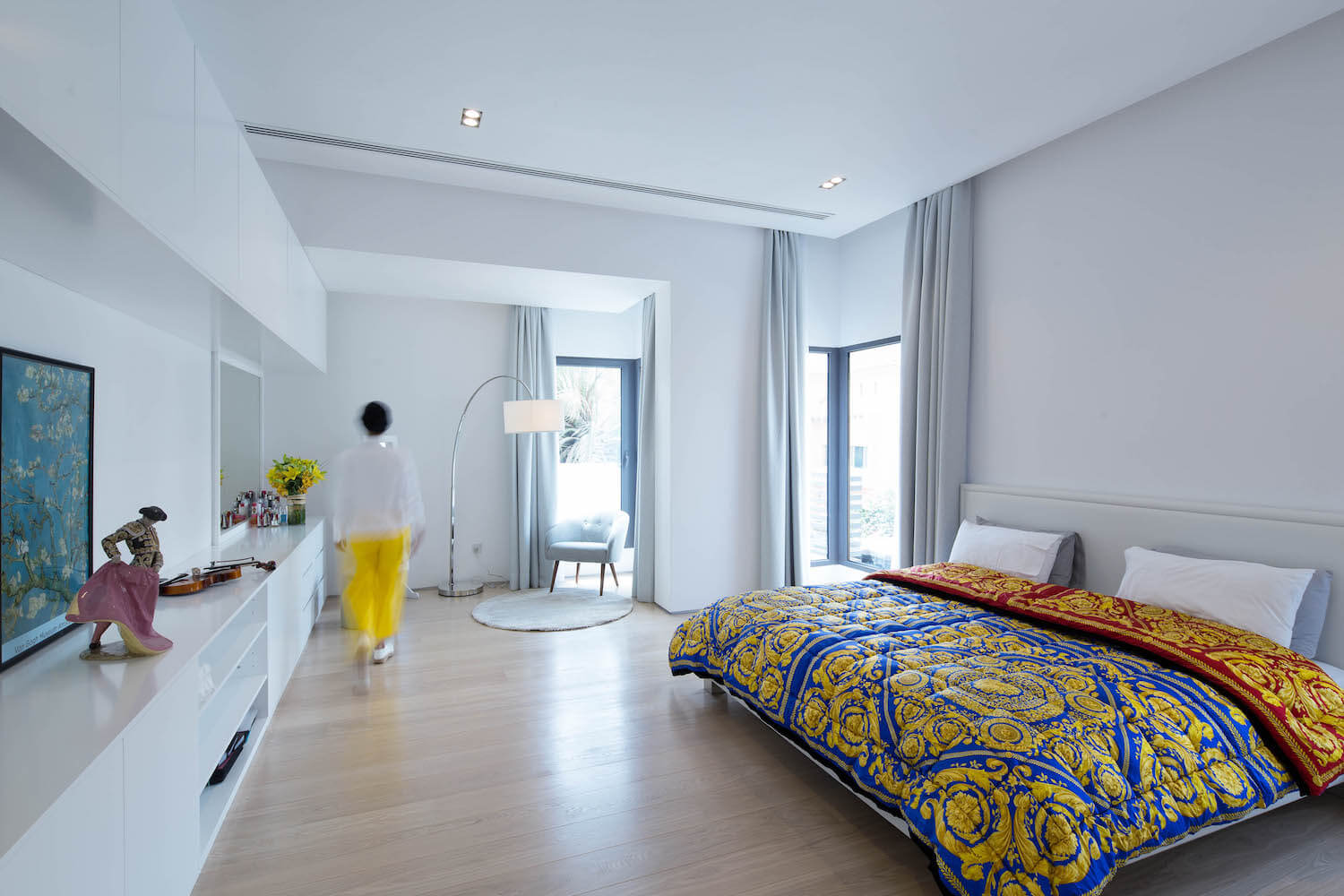 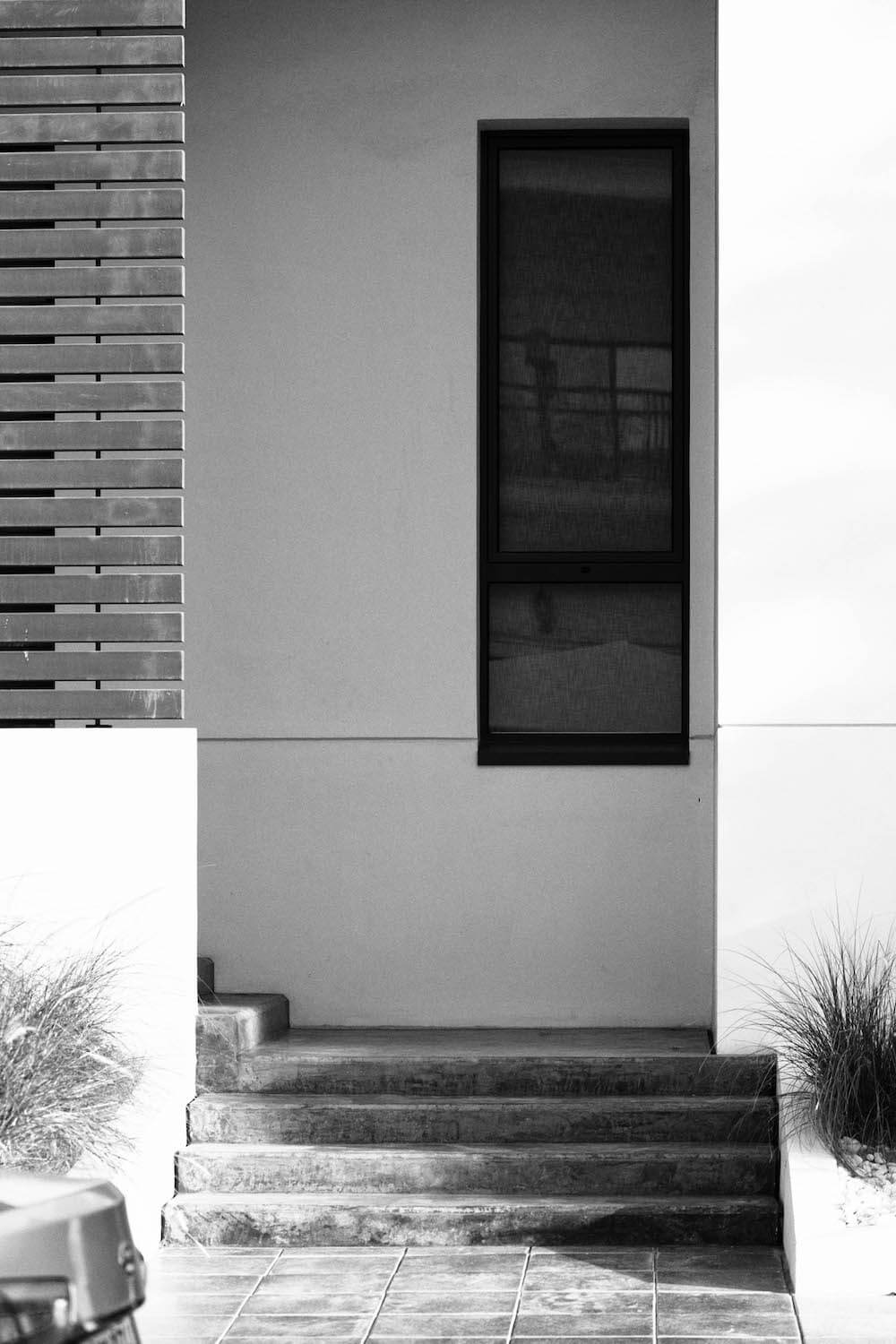 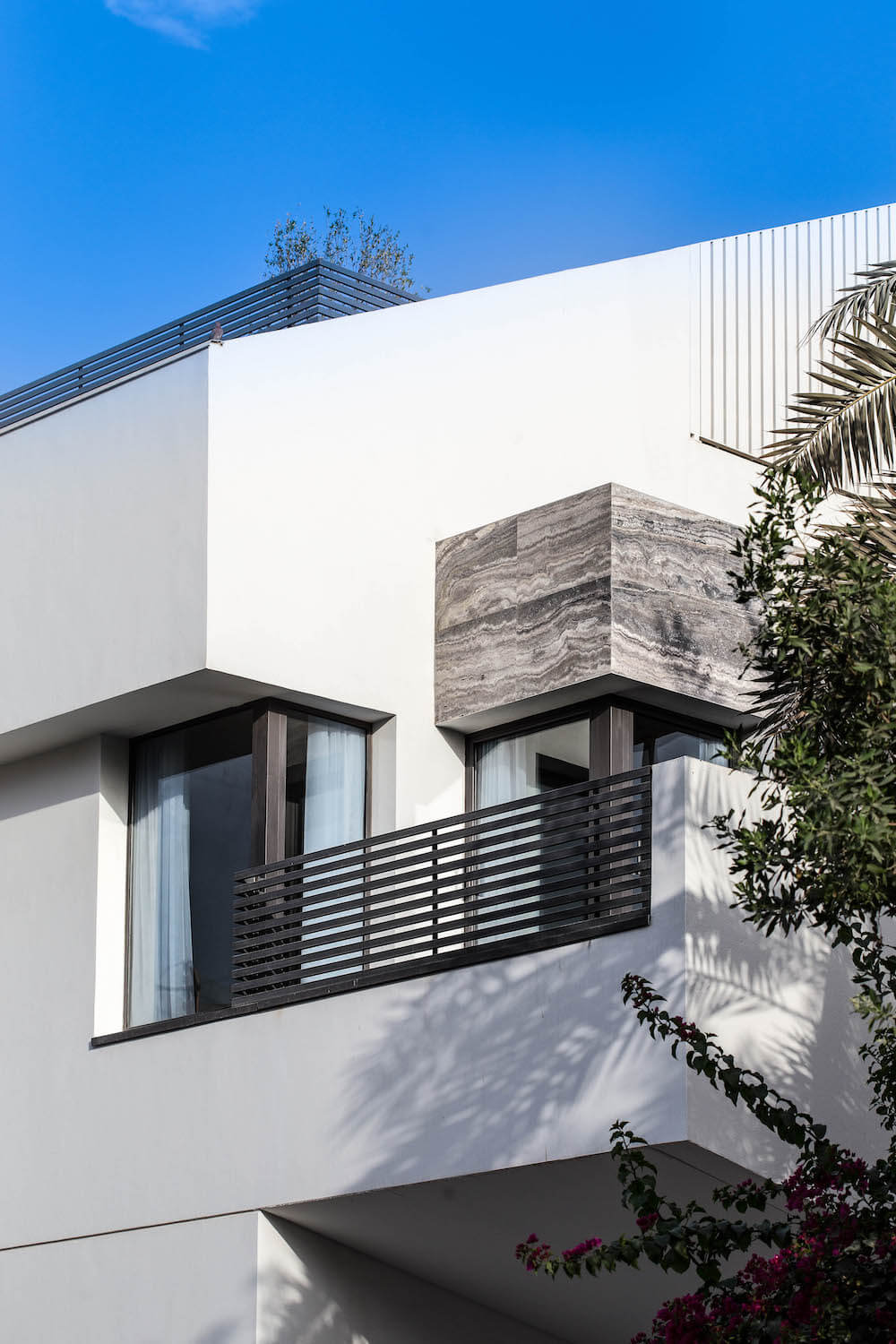 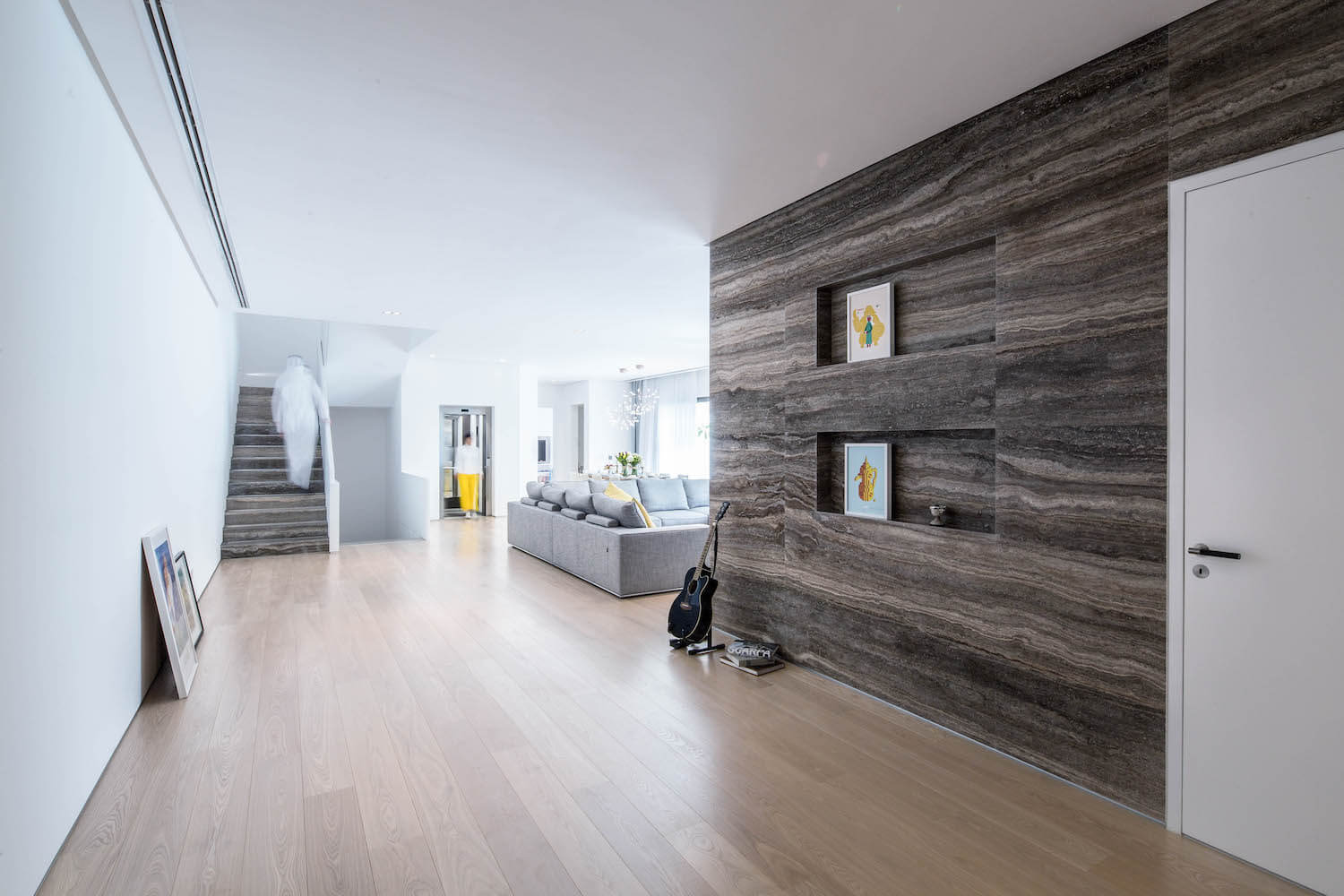 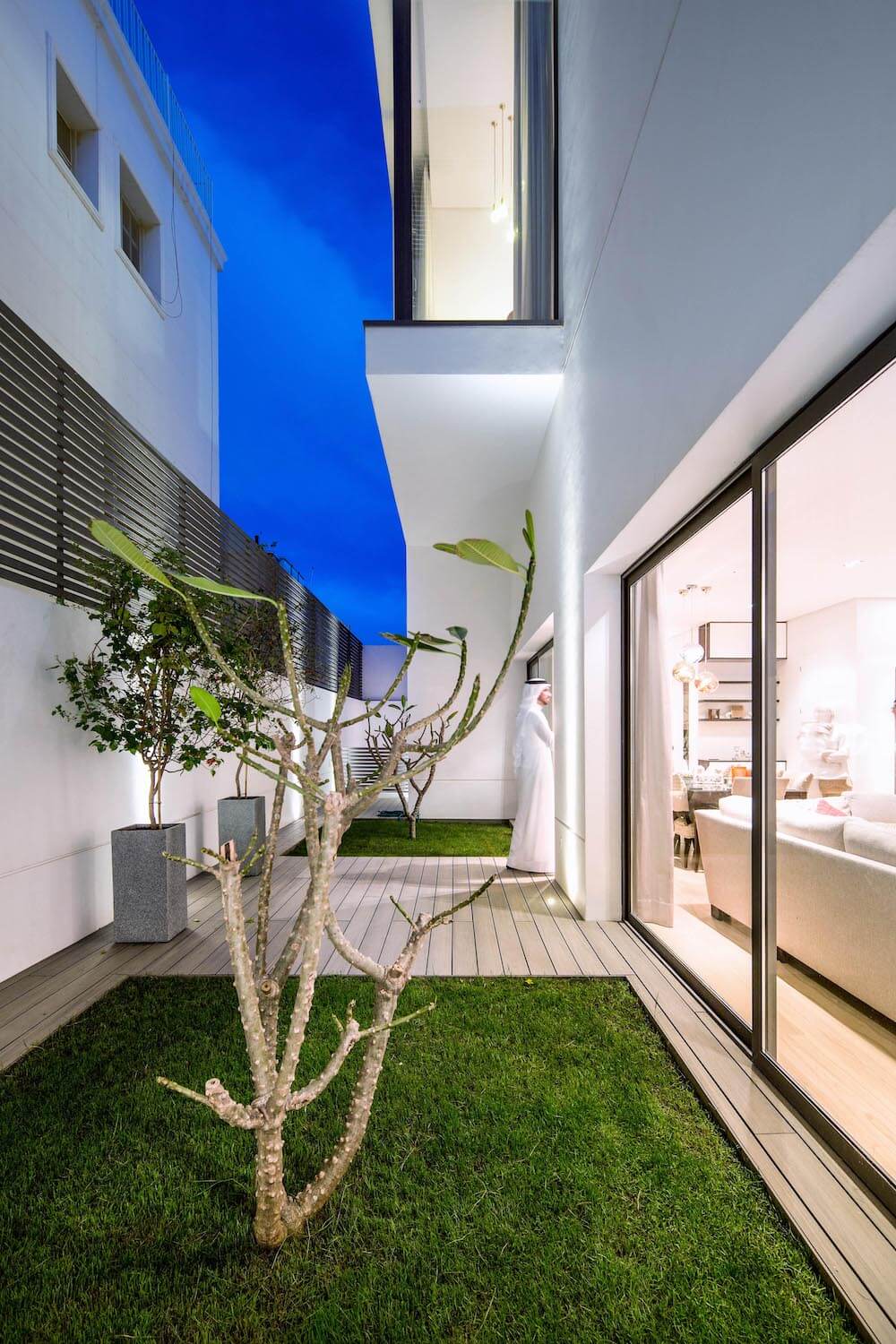 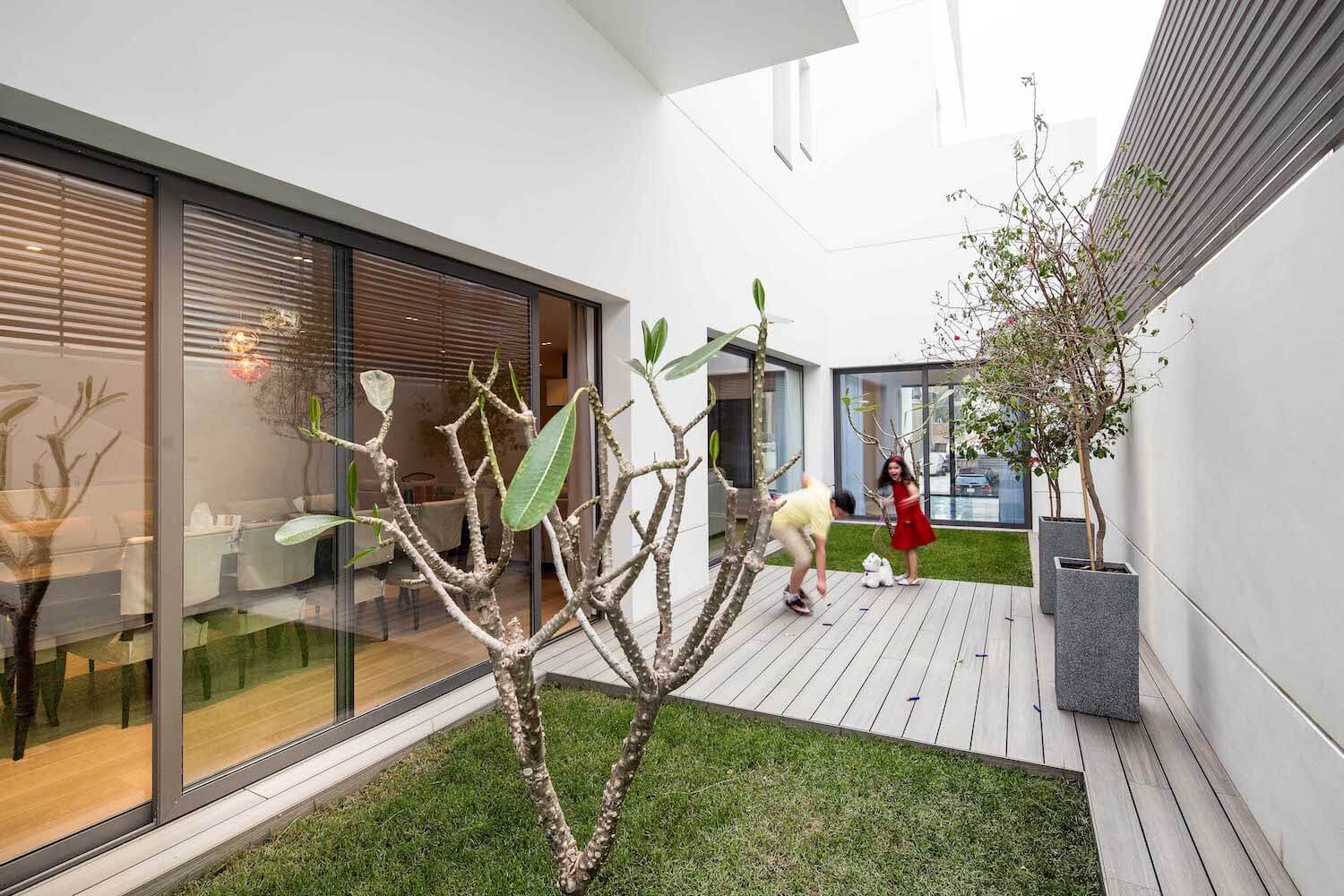 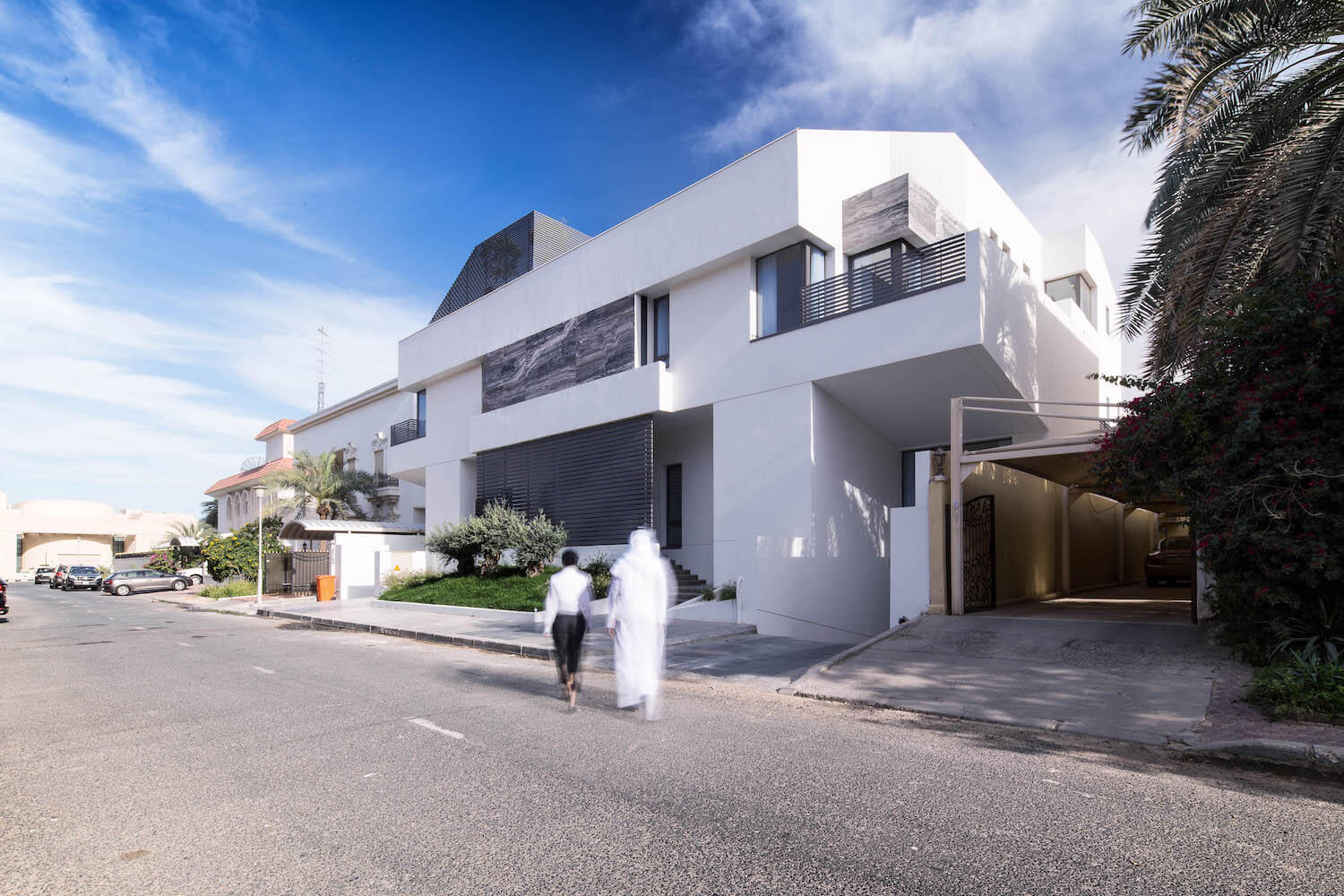 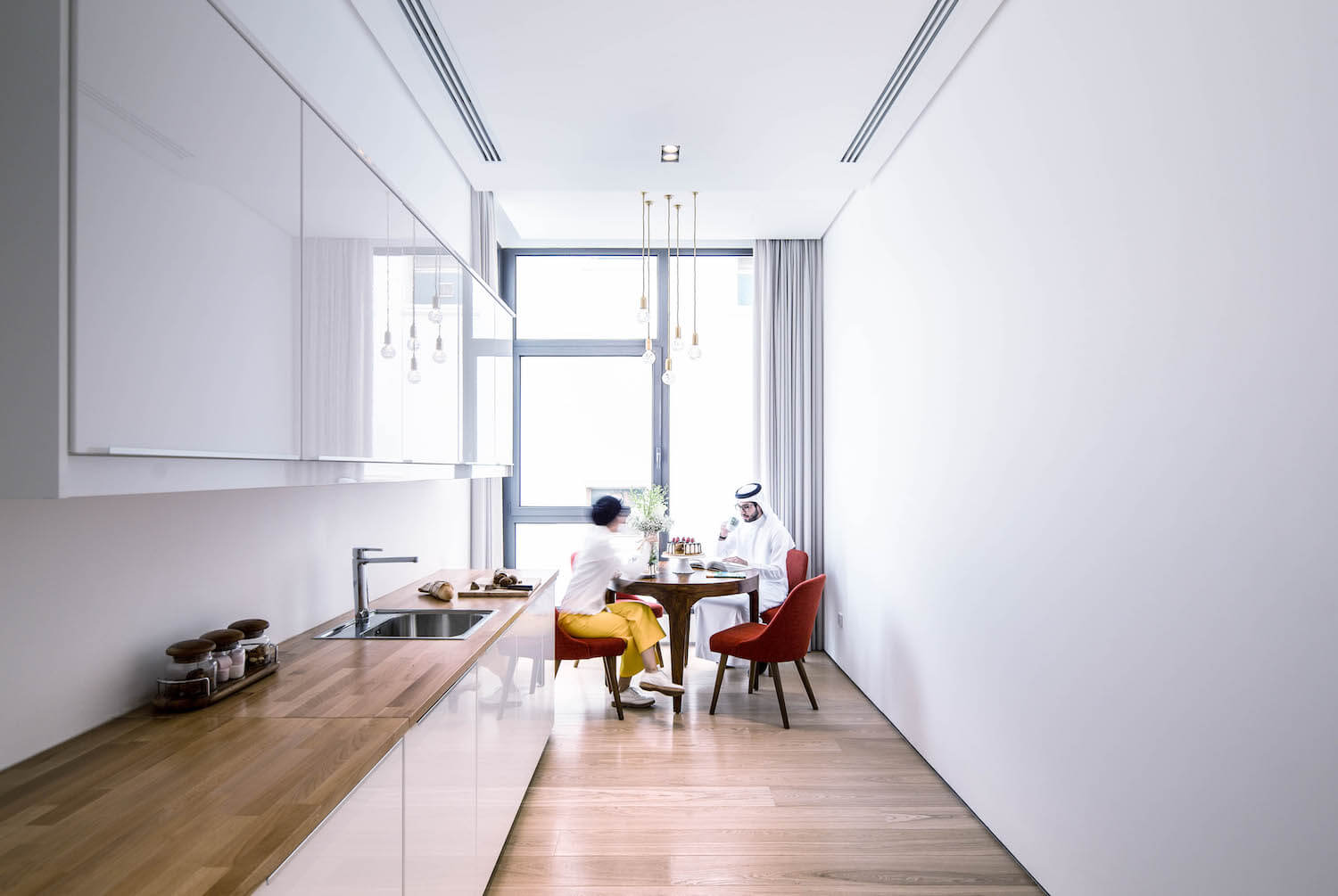 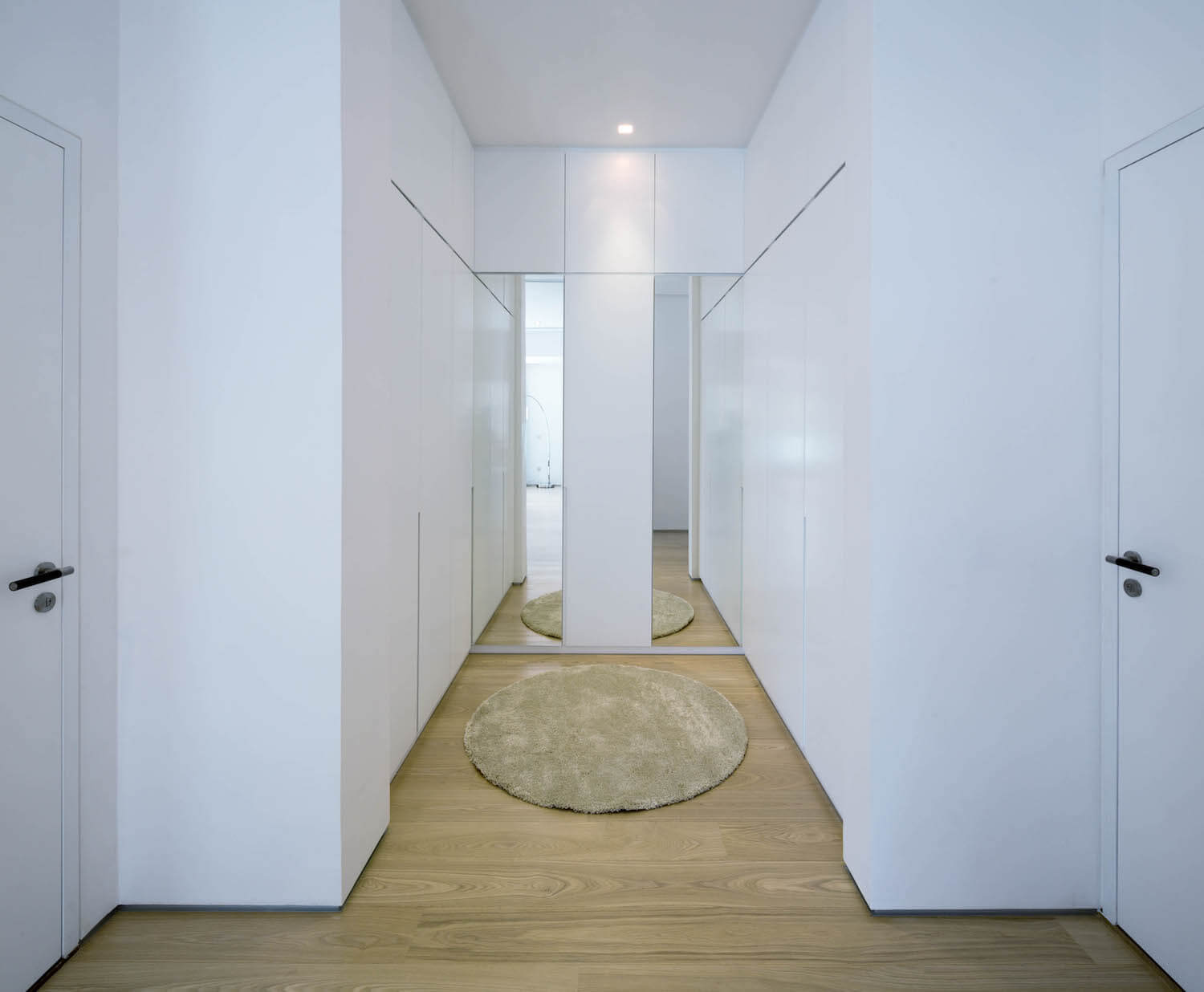 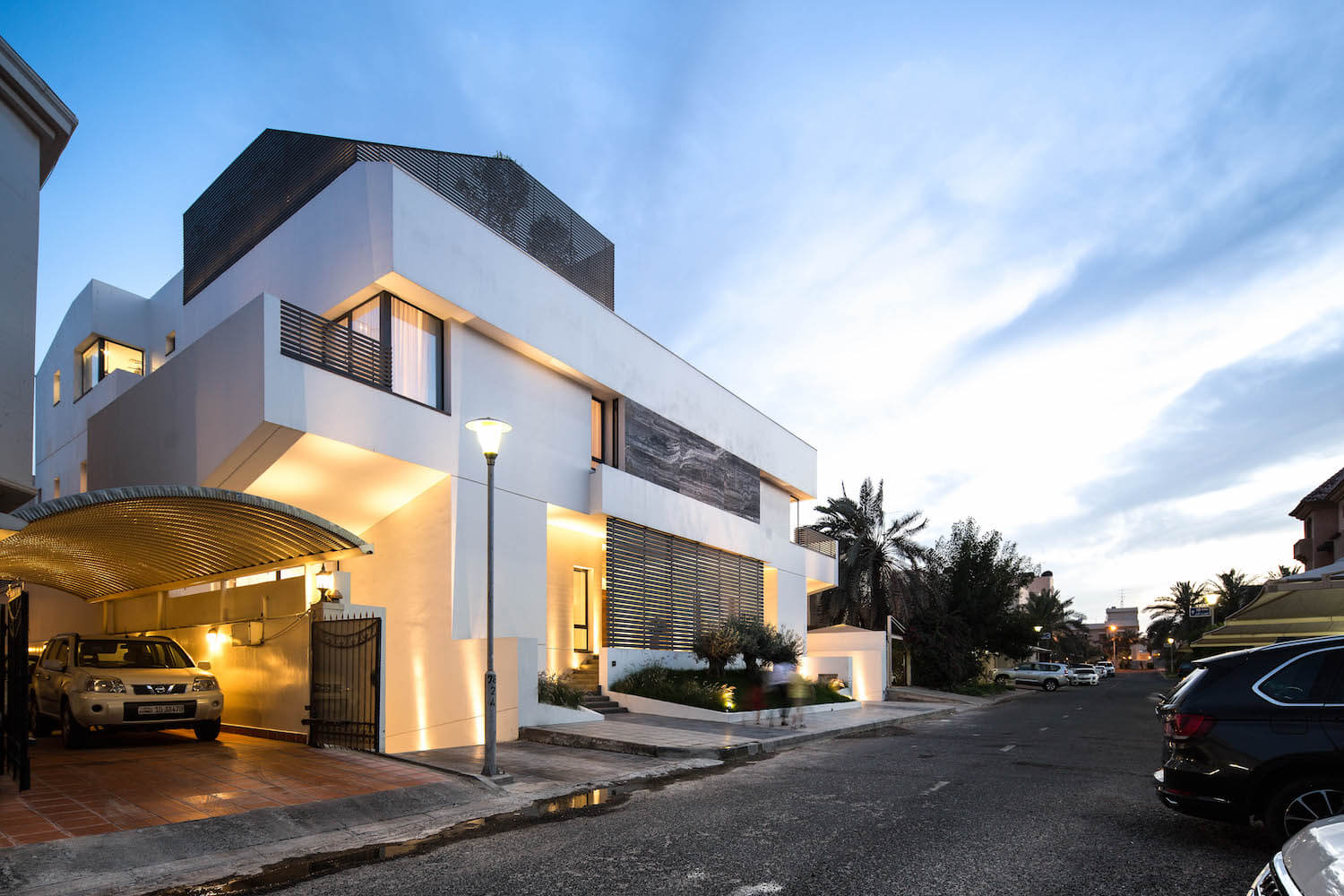 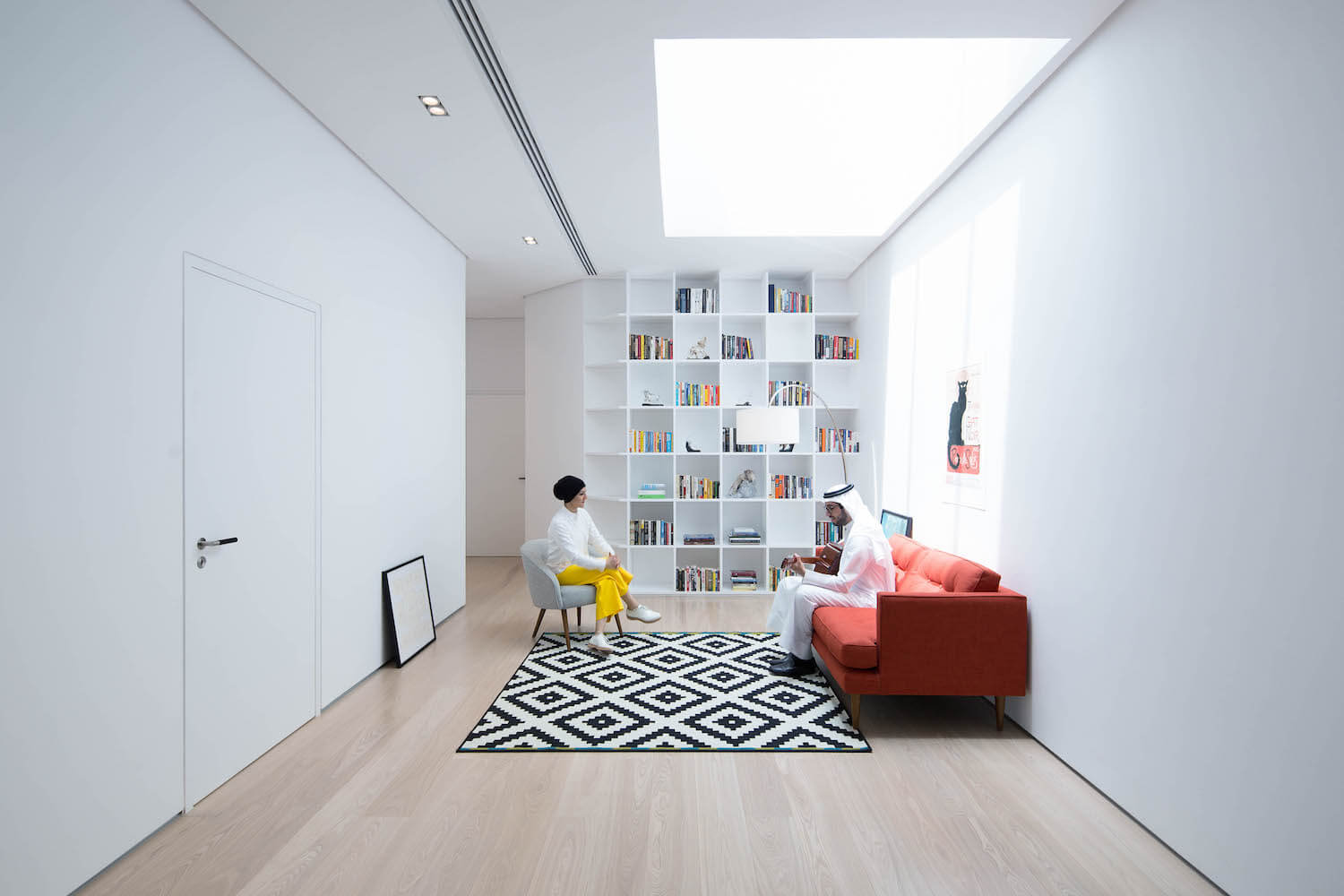 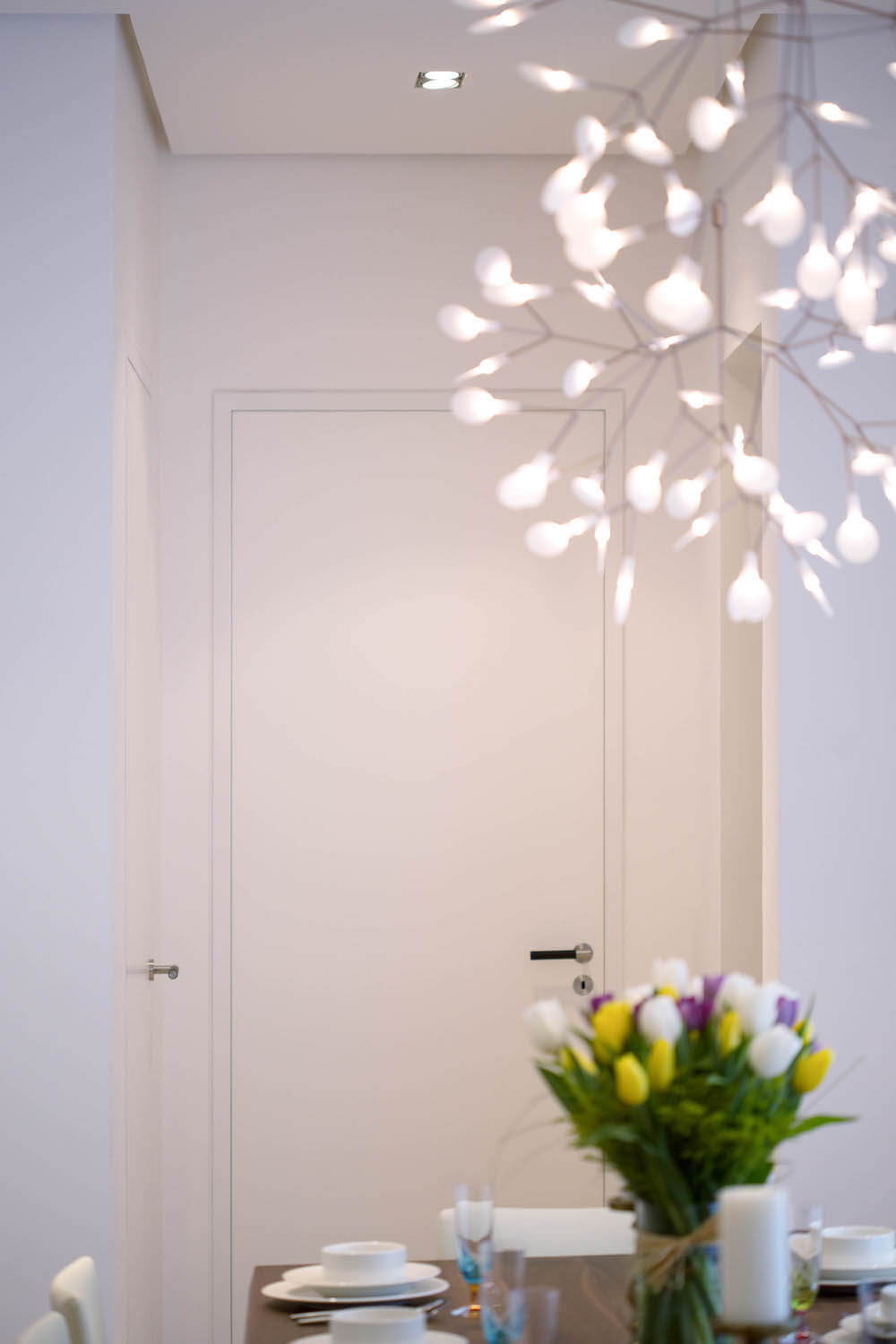 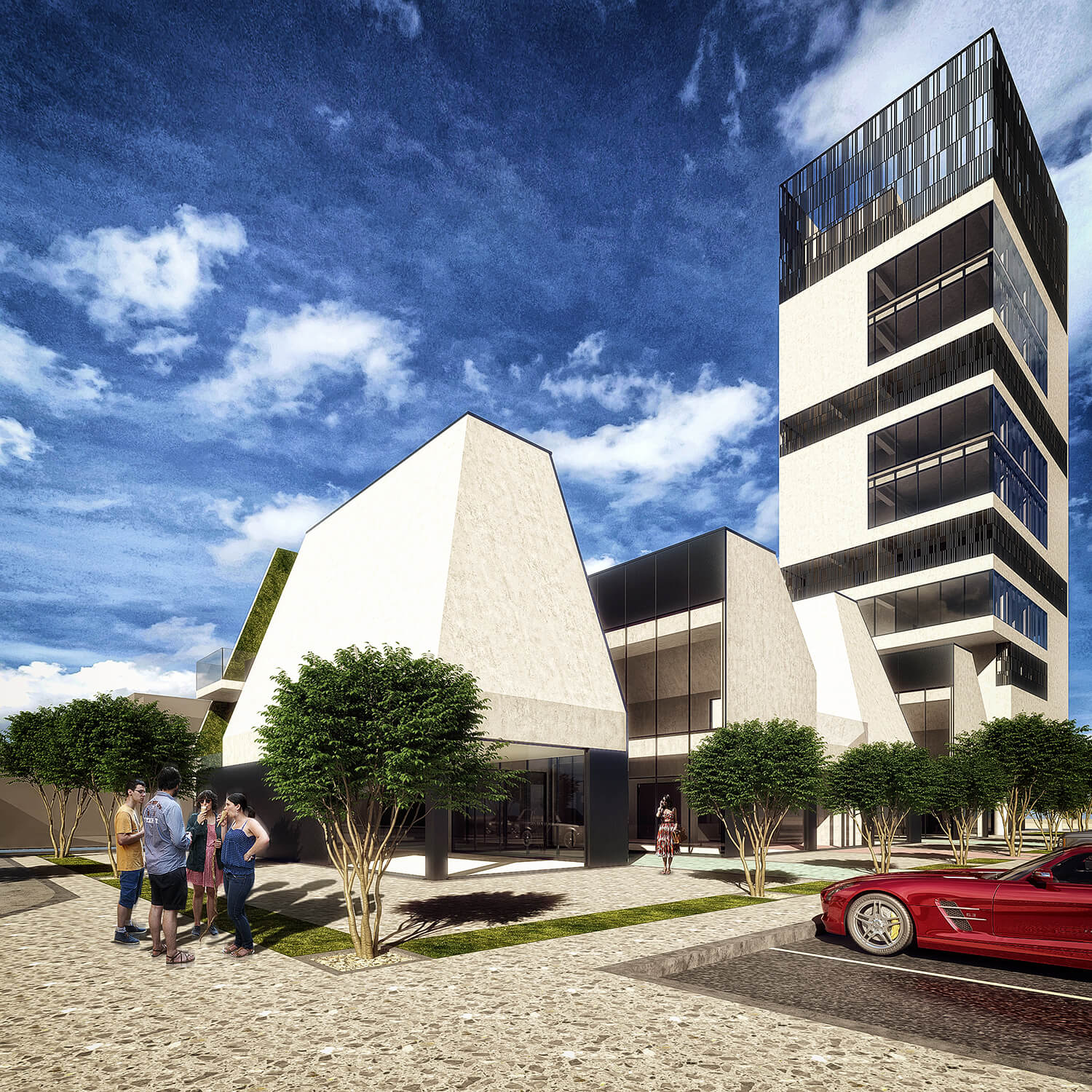 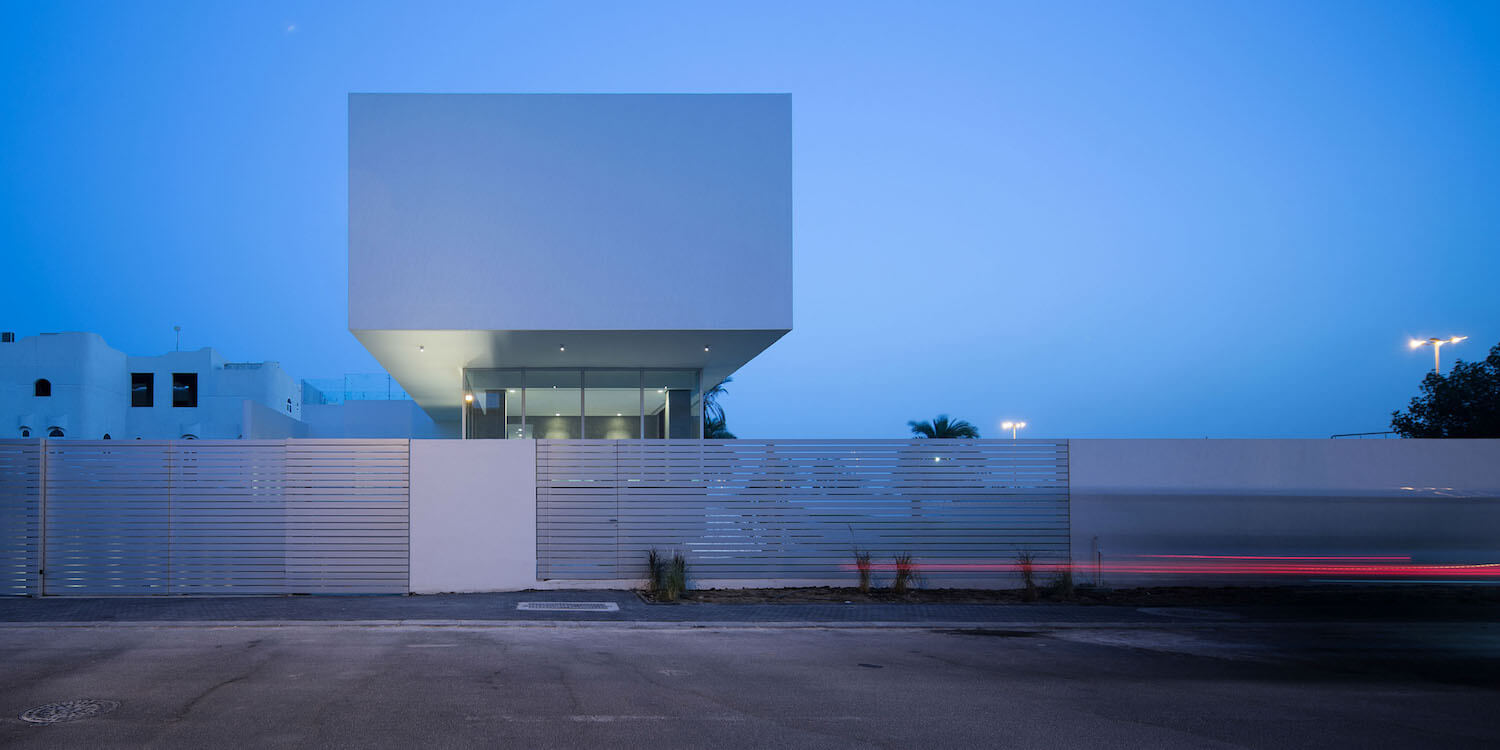