The Apparatus Architects Studio is a small storefront within an 18th CE historical Palace located in central Lisbon. Through time, the palace suffered several transformations, such as the conversion of the entrance halls into mixed-used commercial and office spaces facing the street.

The first impact of the space was a lack of richness and texture, a contrast to the building itself. The space had a very low ceiling, below the height of the windows reducing the incidence of natural light – a lower level in relation to the street where the high windows would frame the different parts of the ceiling.

Something was wrong, we had to strip down the space and leave it bare. Then, from the original wooden beams from the mid 18th CE to the steel beams placed in a recent renovation, it became clear that we could read the history of this building through this uncovered ceiling.

While exploring the references and Architypes found in the palace, we were drawn to the traditional Portuguese brick vaulted ceilings behind a now enclosed space, which used to be a corridor from the patio leading to the horse stables. This Architype would be our response to the issues we were facing and the history we wanted to tell.

Through typological transformations, we manipulated the regular vaults according to specifics parameters of positioning and scale: measurement, identification, locations of the beams and the positions of doors and windows, all to ensure a maximum incidence of light in the studio. The result was accomplished, needing then craftsmen to build it.

Craftsmanship was the final stage of our conception, the beginning of a conversation, a journey, with the incredible carpenters with skills passed from generations, that made this a real, semi digital, but entirely manual process. 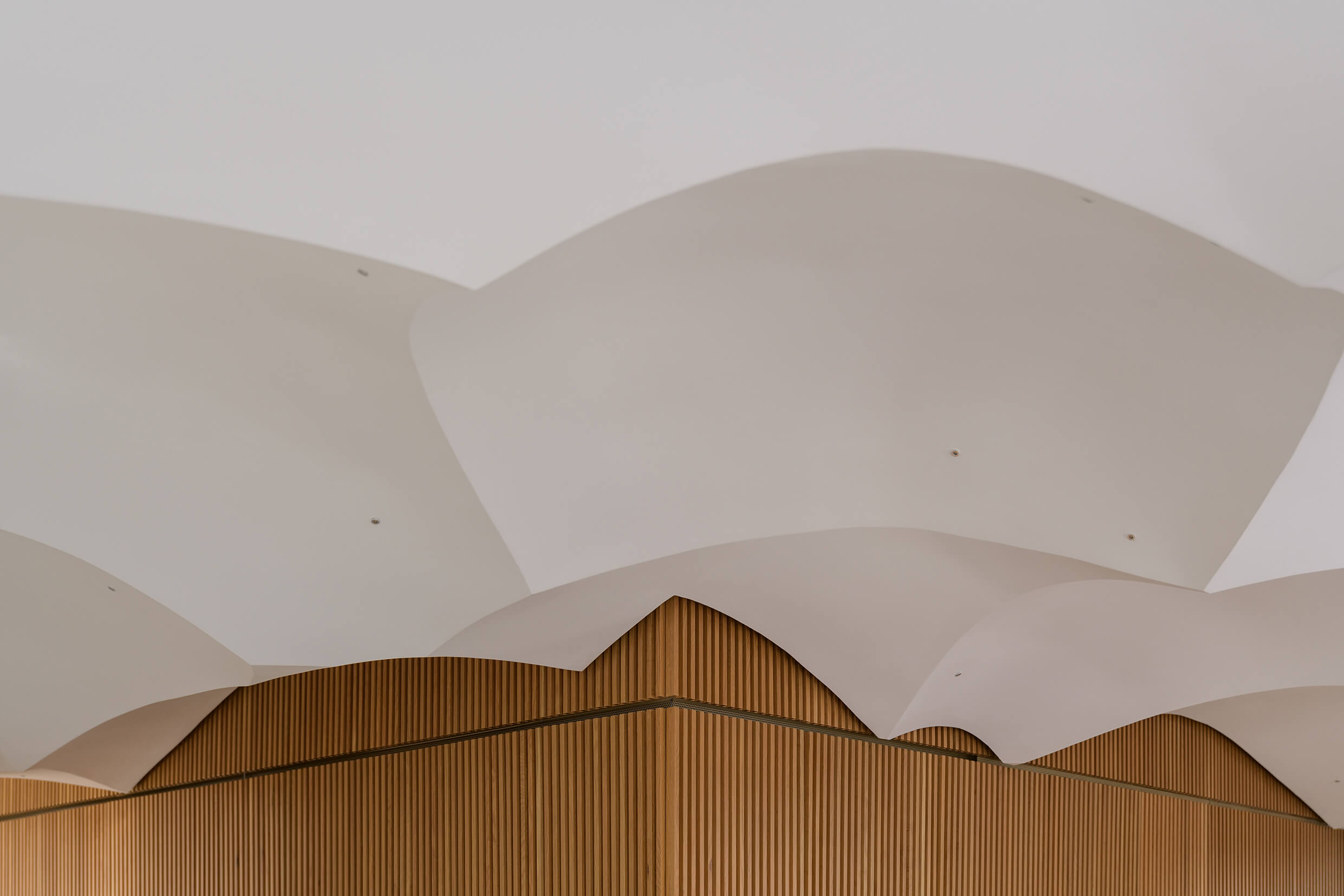 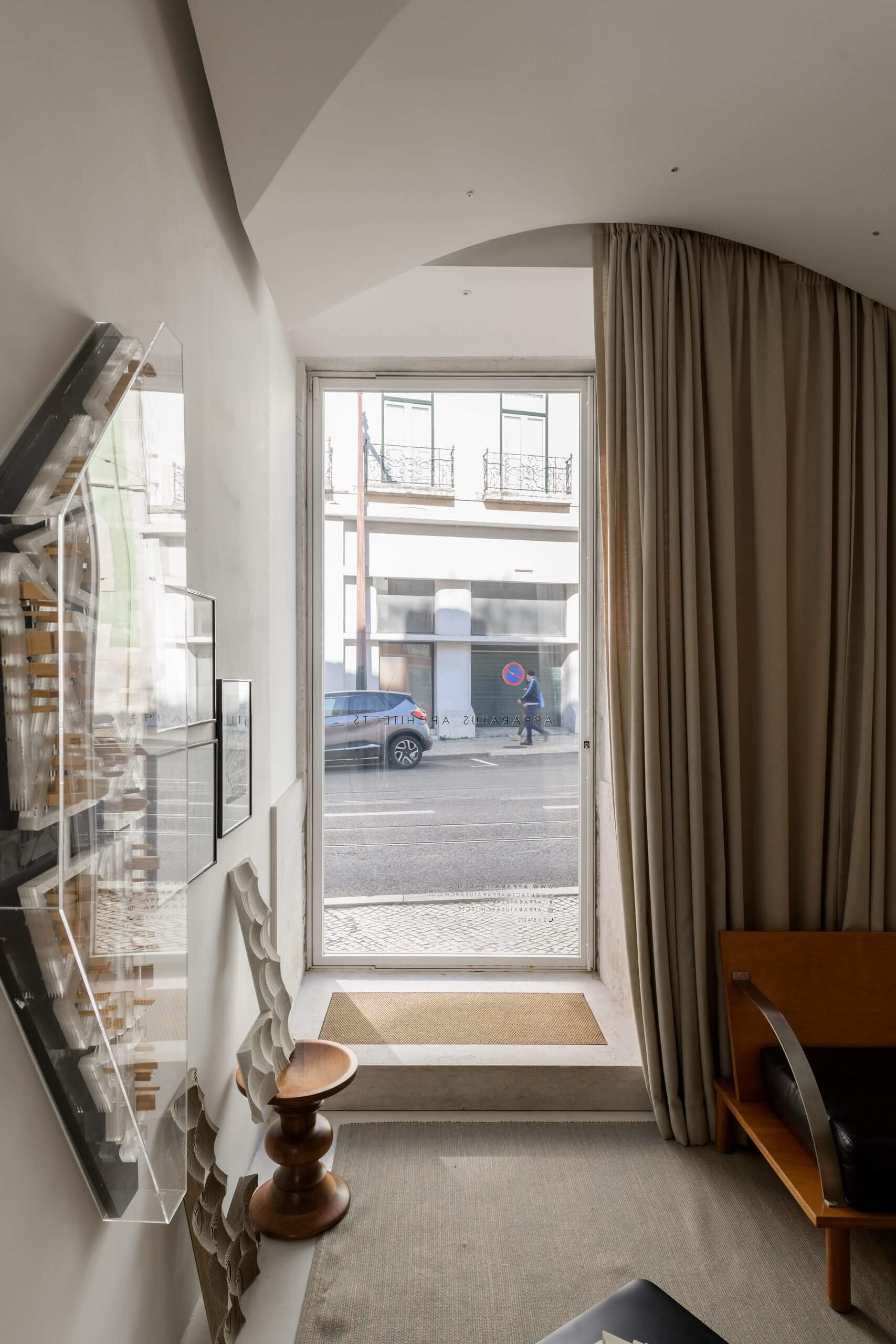 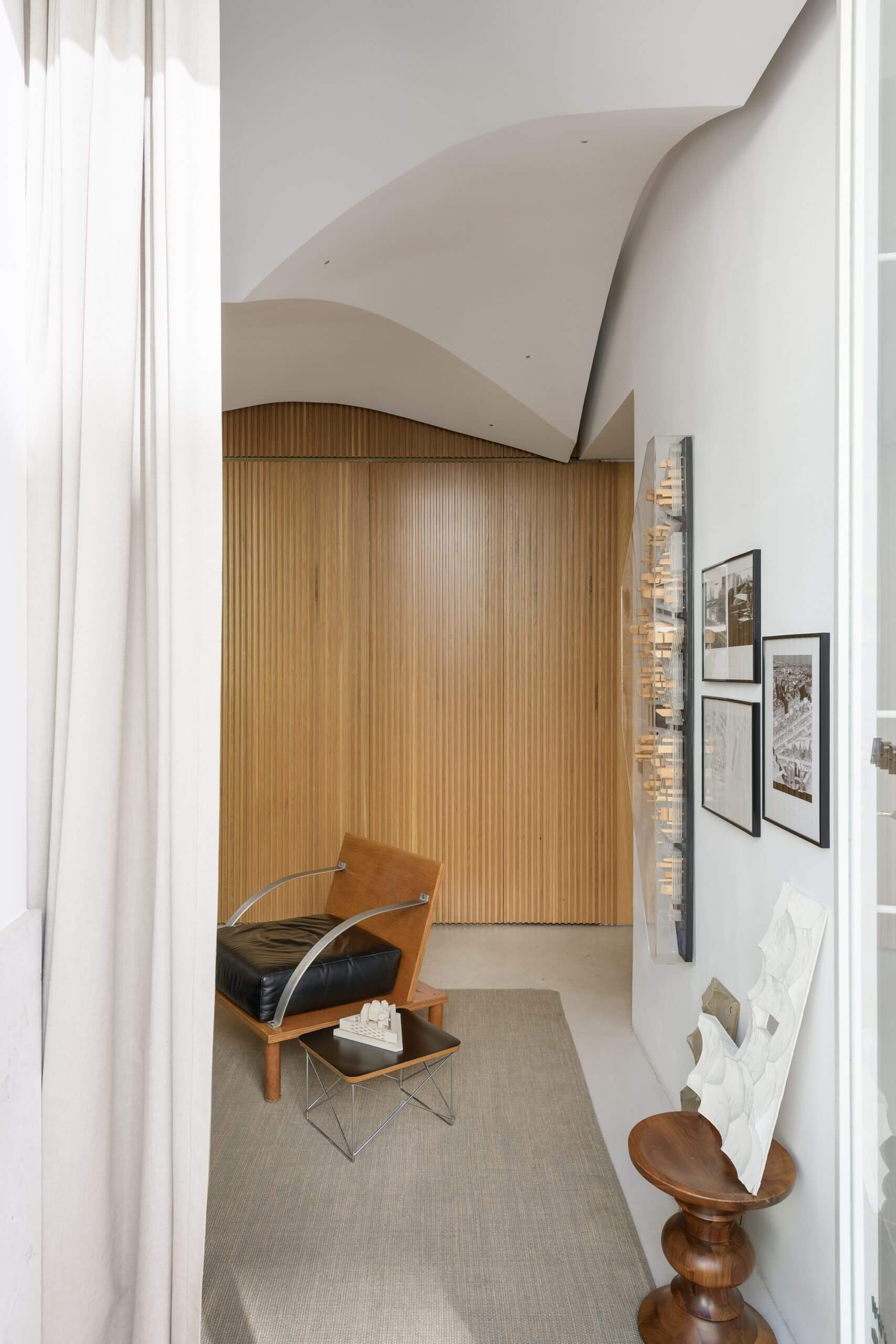 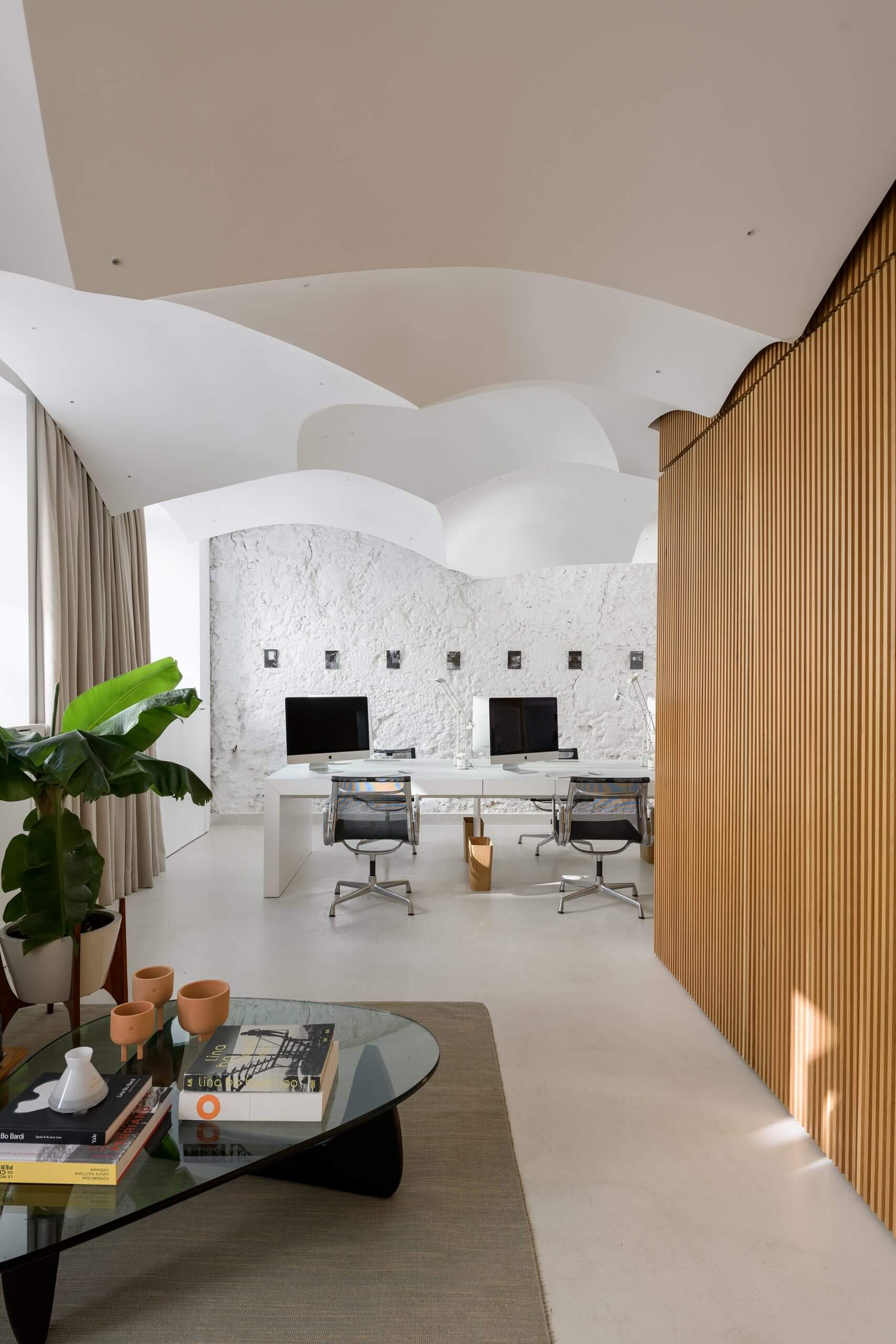 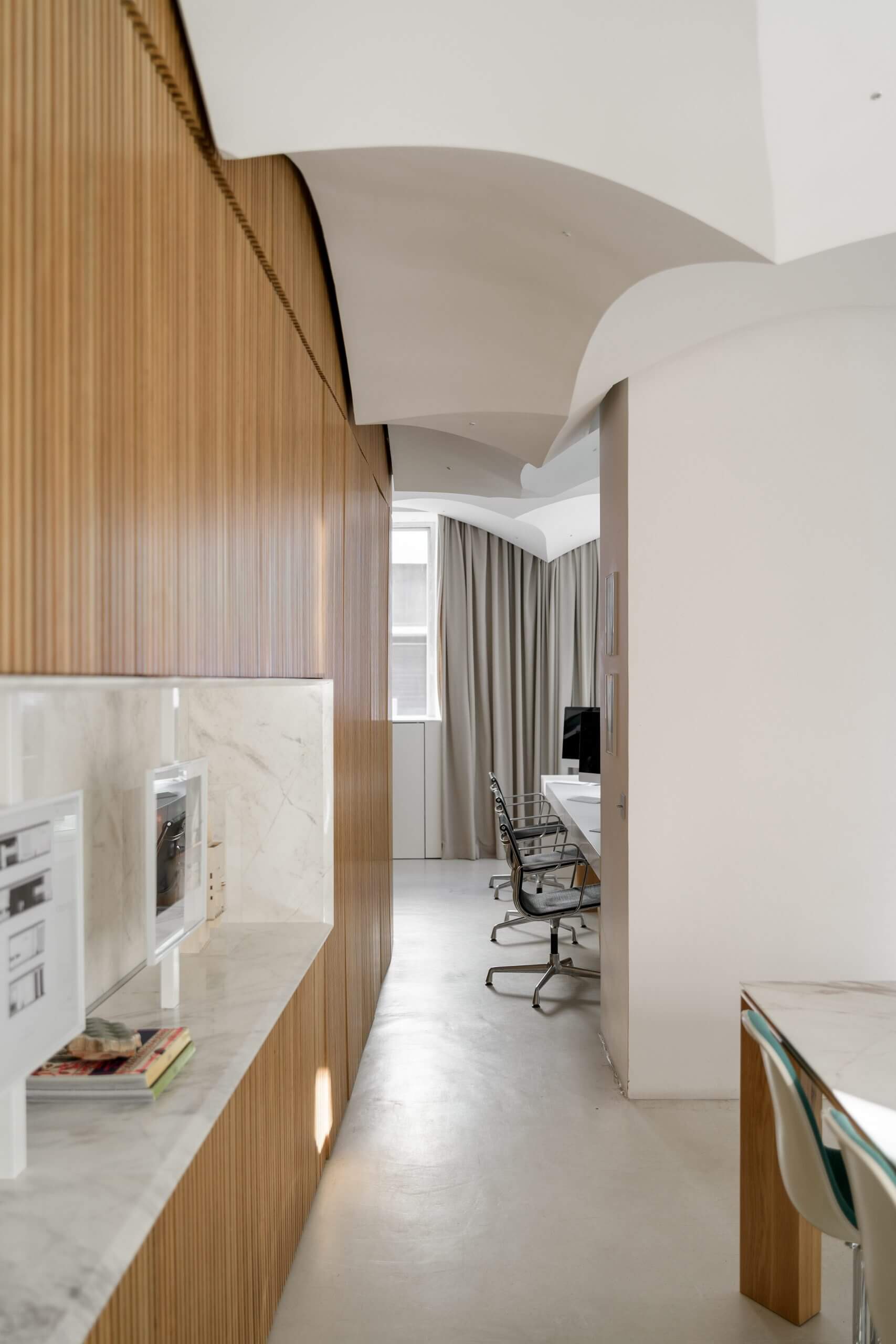 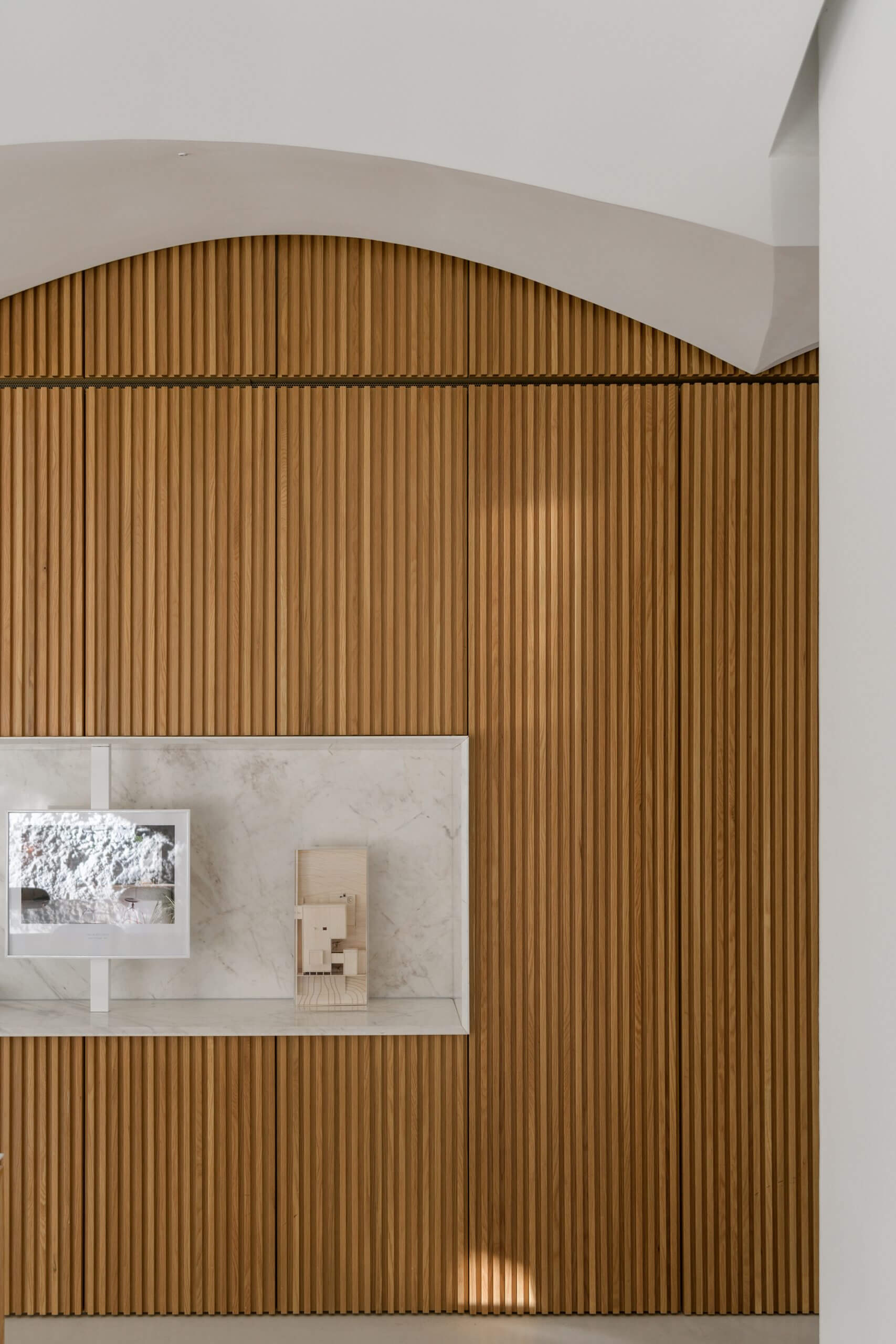 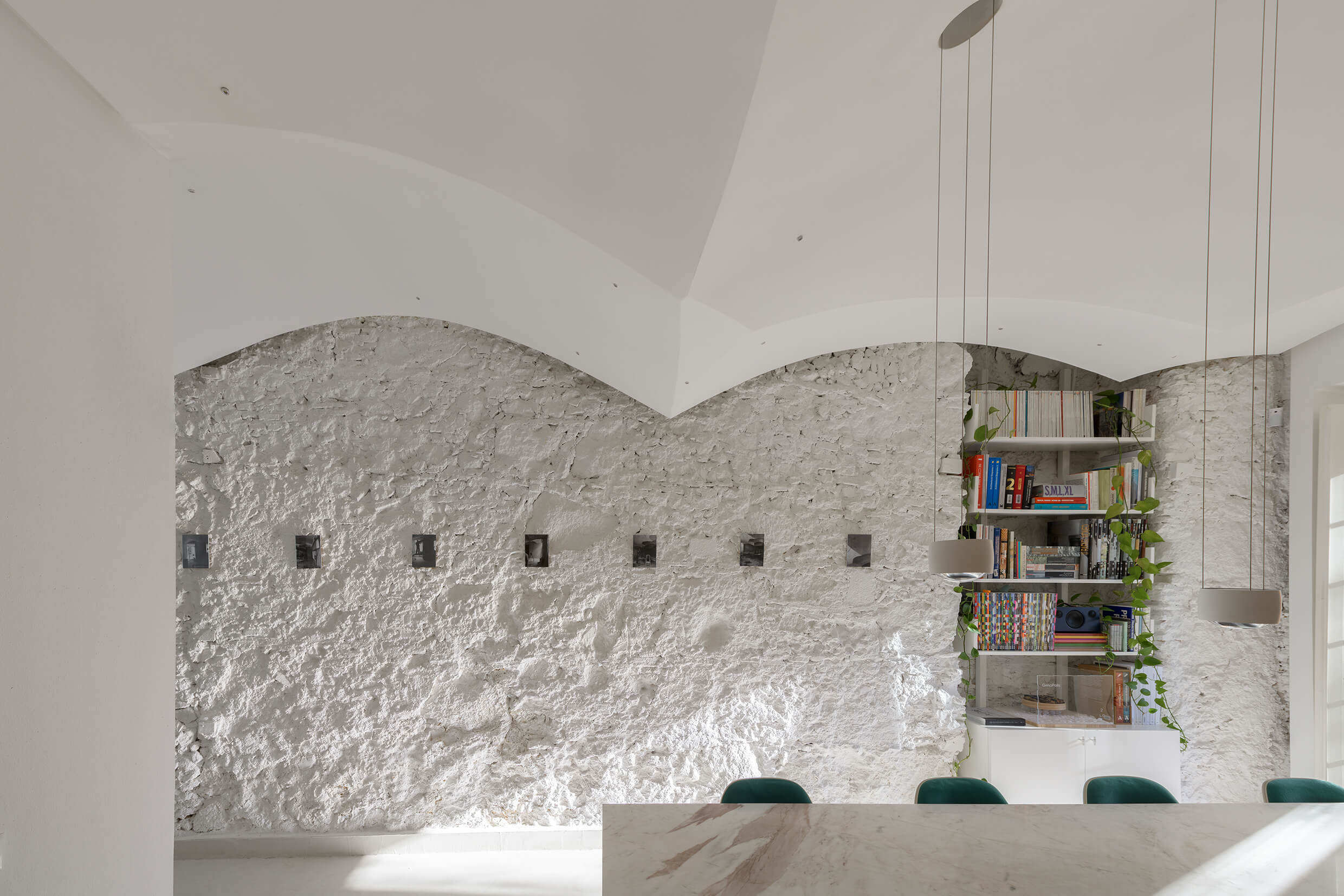 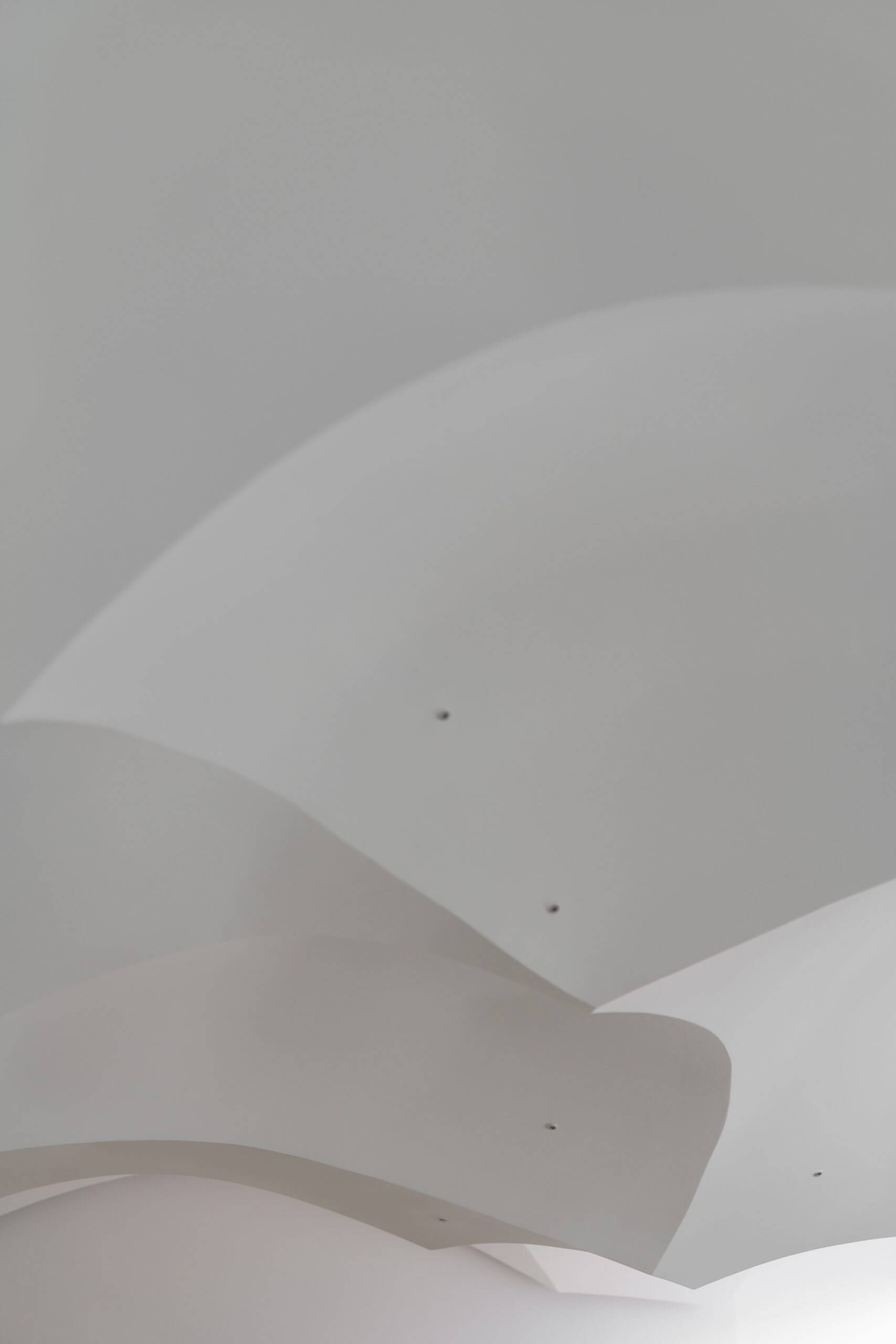 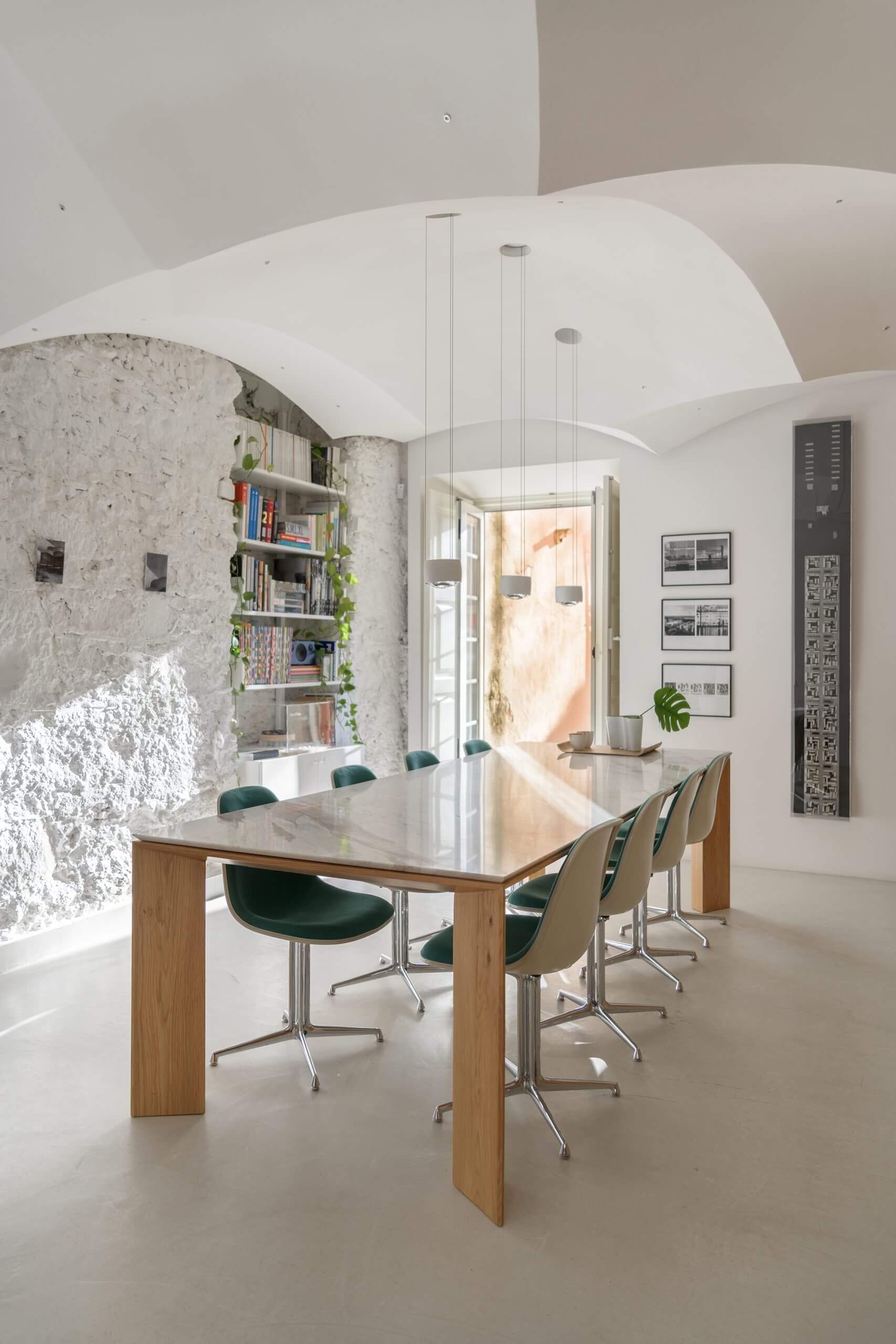 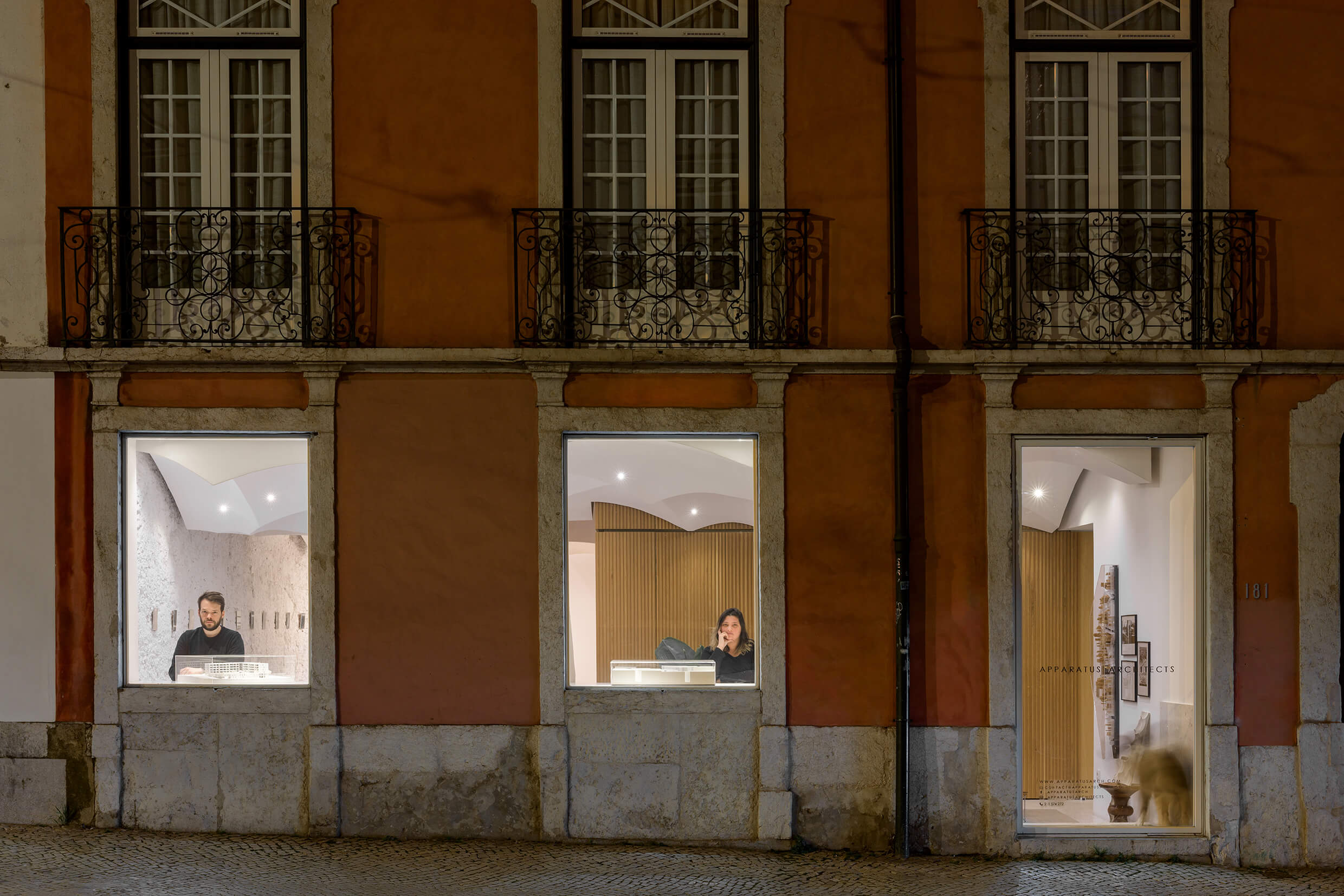 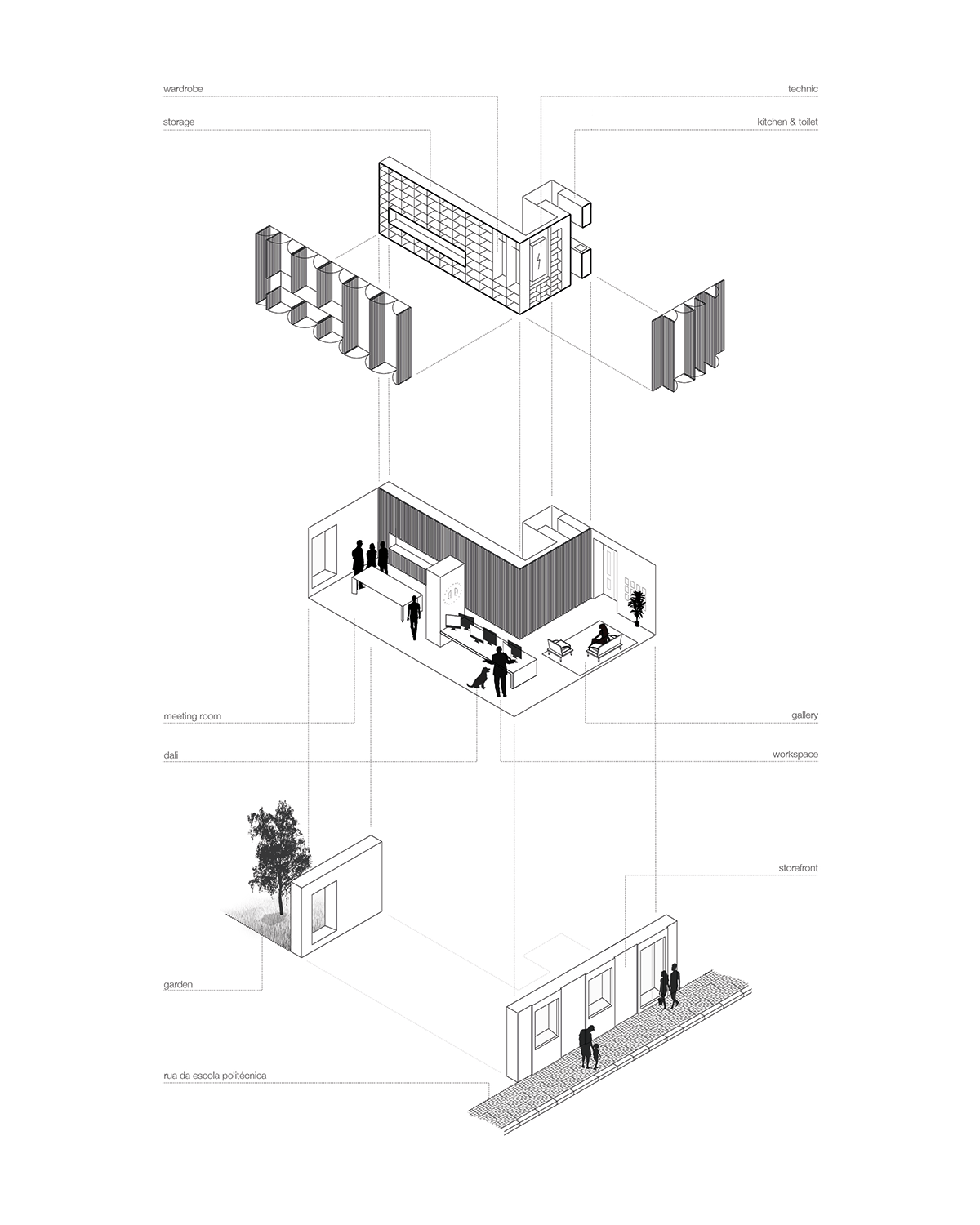 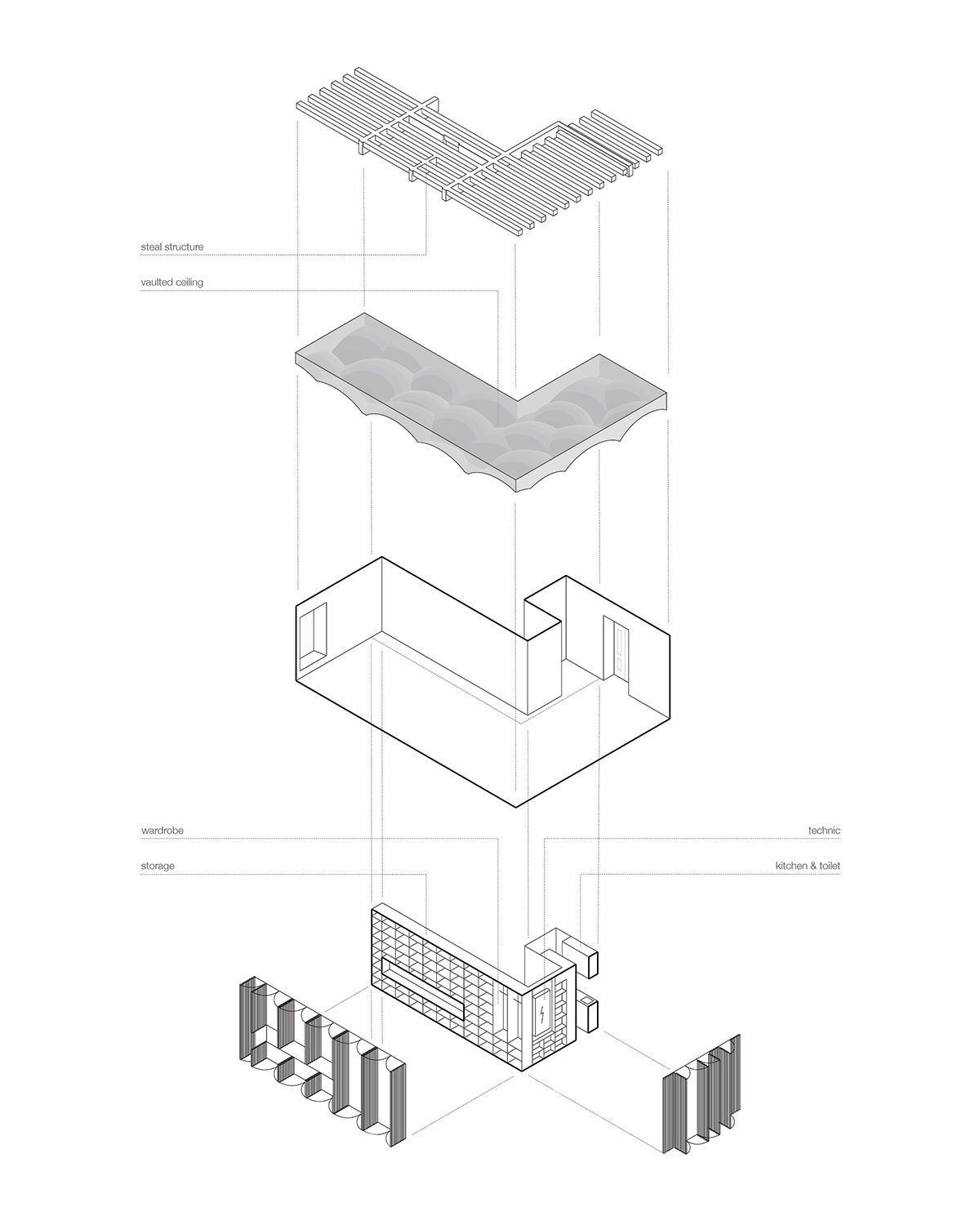 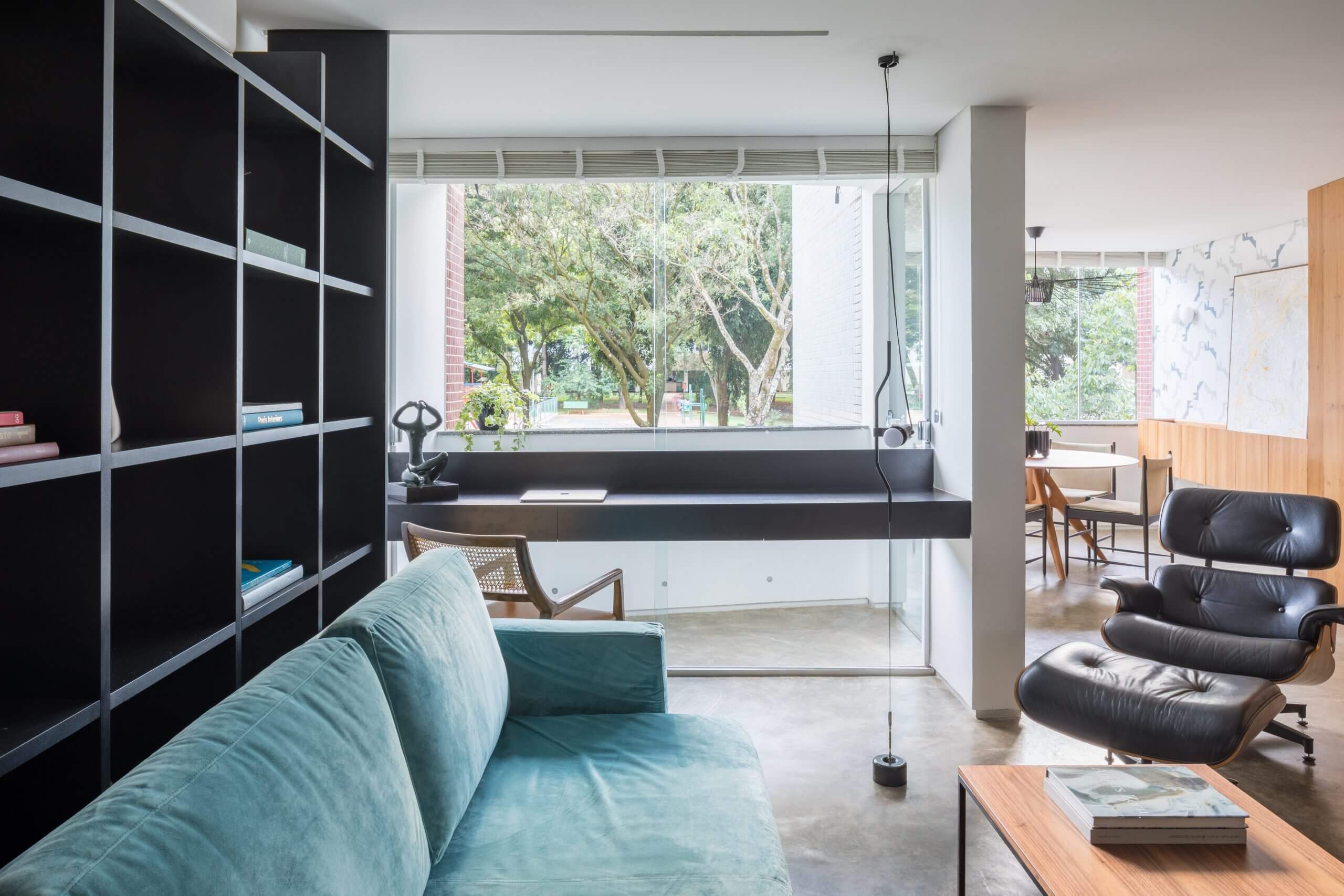 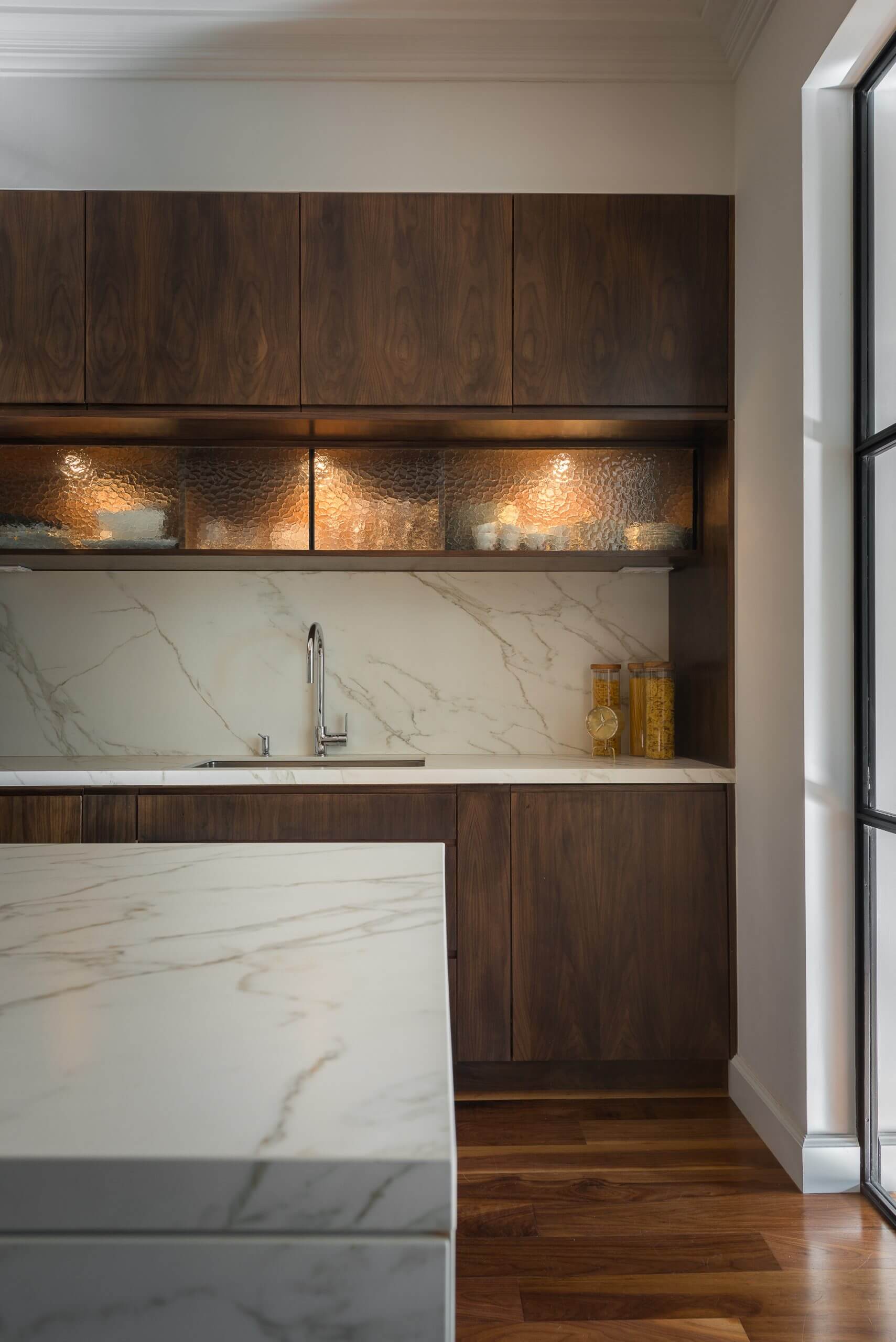