The house consists of a new body, with a similar volume to the pre-existing building. The geometry of the preserved facade, facing the street, served as a matrix, to the levels of the floors and the layouts of the plans.
The programme is articulated and segmented by floors : the ground floor, which acts as an entryway; the two floors immediately above it, which contain and separate the most intimate areas of the house: the children’s and parents’ bedrooms; and in the upper two, permeable to each other, are the social spaces: the living room, where the old loft used to be, and immediately below the dining room, terrace and swimming pool, take a view of the city.

The form was generated by the play between context and content. The particularities of the site – on a hill, in a historic urban fabric – namely its position within the city and towards the city, offering wide views of the landscape, were the source of the adopted strategy. The design swings between the confinement of the historical site and openness towards the horizon. On one hand, the preservation of the relationship with the surroundings, the street, advised a silent intervention; on another, the presence of the city demanded an eagle’s nest. The old facade was joined by a reinforced concrete structure, which is the central element of the building’s organic: the two support elements placed at either end are joined by the vertical circulation elements (staircase and lift) at its East side, and sanitary and technical installations to the West. The space between the two is freed to be used by the inhabitants, establishing a hierarchy among them: the servitors and the serviced, to whom a preferential relation with the city is made possible.

The whole building relies on material resources and technologies common in Portugal: reinforced concrete, wood, lime stone, hydraulic mosaic. They are used seeking to avoid excess. Structure and conformation of space are inseparable. Design, attention to detail were the tools to dominate and accommodate all things, seeking naturalness through artifice. 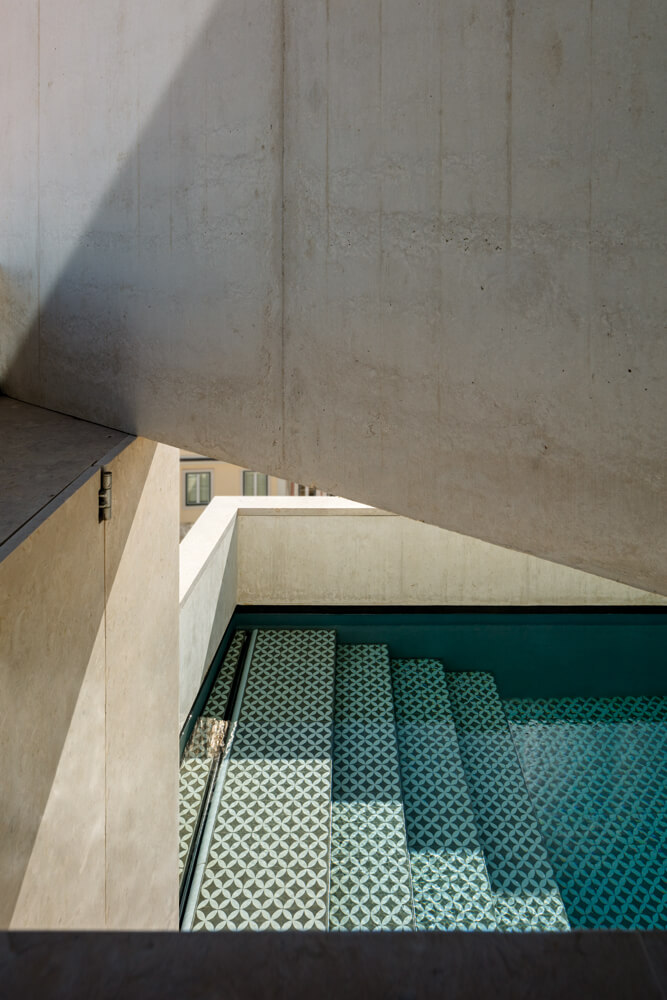 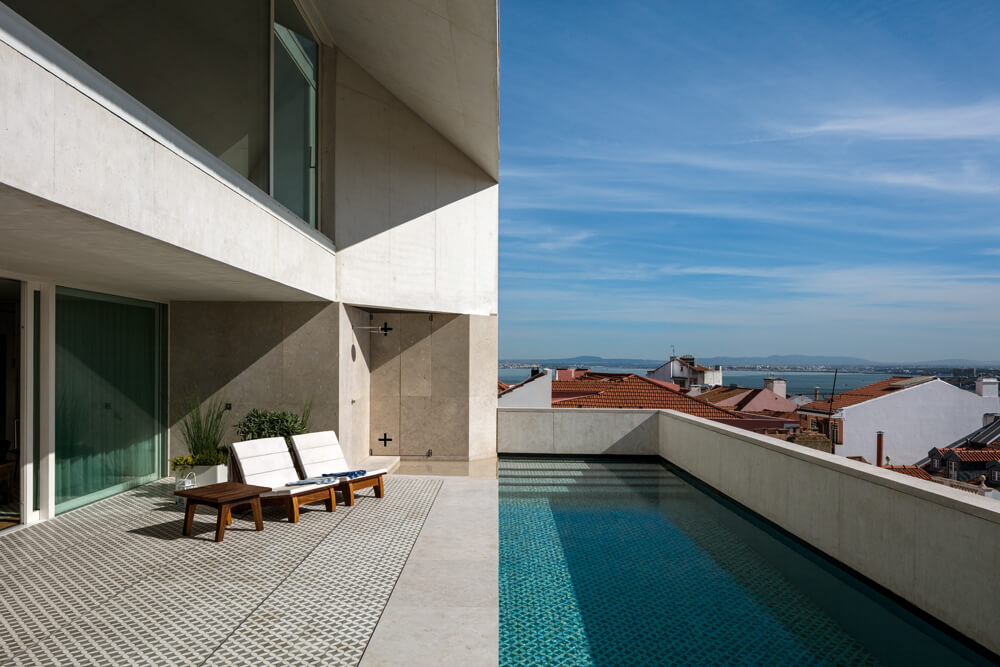 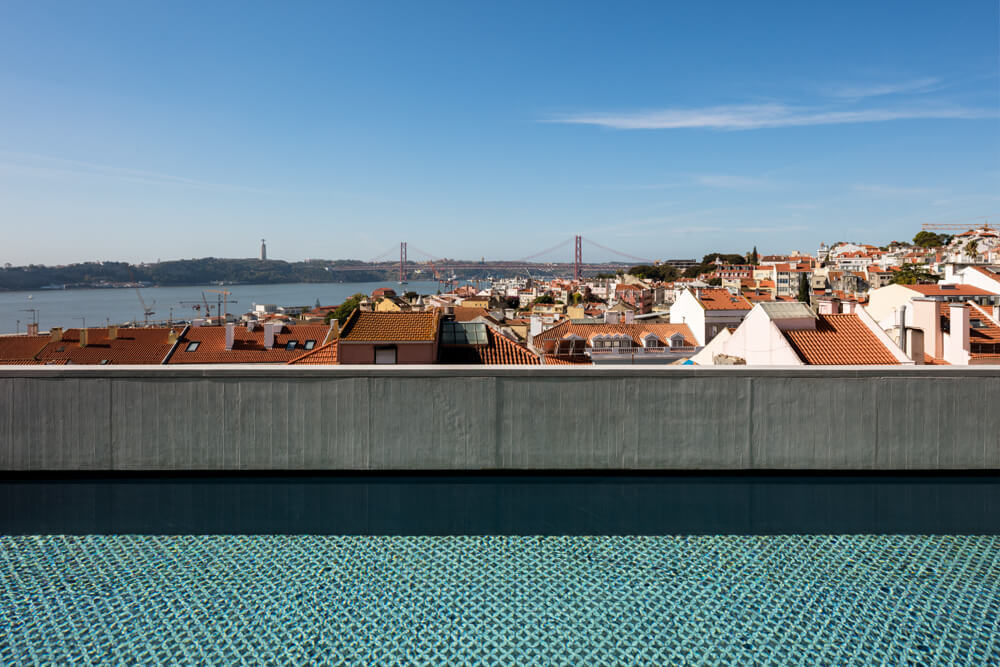 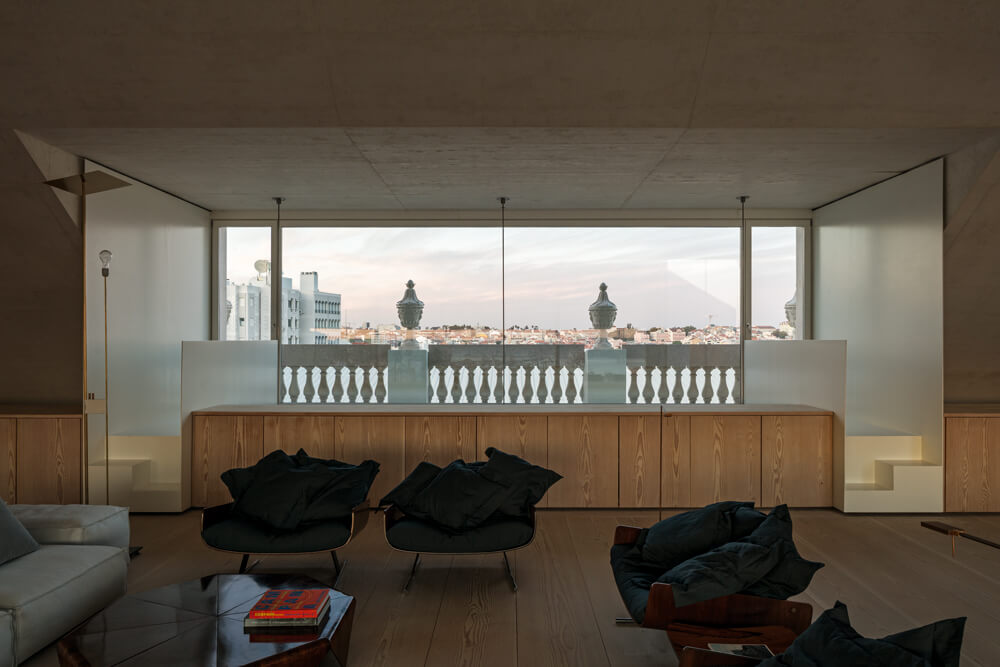 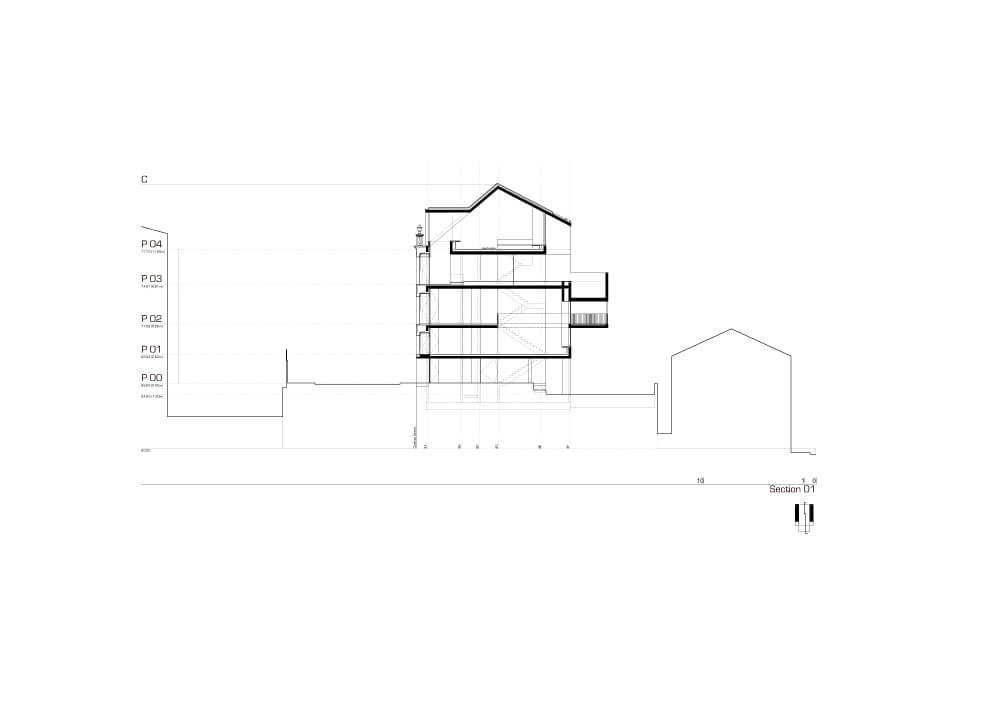 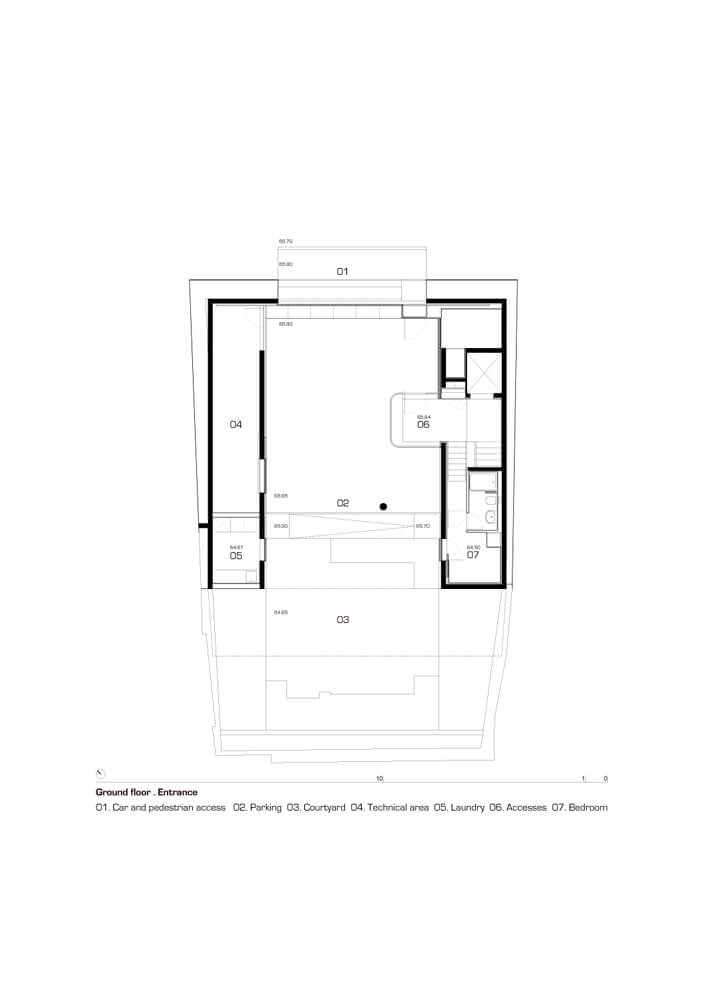 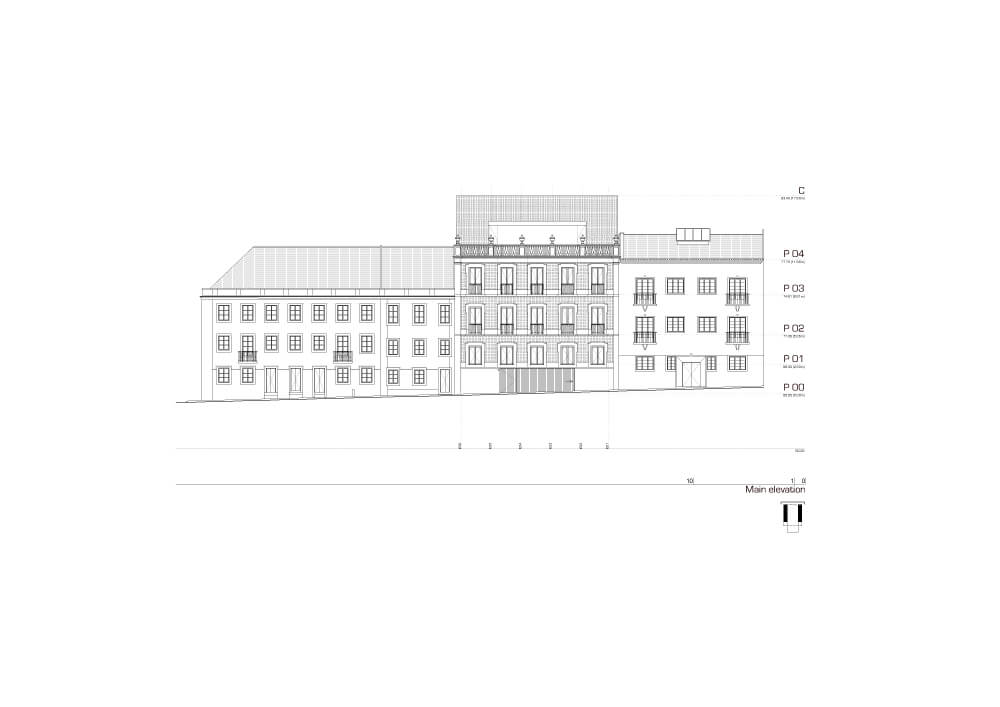 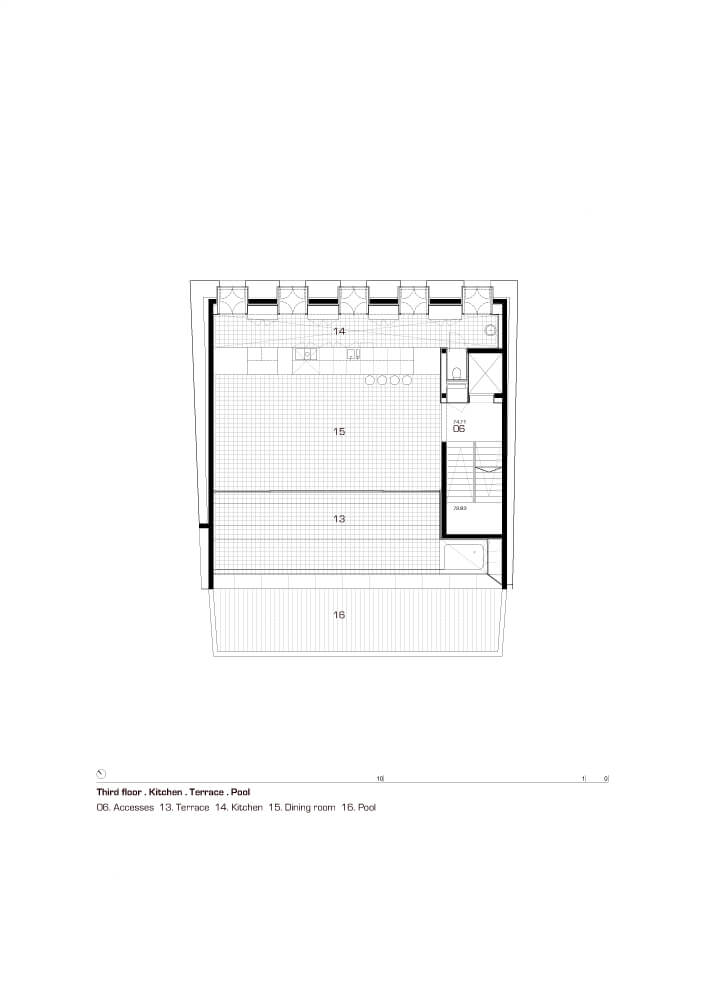 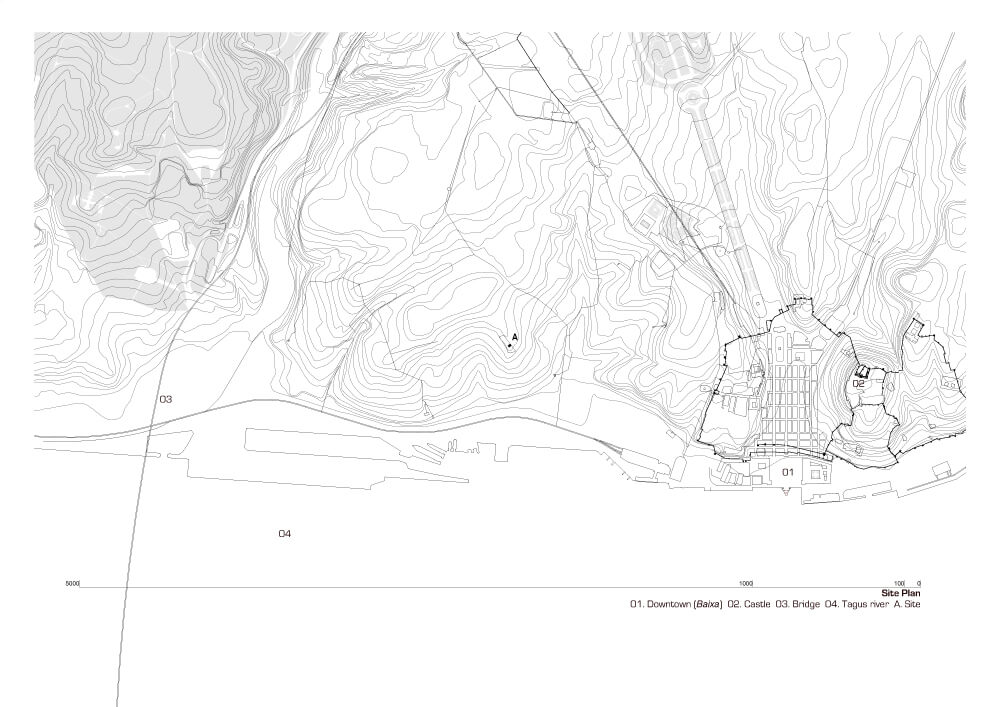 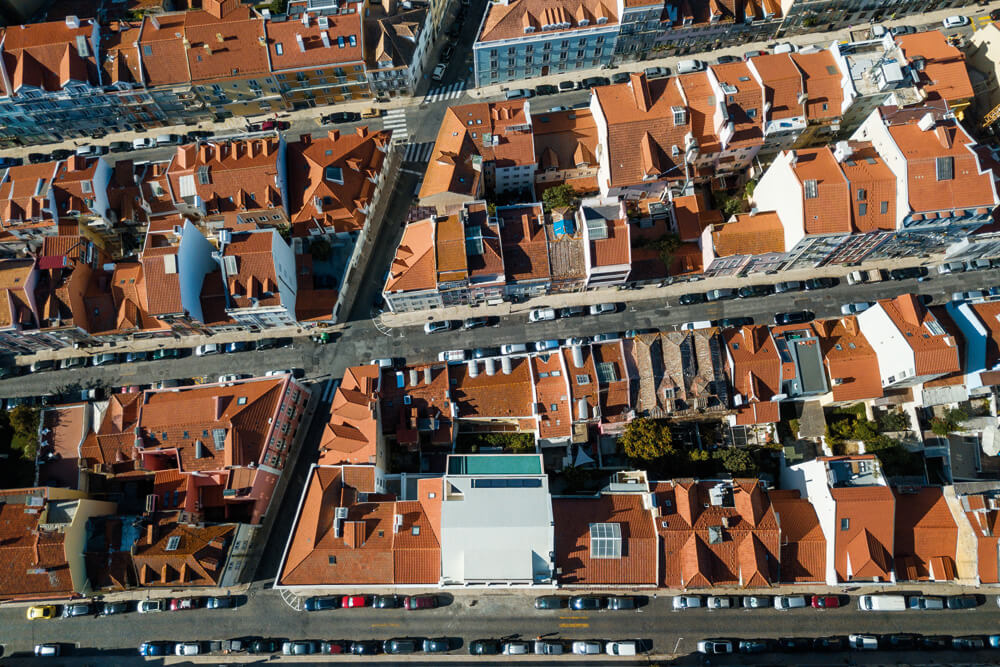 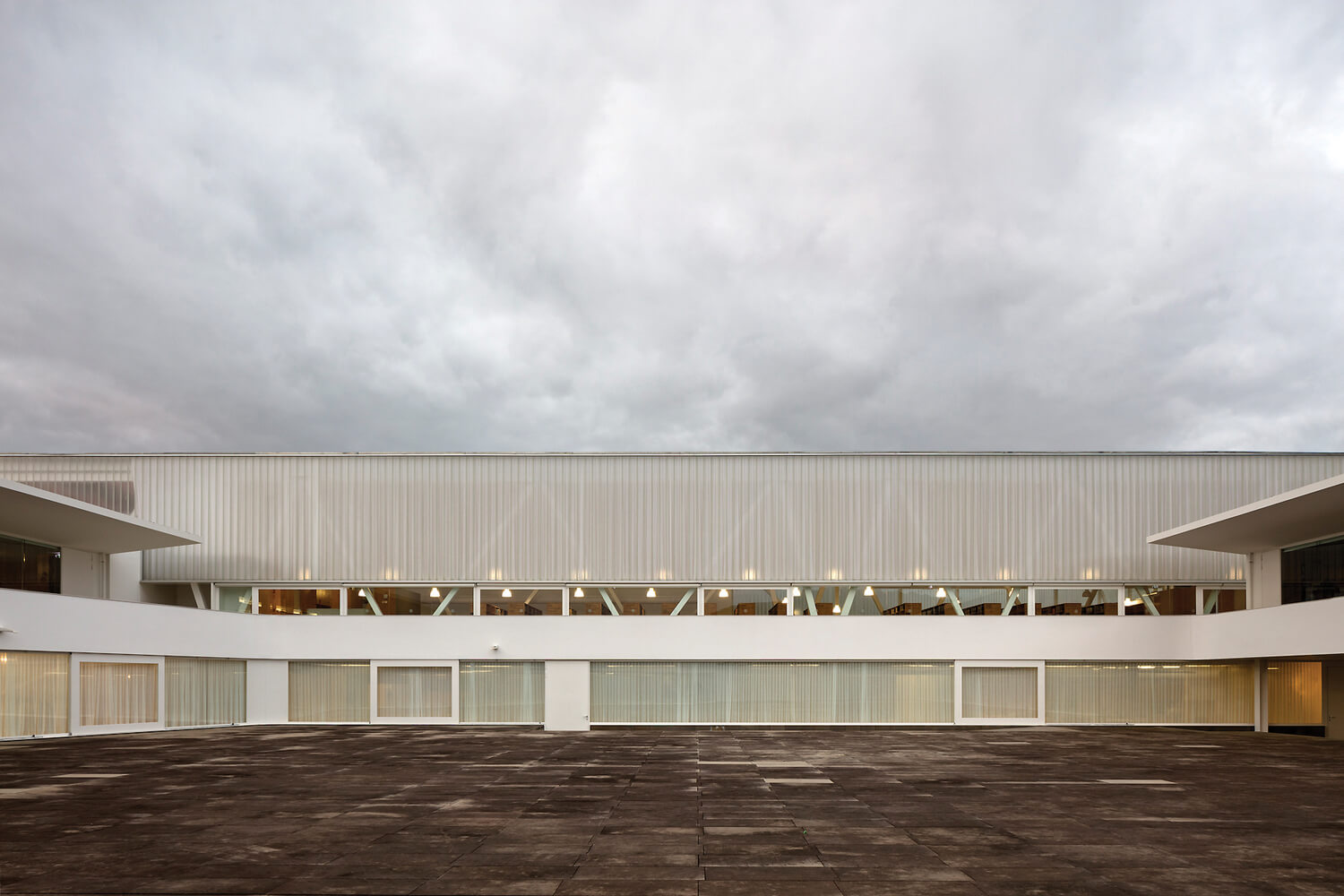