EN – The Edges Apartment, with its articulated brick cladded façade, lights up the streets of Salmiya, a predominantly expat neighborhood in Kuwait. A simple rhythmic twist, achieved by transposition of the vertices on either side of a finite axis, imparts dynamism and drama to the façade. A very restrained palette of locally sourced natural brick and exposed concrete finish further emphasizes the purity of the mass and gives the building its unique personality.

The facade’s irregular form was also influenced by practical considerations including the disruption of strong prevailing winds, and the provision of shade and privacy. A vertical strip of aluminum louvers splits the building’s frontage into two halves, denoting the divide between homes on the north and south sides of the property. The louvers protect the central staircase from direct sunlight, but also restrict views into this glass-lined circulation space.

On the ground floor, an exposed lobby adjacent to the parking area provides access to the staircase, lifts and a communal gym, which faces the street and is partially shielded behind more metal louvers. The lobby’s glass-reinforced concrete ceiling incorporates recessed lighting in an angular channel that directs residents and visitors towards the various entrances and continues the sharp lines of the facade. Patinated concrete floor tiles coated with clear epoxy resin form a hardy surface that complements the brick. A patio to the rear of the building accommodates a small open-air swimming pool. The building is 10 story high, housing 20 two-bed apartments. 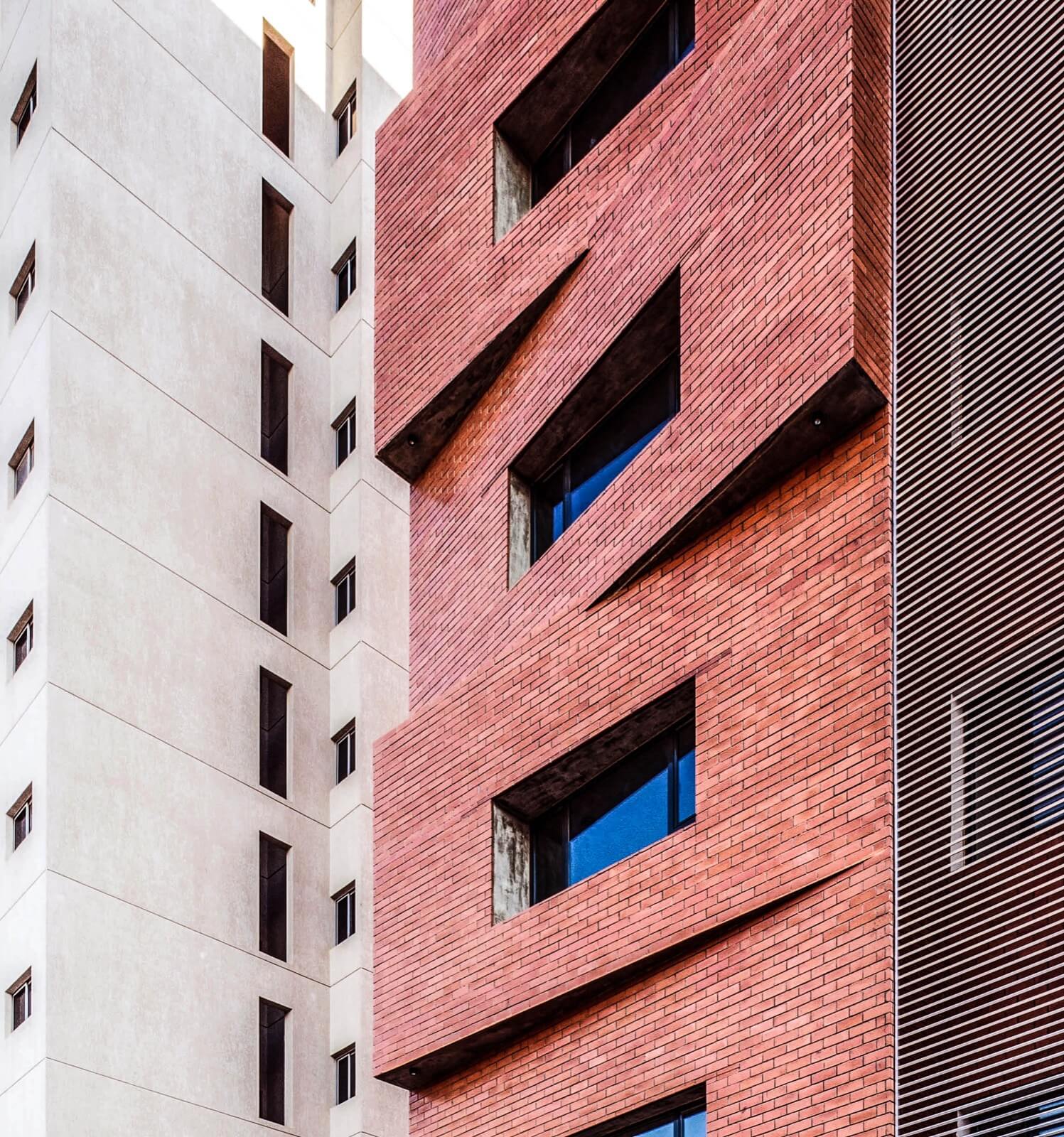 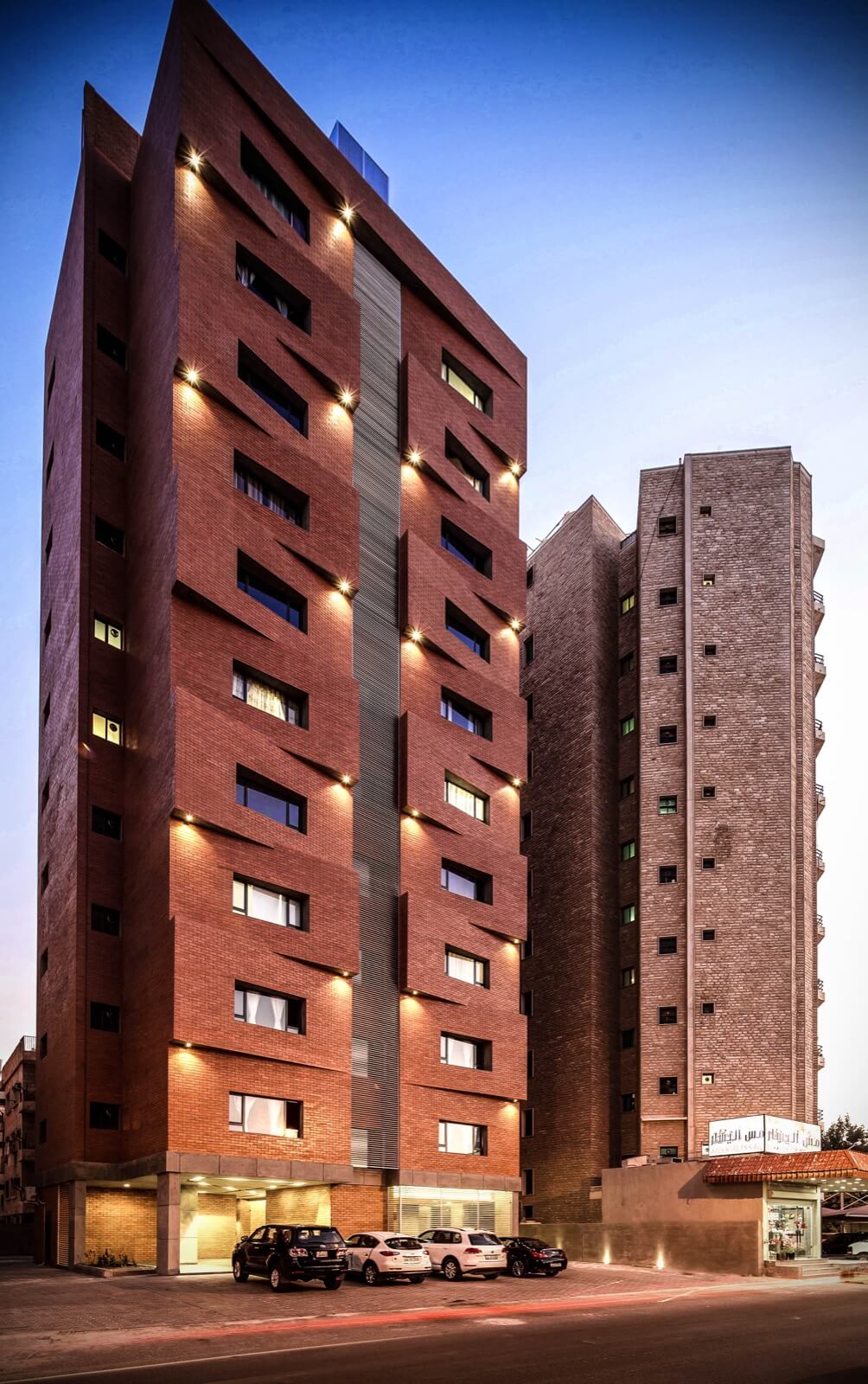 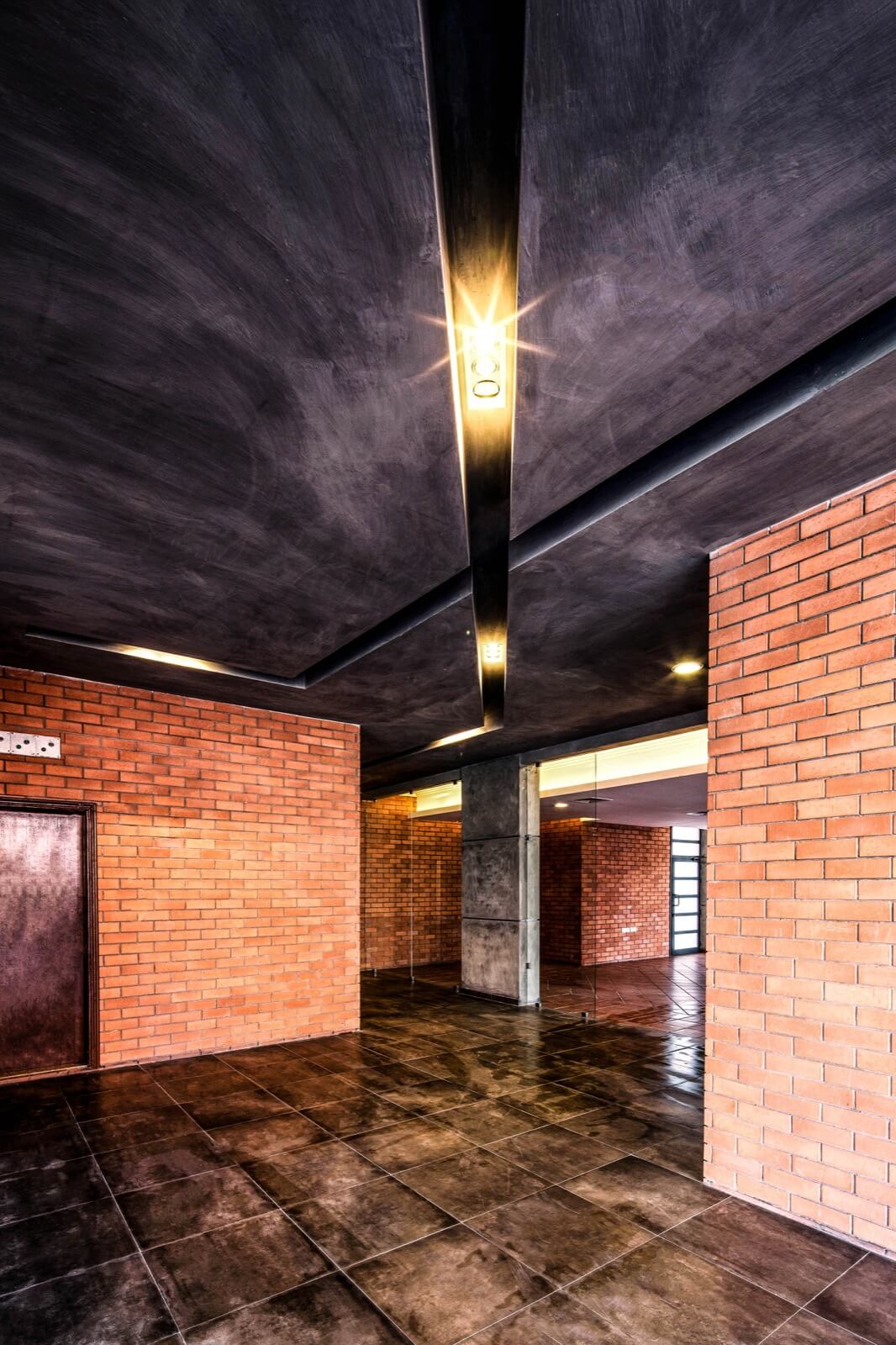 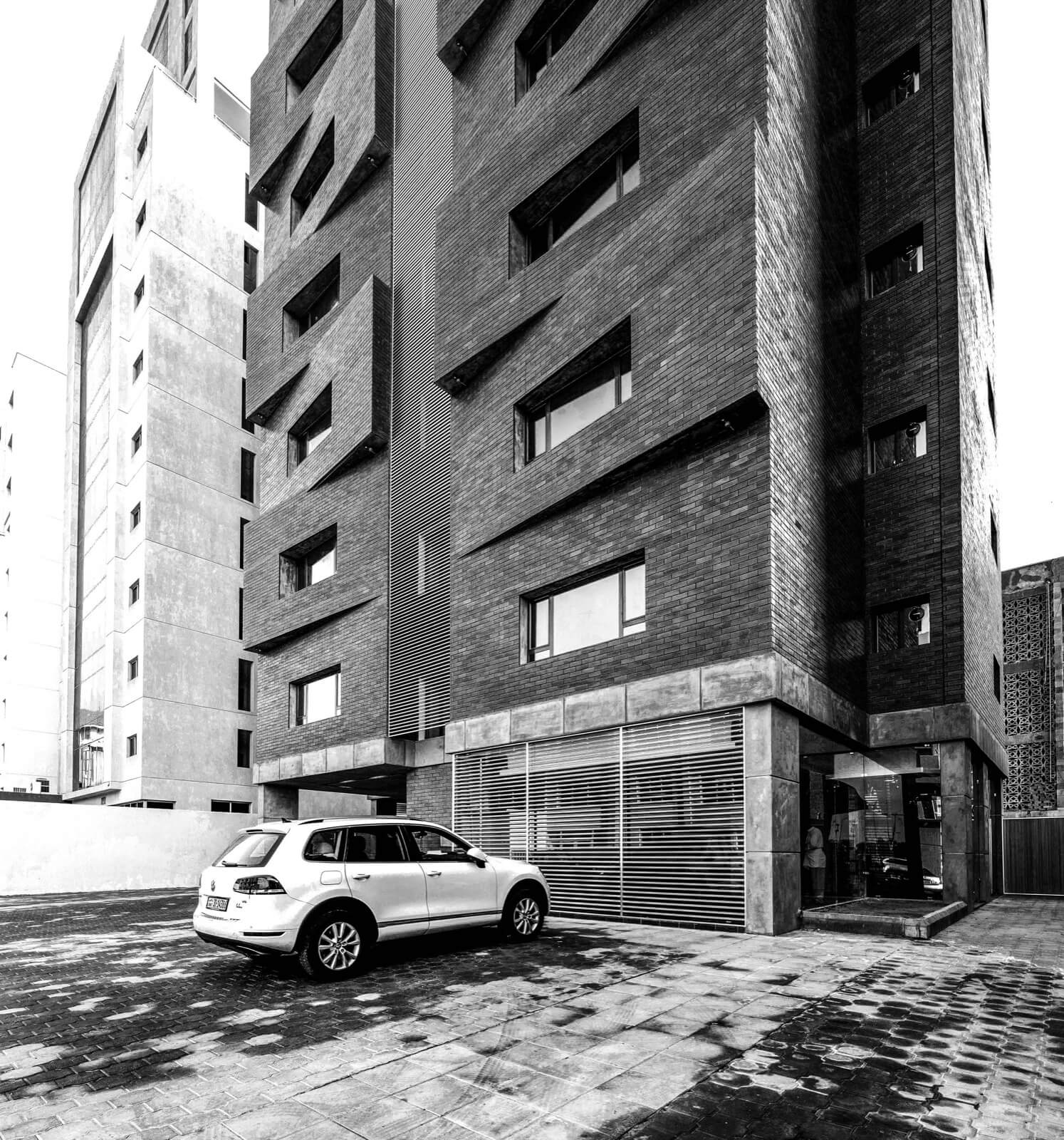 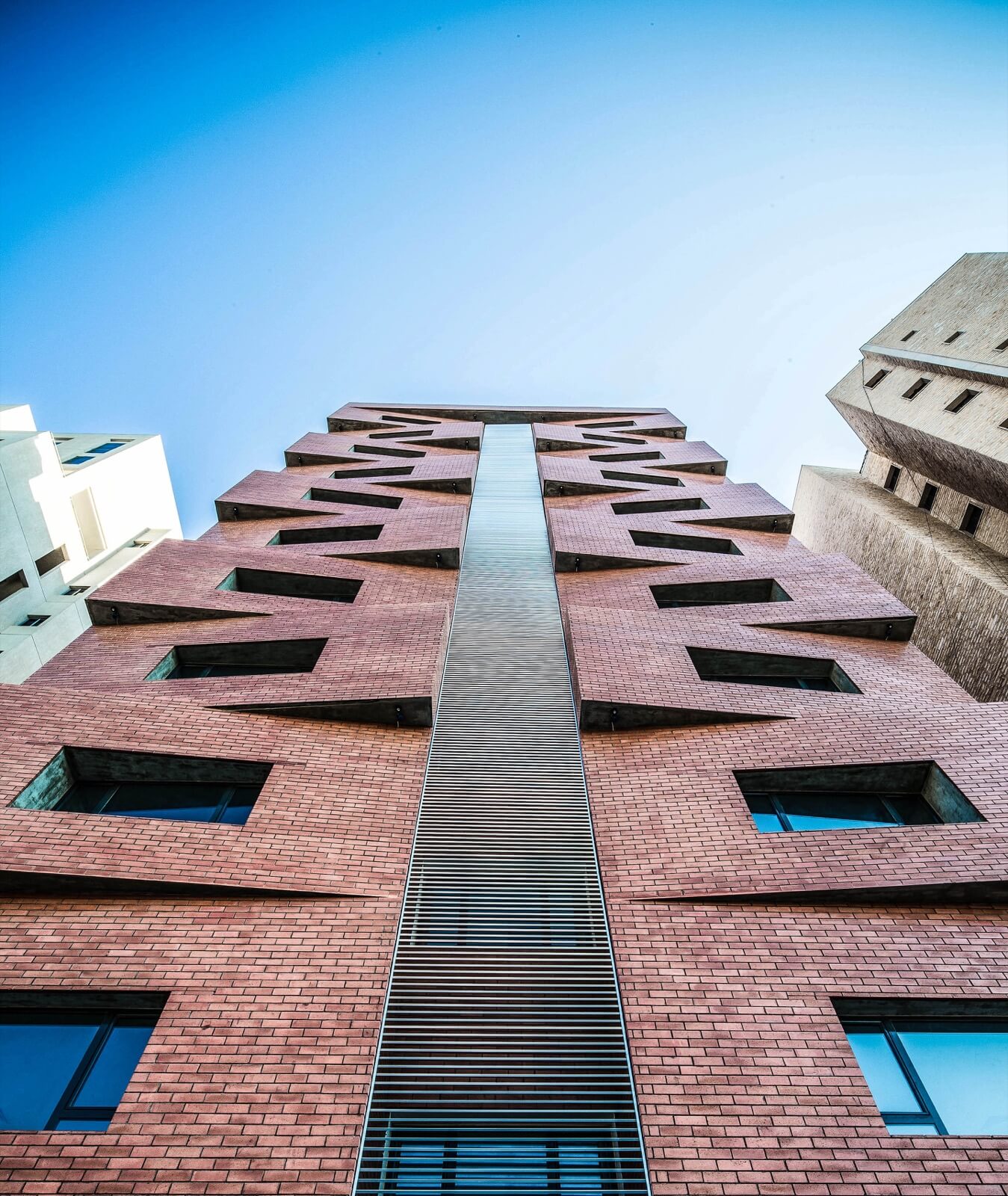 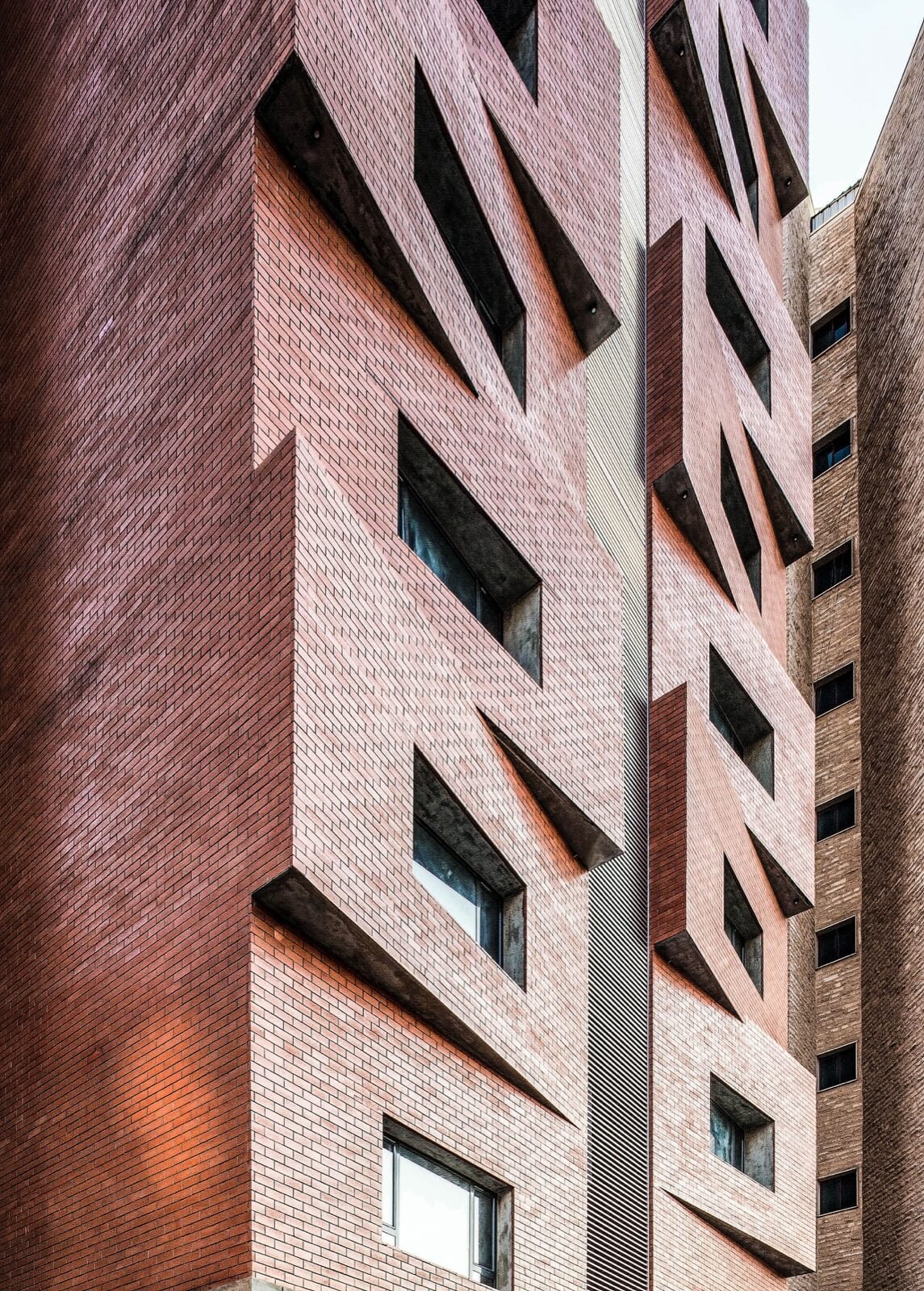 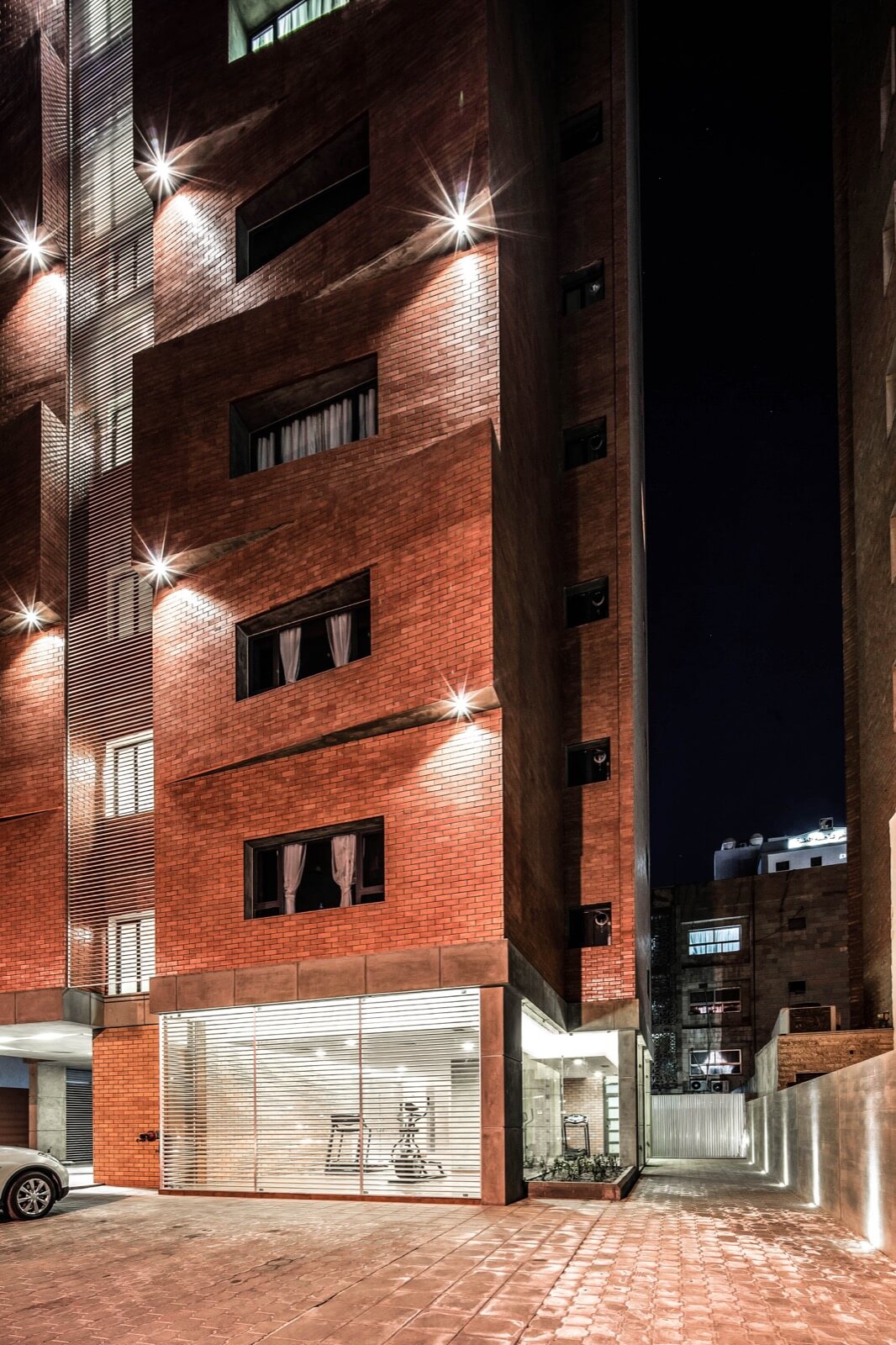 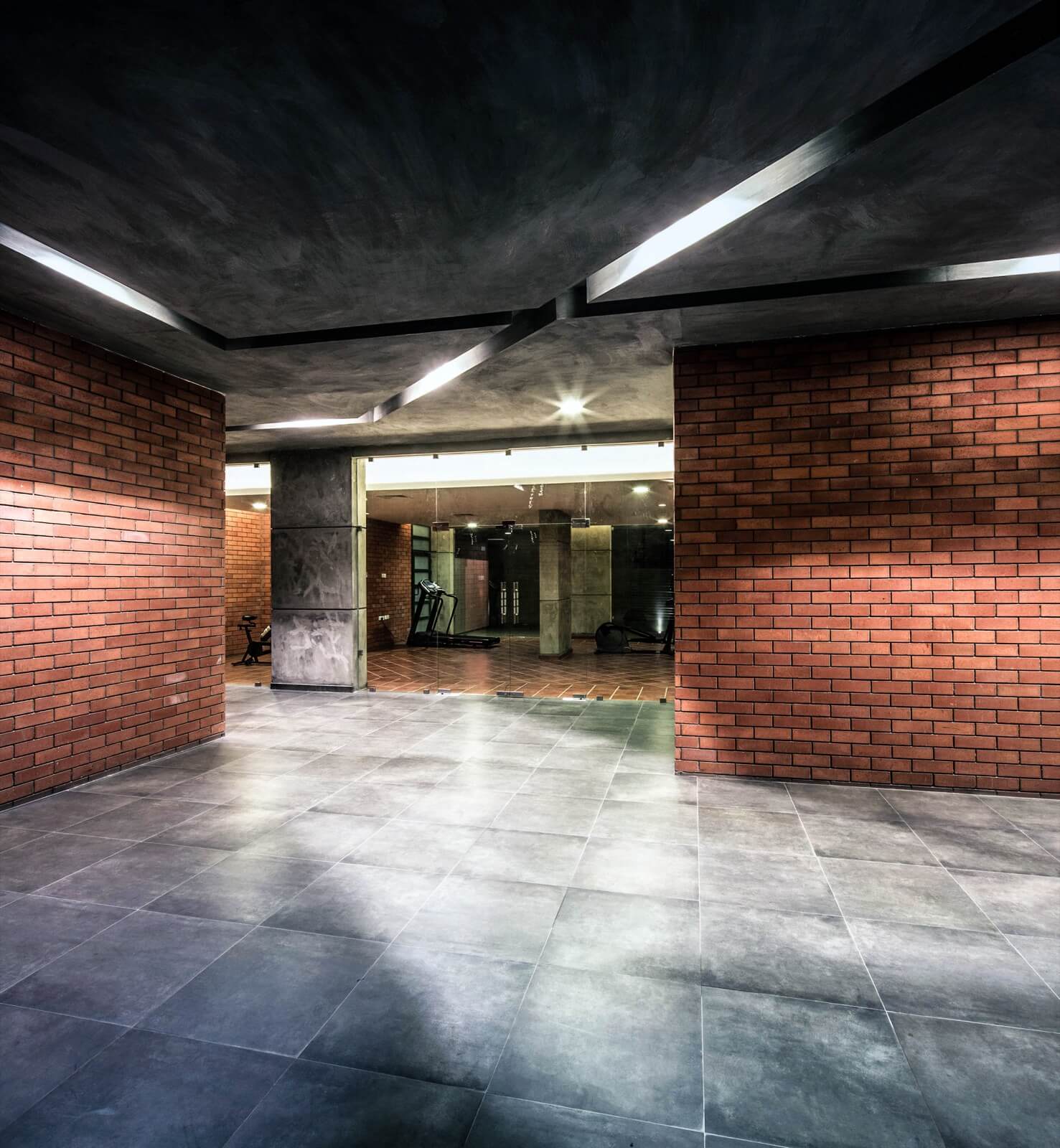 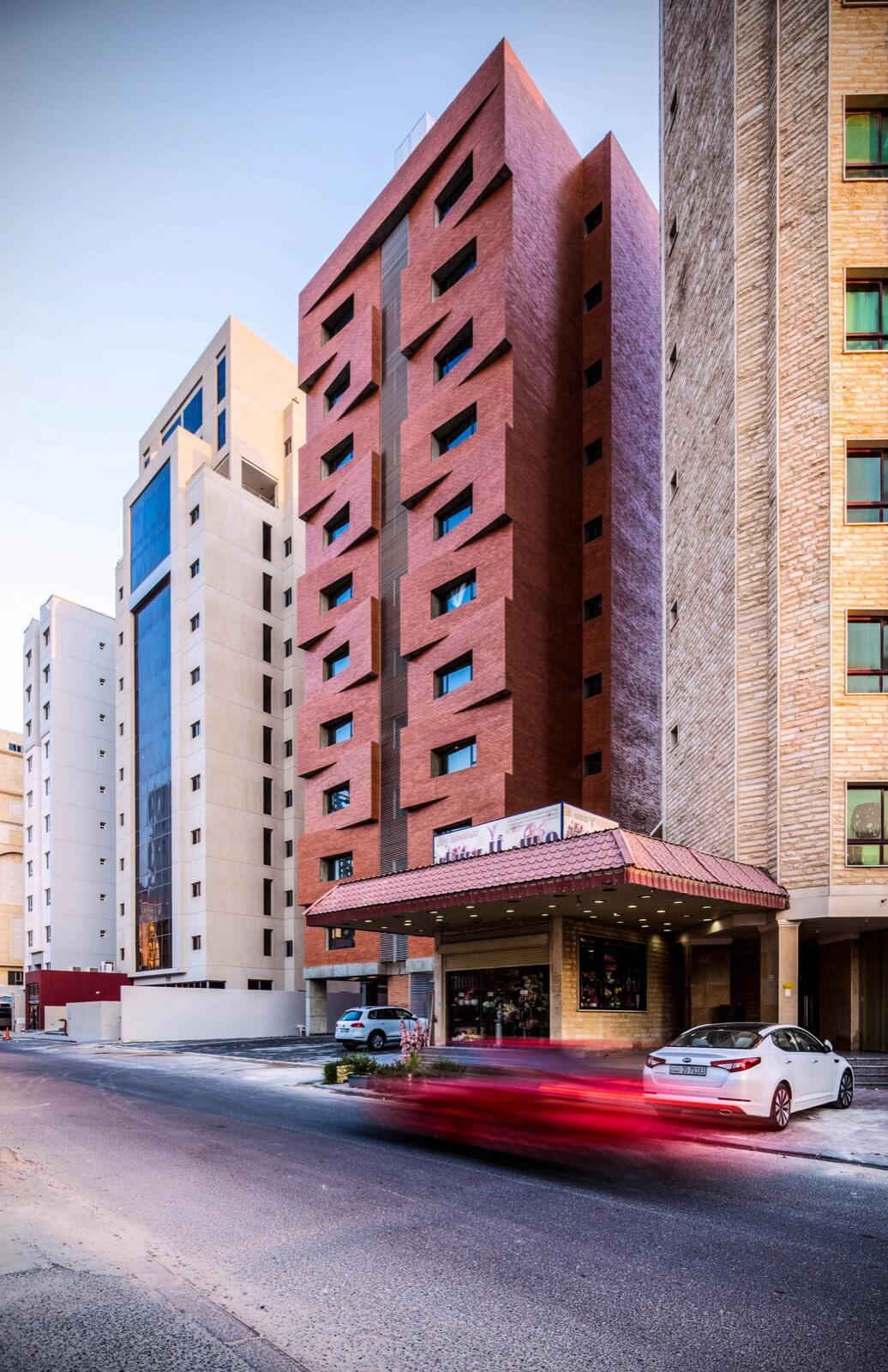 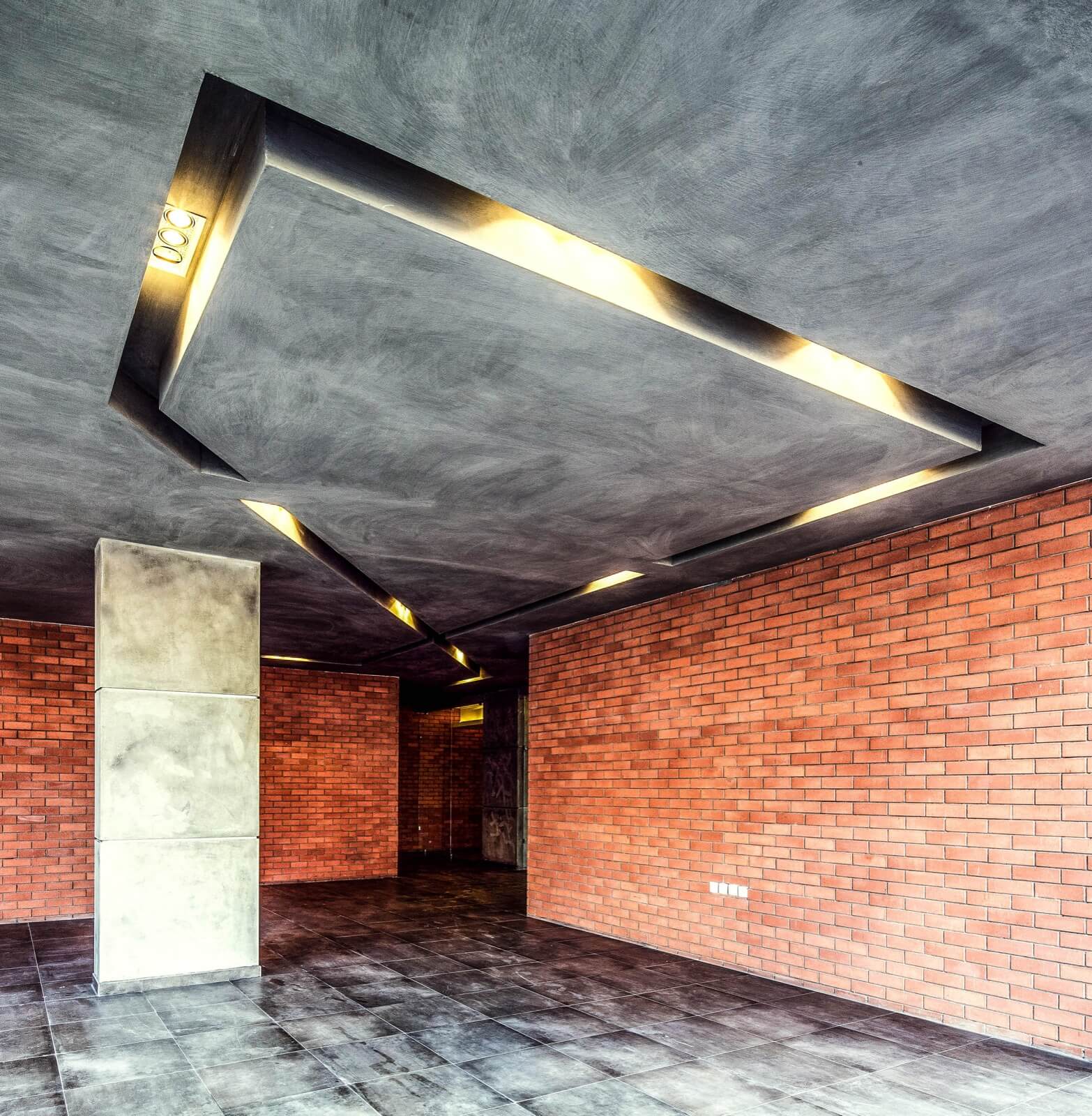 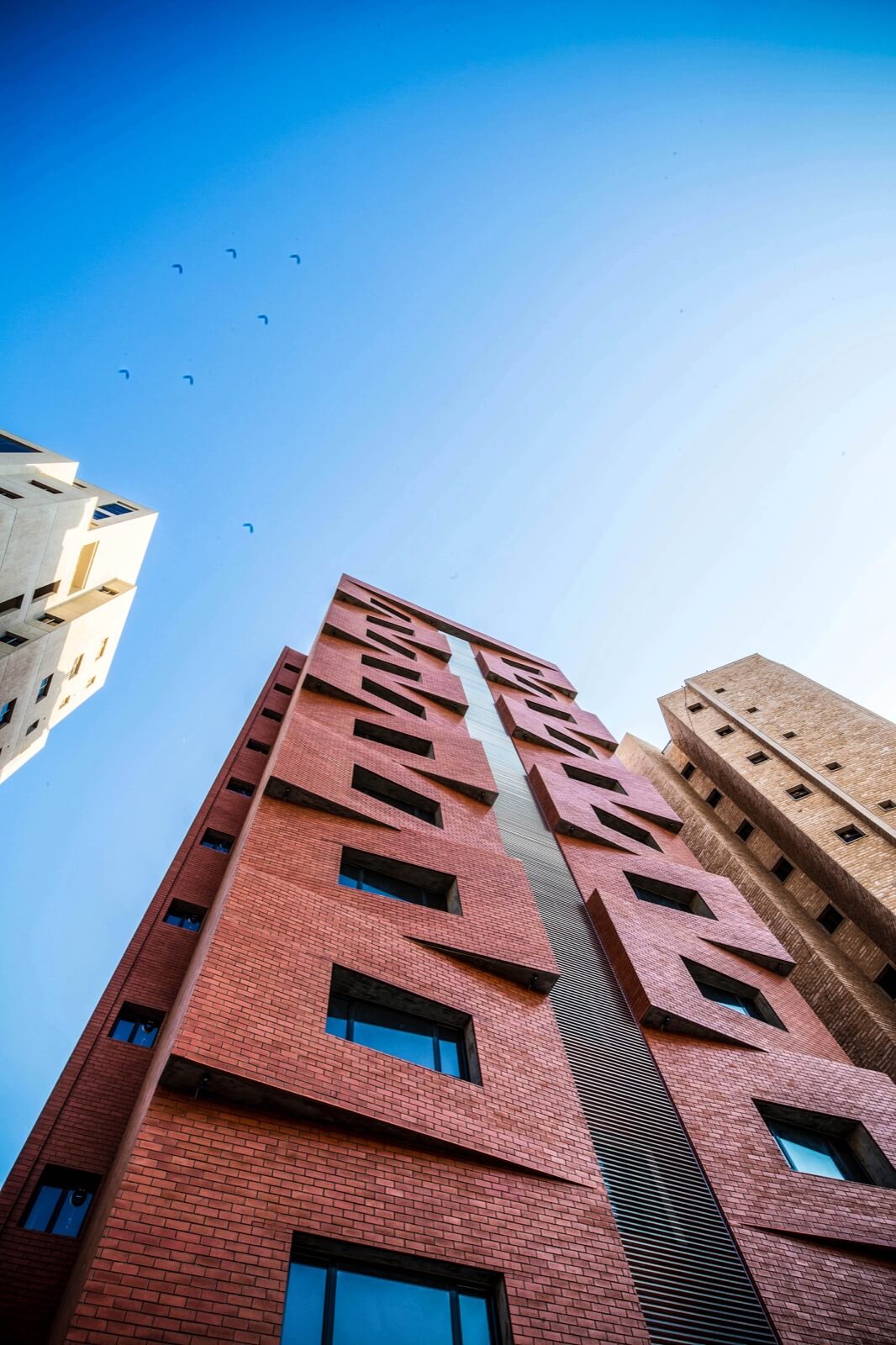 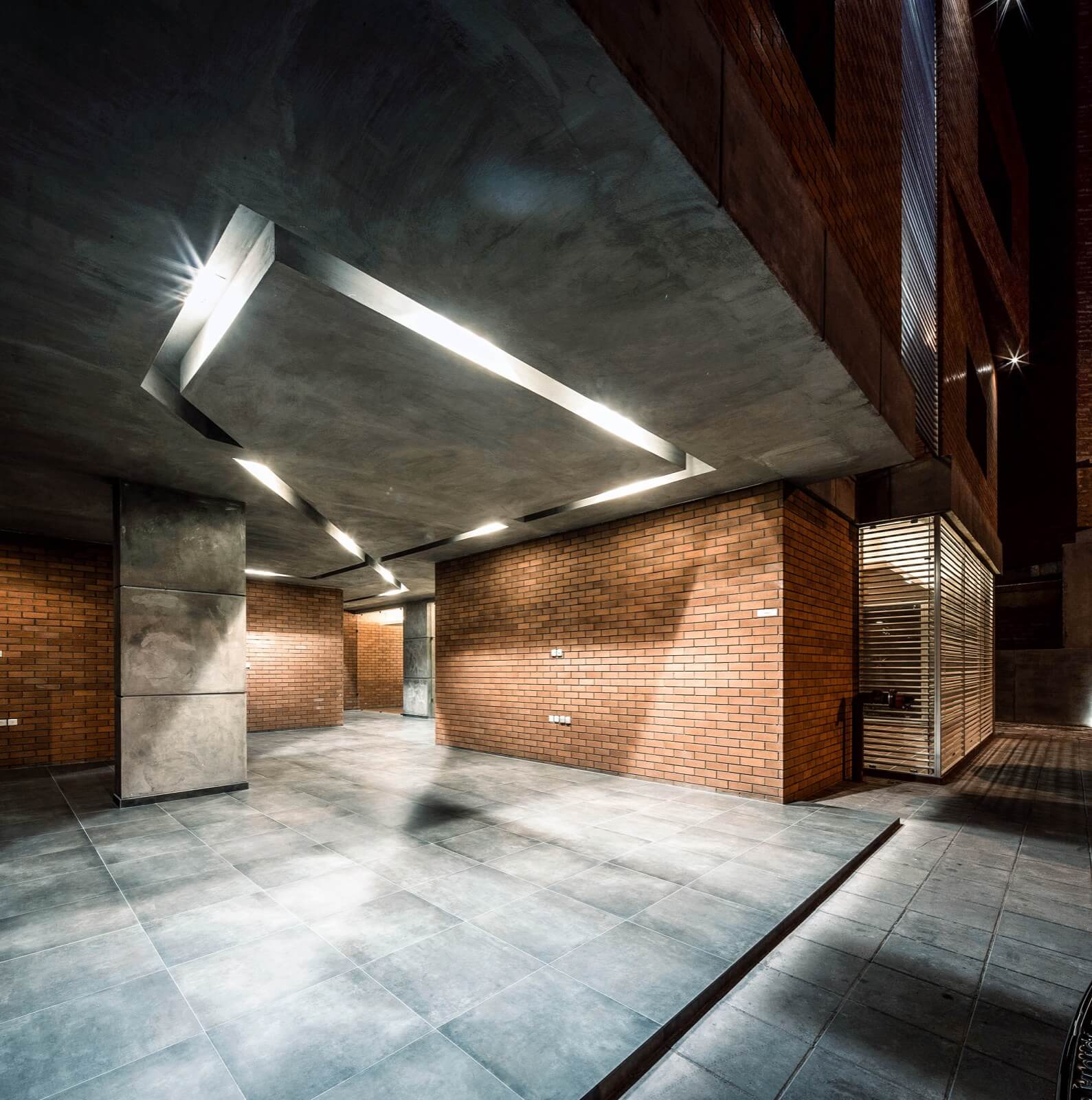 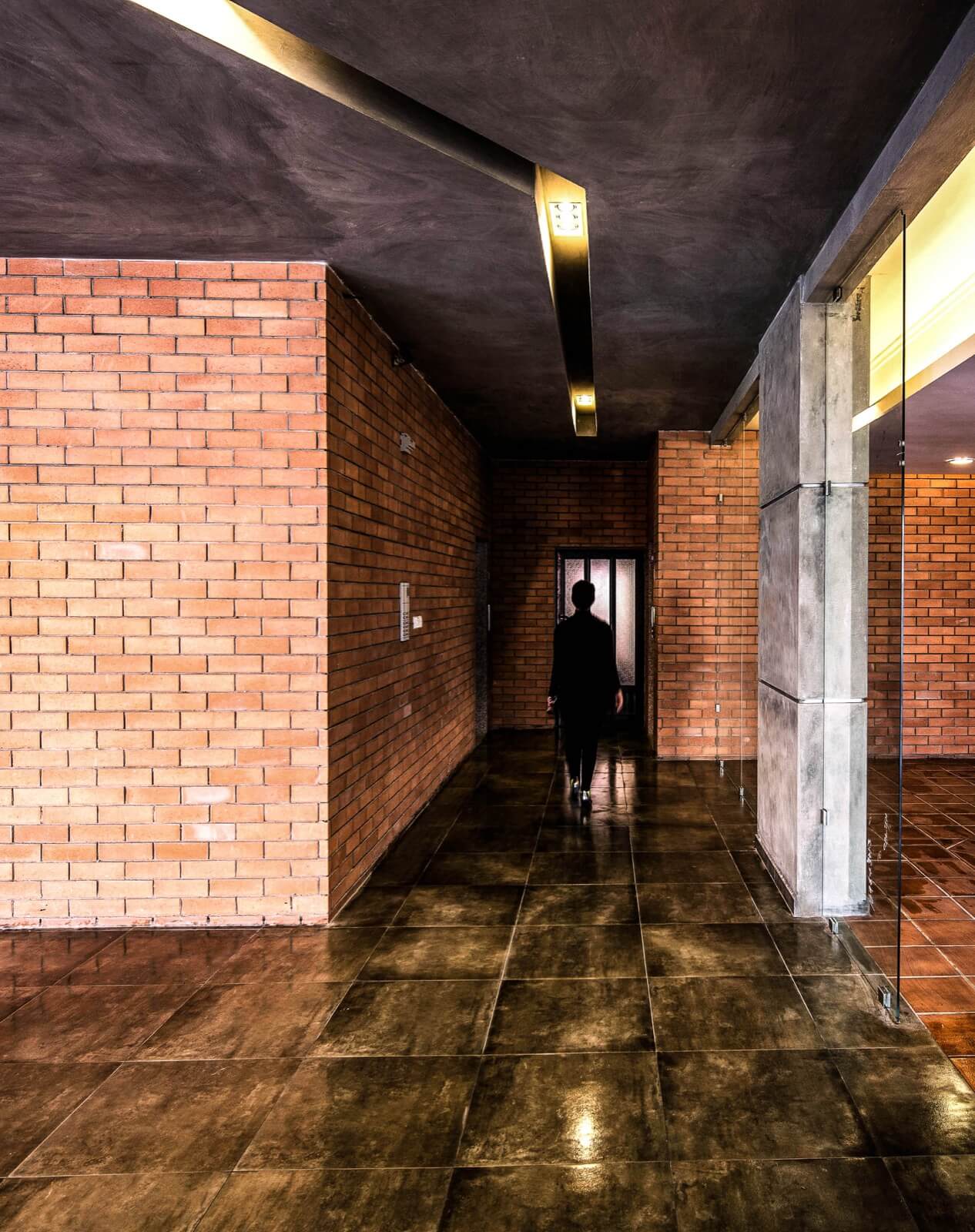 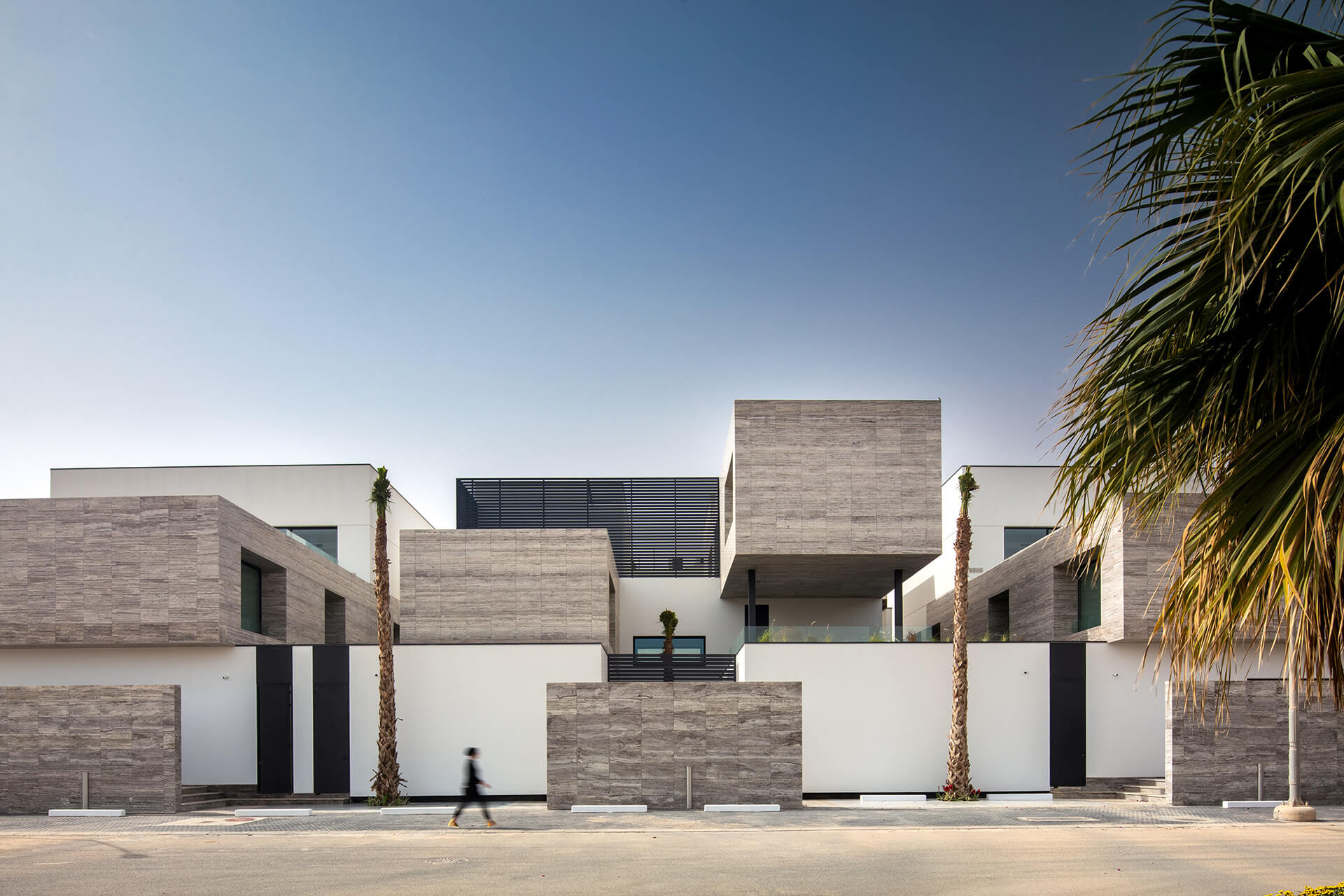