The following proposal House in Lagoa represents an uncommon way for its dwellers to relate with the household and the infra-structure it has to offer. It intents to privilege the outside use of its ludic exterior spaces, through its patios and terraces, controlled by the outer walls that design the limits of the house.

Looking in its inner boundary, with a notable reference to the Arab culture, trough its water element at its centre, the swimming pool terrace invites for an extension of the ground floor social area.

Typologically its a very simple house, with three different levels of privacy clearly obtained by its hierarchical composition and occupation of the plot.

The wall that limits the outer perimeter and contains the natural garden area defines the first layer, which separates the household from the public space and neighbours around it.

The ground floor walls becomes the second layer, protecting the house it self, including its terrace and patios, dividing the natural from the constructed elements.

Peeking over the plot limits remains the upper floor box that holds the master bedroom, guaranteeing the final level of privacy, overlooking beyond the outer boundary. 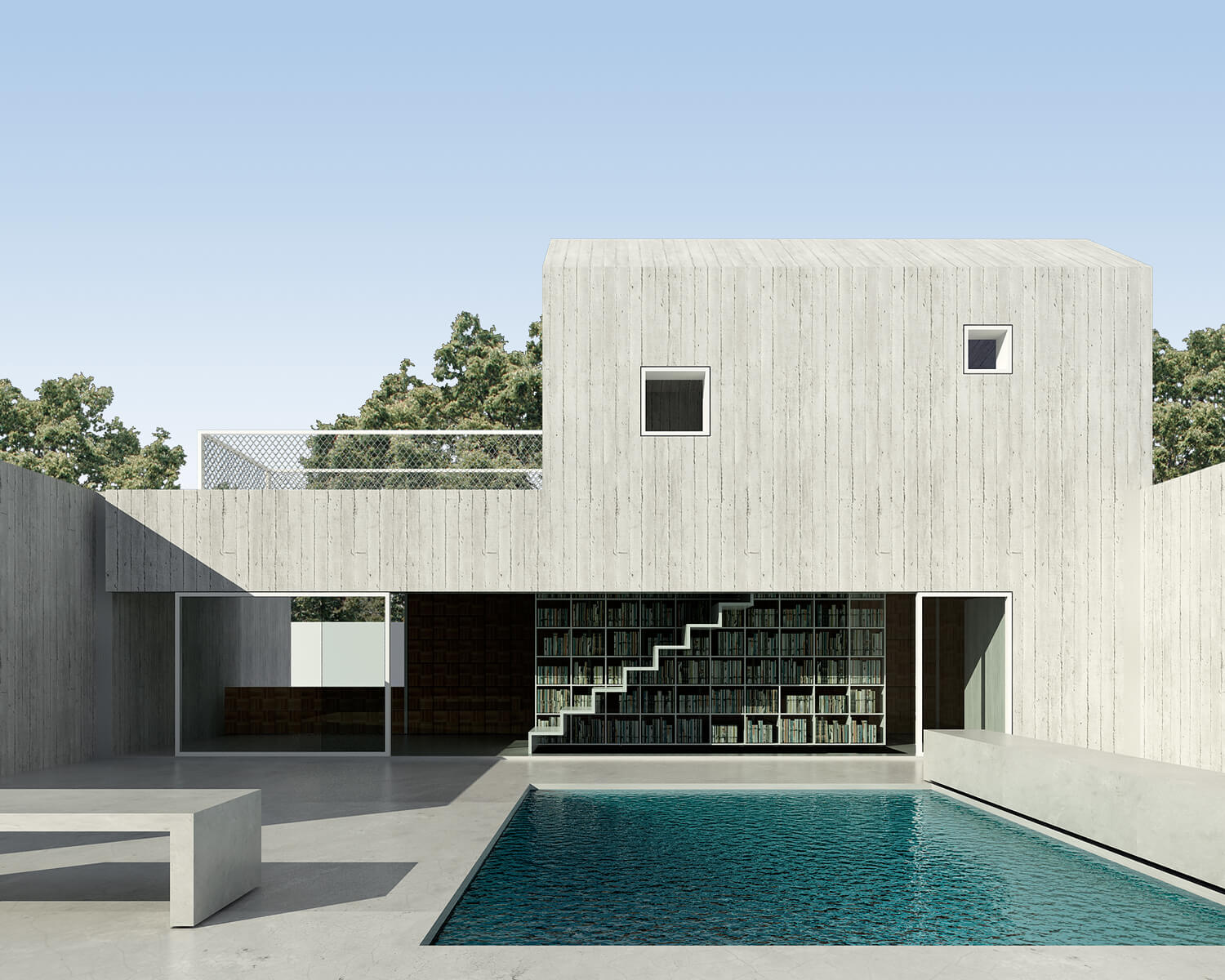 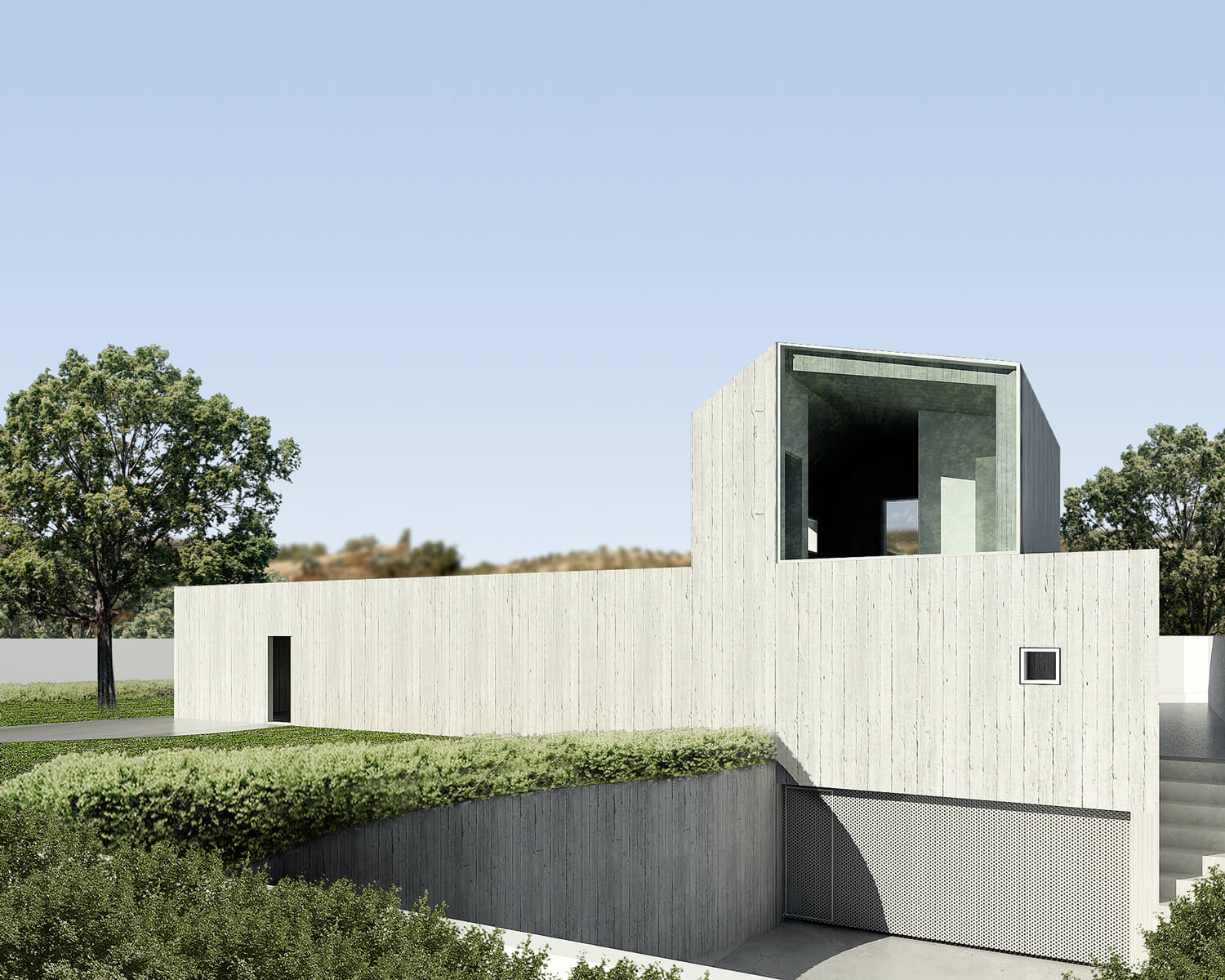 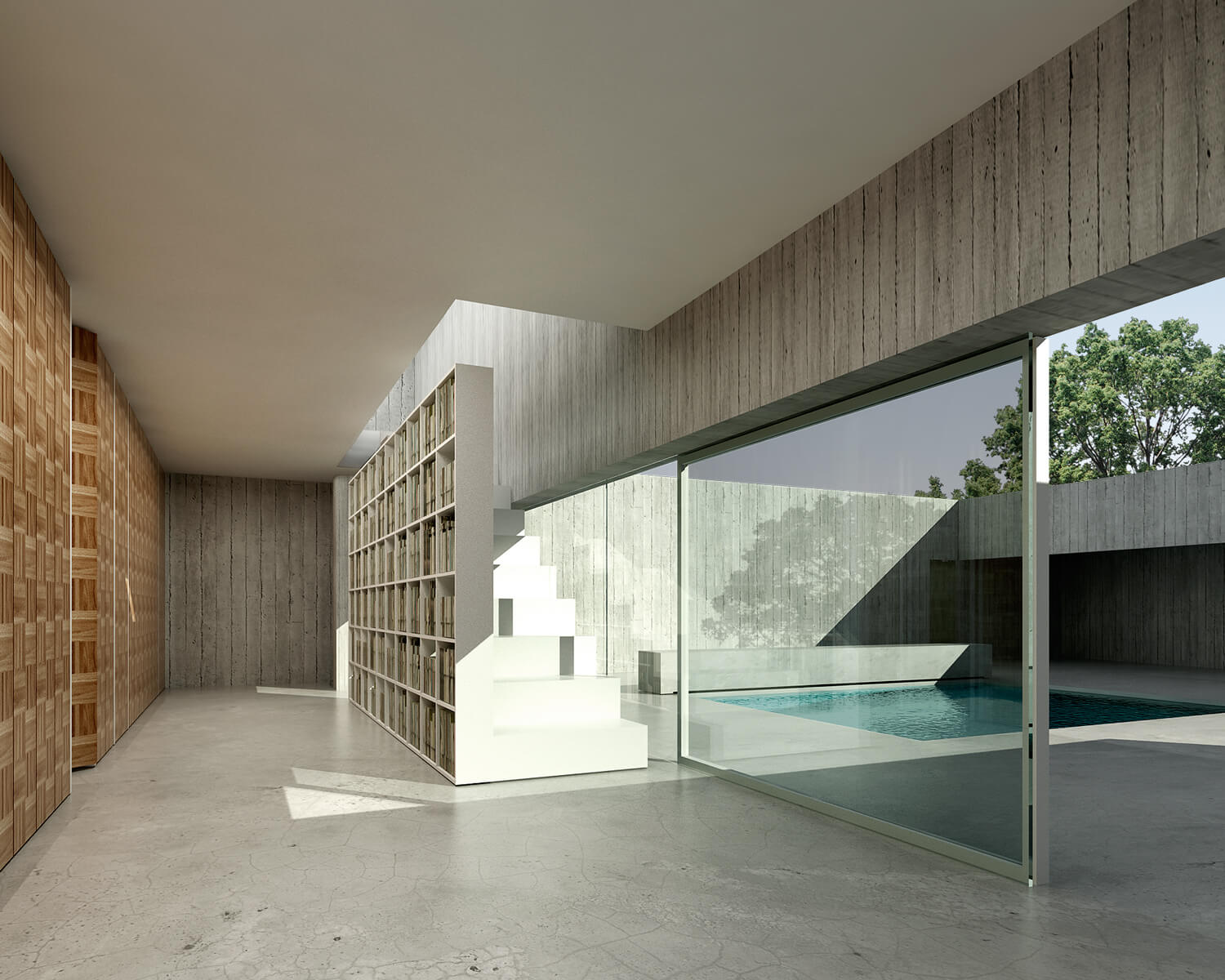 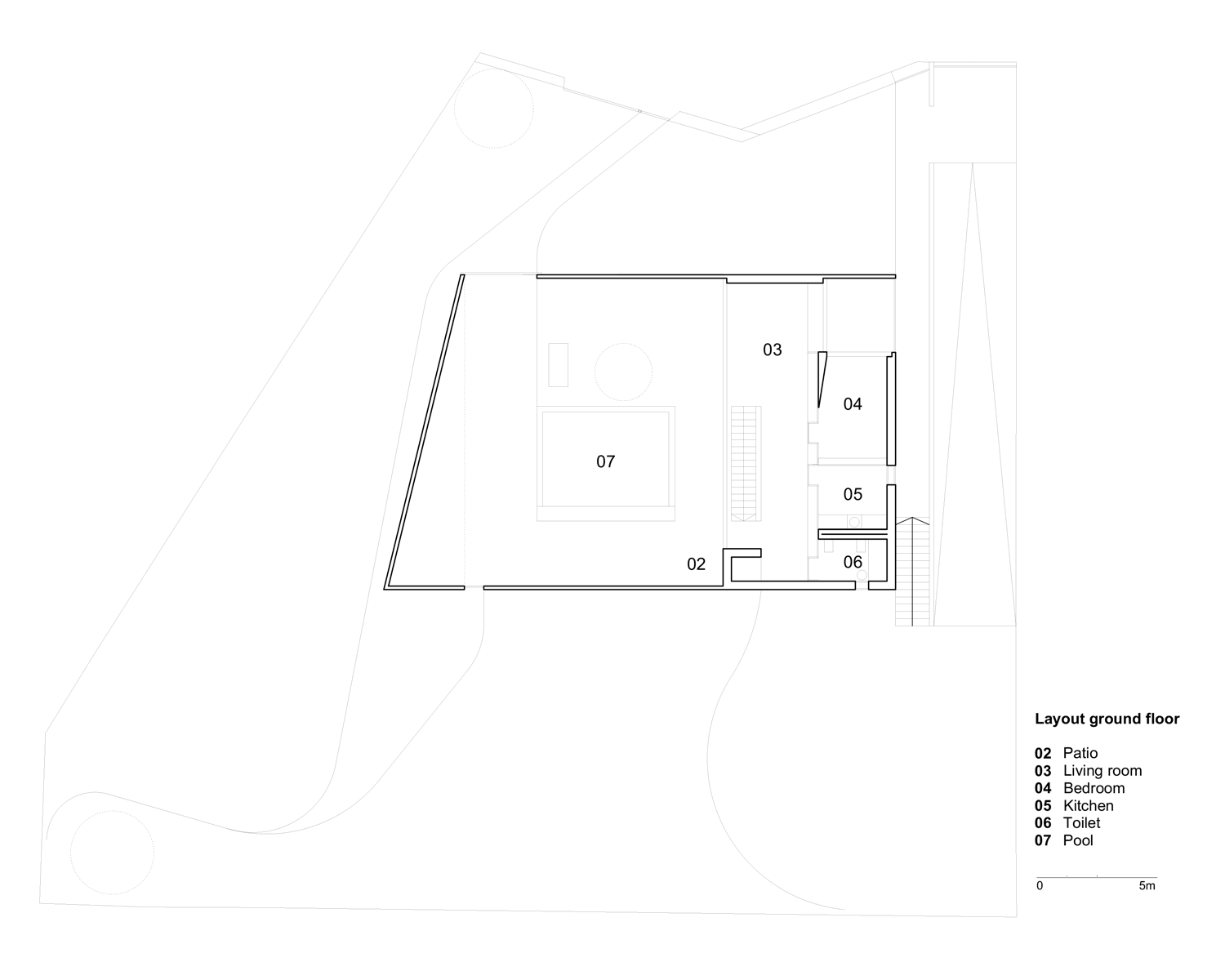 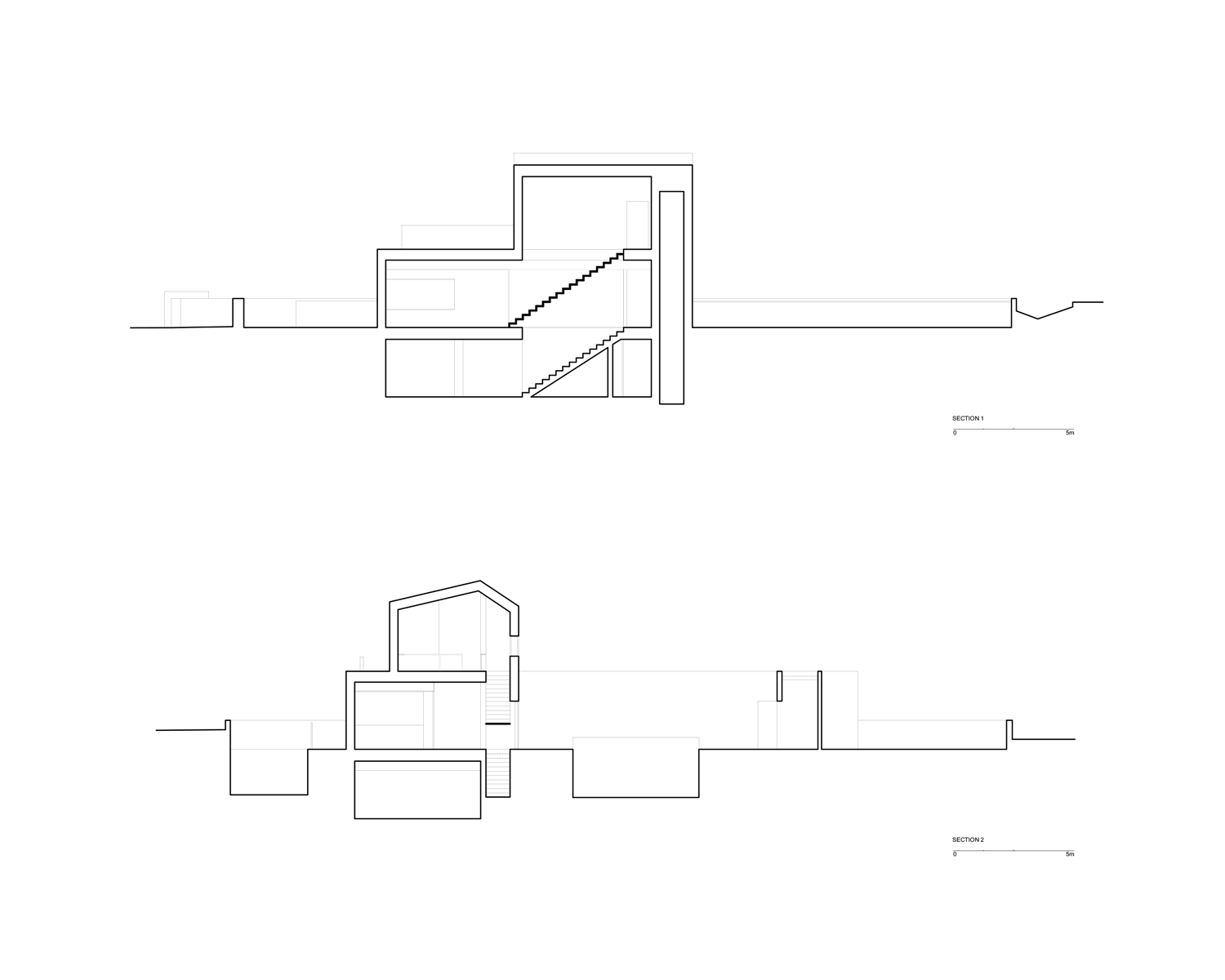 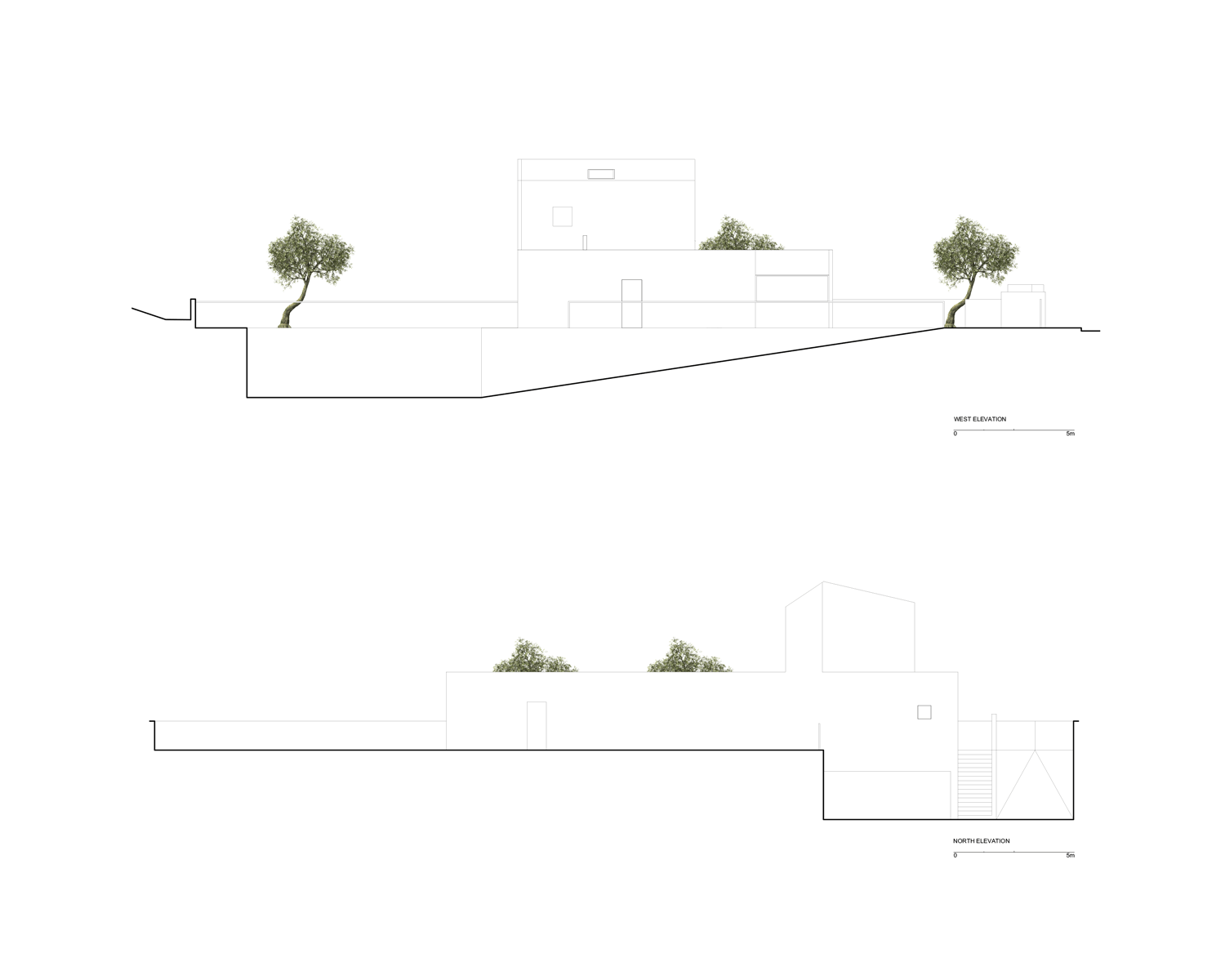 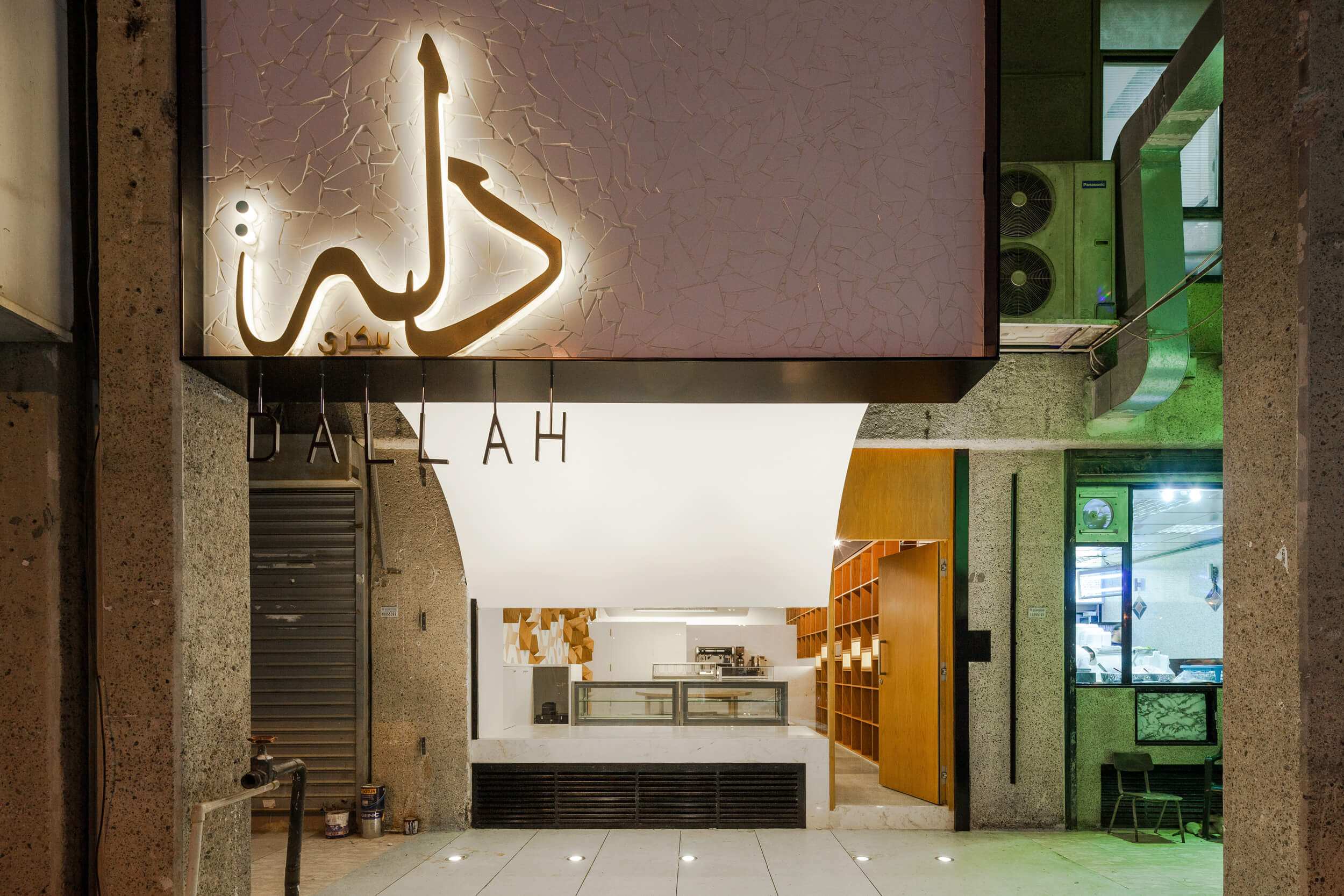 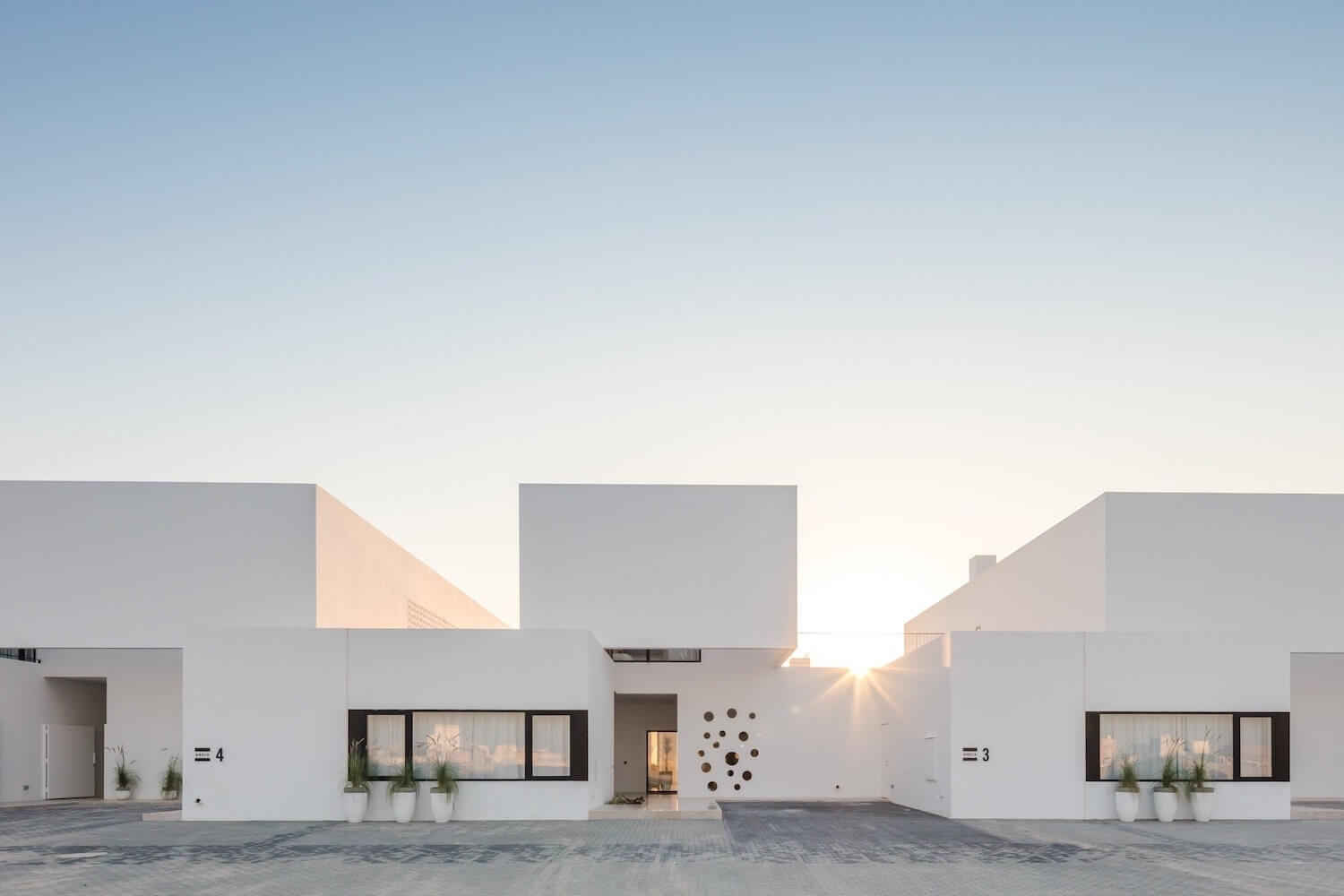