Long and far goes the golden time of the Oporto’s industrial era during the so called 1st Modernity and with it the de-urbanization of some parts of the city. It’s legacy has invariably been the malfunction or inadaptation of the big industrial buildings and so they are left to its own tragic fate. These shrinking “rusty” areas are real urban and architectural labs waiting for a new life. This fact sets on track a real opportunity to experiment and to explore new typologies and forms of living that only this kind of space can render. Right at the heart of Oporto’s Campanhã Neighborhood, the most economically and socially depressed part of the city, the project gives a new hope for a couple of coal warehouses. The objective of Loft Miraflor is to rehabilitate and refunction a centenary warehouse for dwelling purposes.

The project takes in account some specific particularities of this long, narrow and double heighted building where everything can happen. Without changing its morpho-typology, the idea is to “simply” hang-up 6 wooden boxes in between the roof trusses in order to maximize the area for social interaction on the ground floor. On the ground floor, the 31m long warehouse is colonized by the social areas like living room, kitchen, dining room

and, at the end, a patio. These functional areas naturally share the open plan of the loft in a way that they continuously succeed each other with no physical barriers. On the wooden mezzanines, up on the air and hovering over the social areas, are located the private areas allowing the zenithal light to come down to the social areas due to the voids in between them. This also enables the vertical communication with the first floor which is assured by three helicoidal stairs that connects the rooms to the ground floor. Each room has its own private WC and window on the roof. 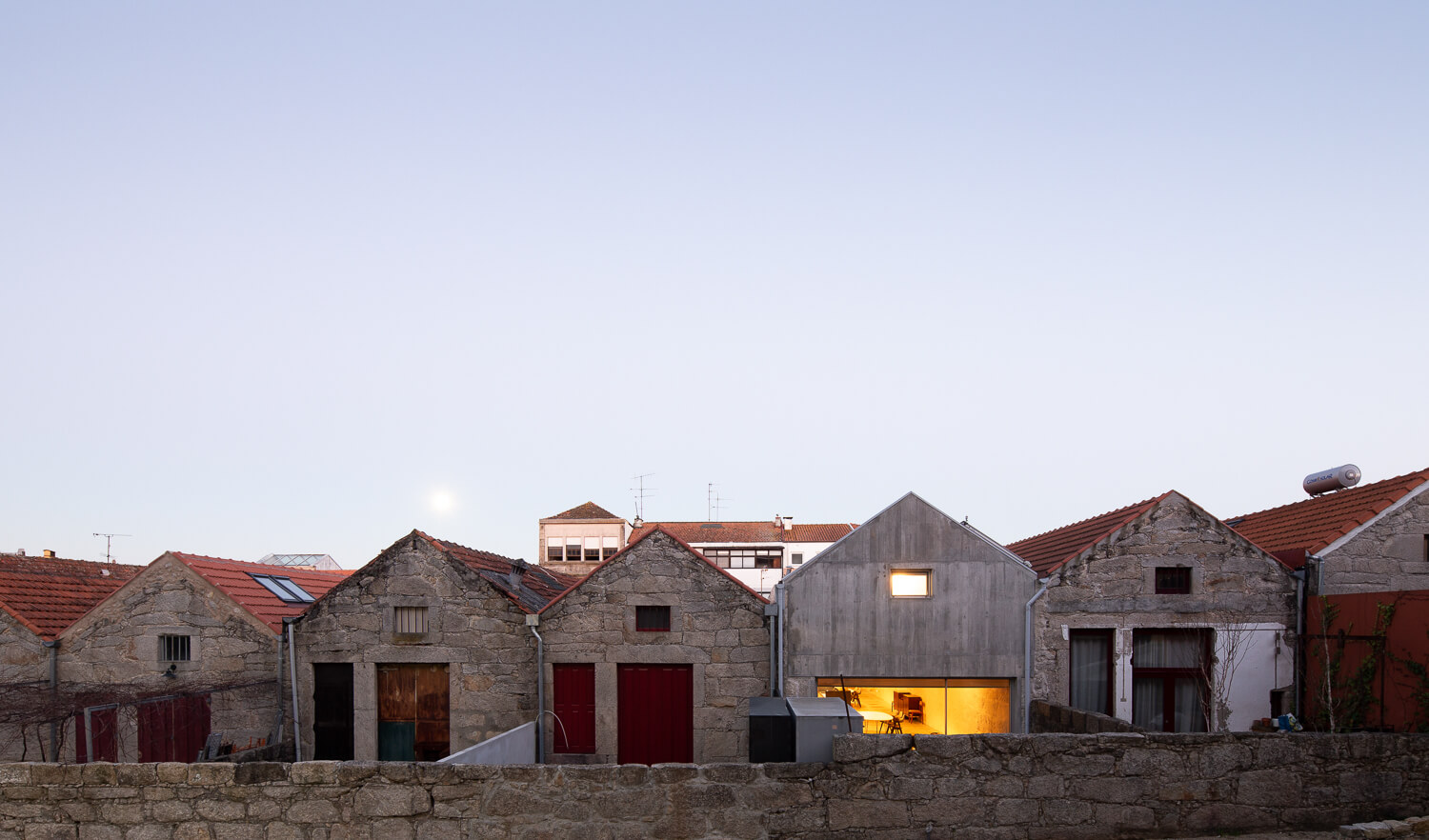 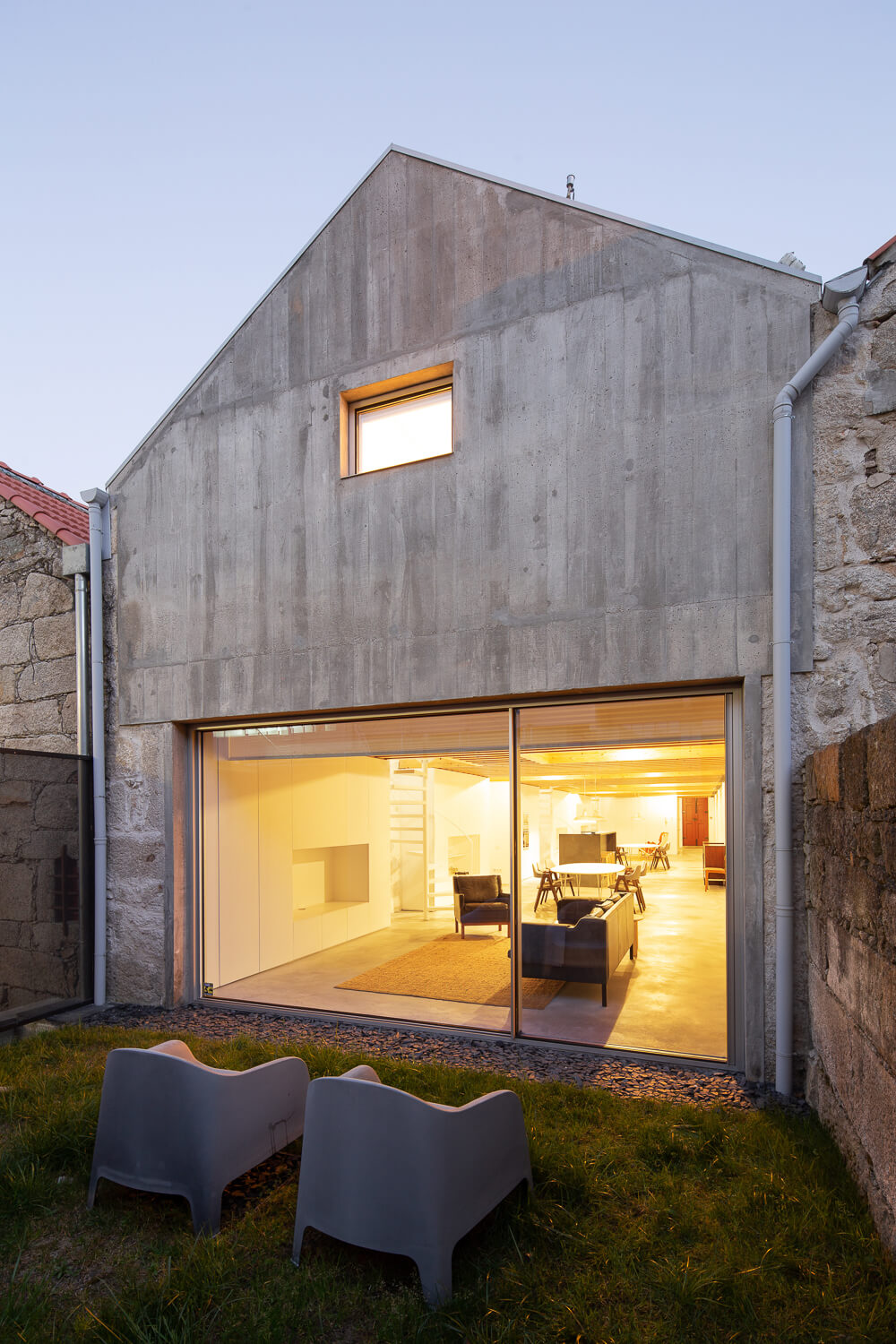 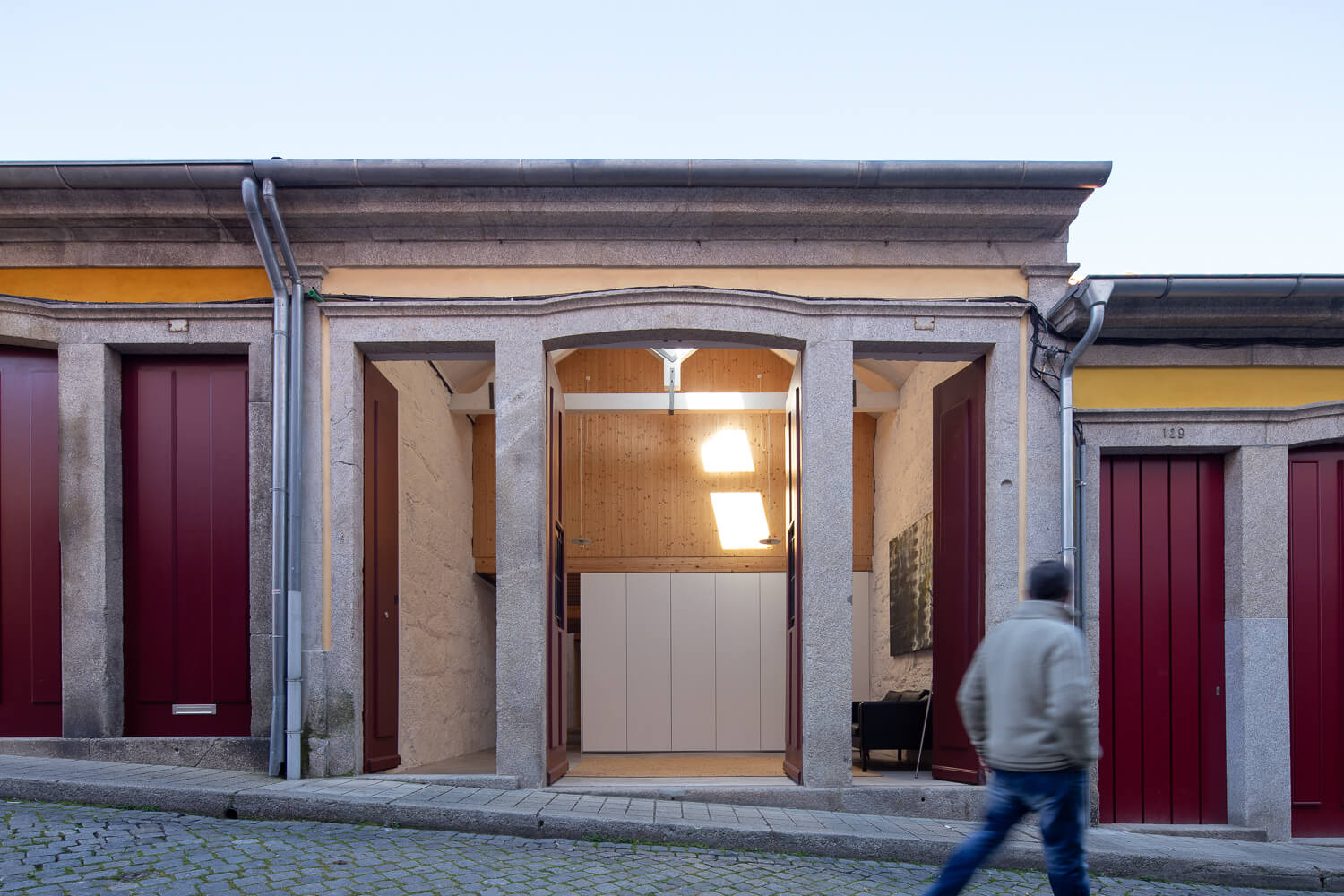 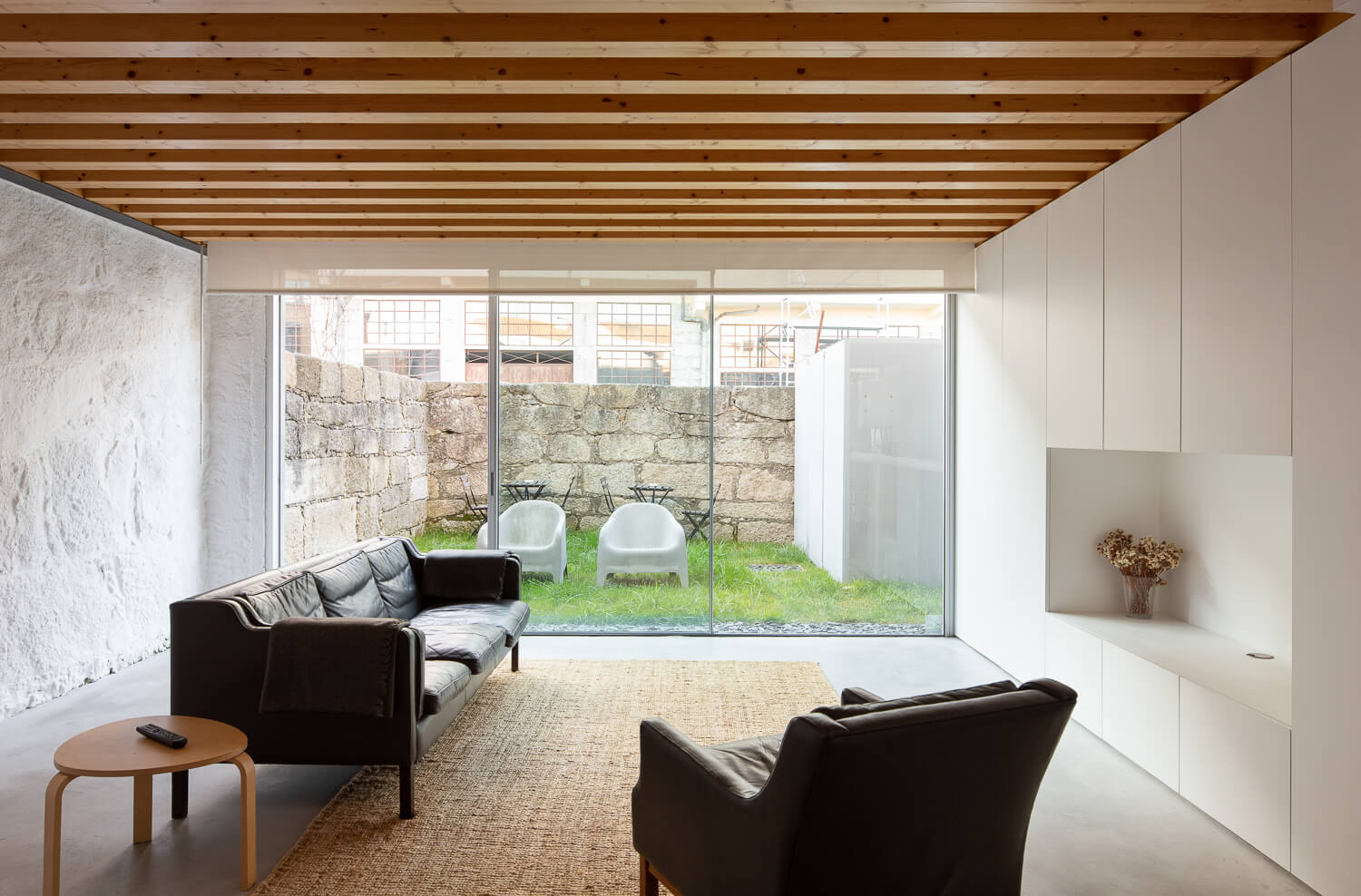 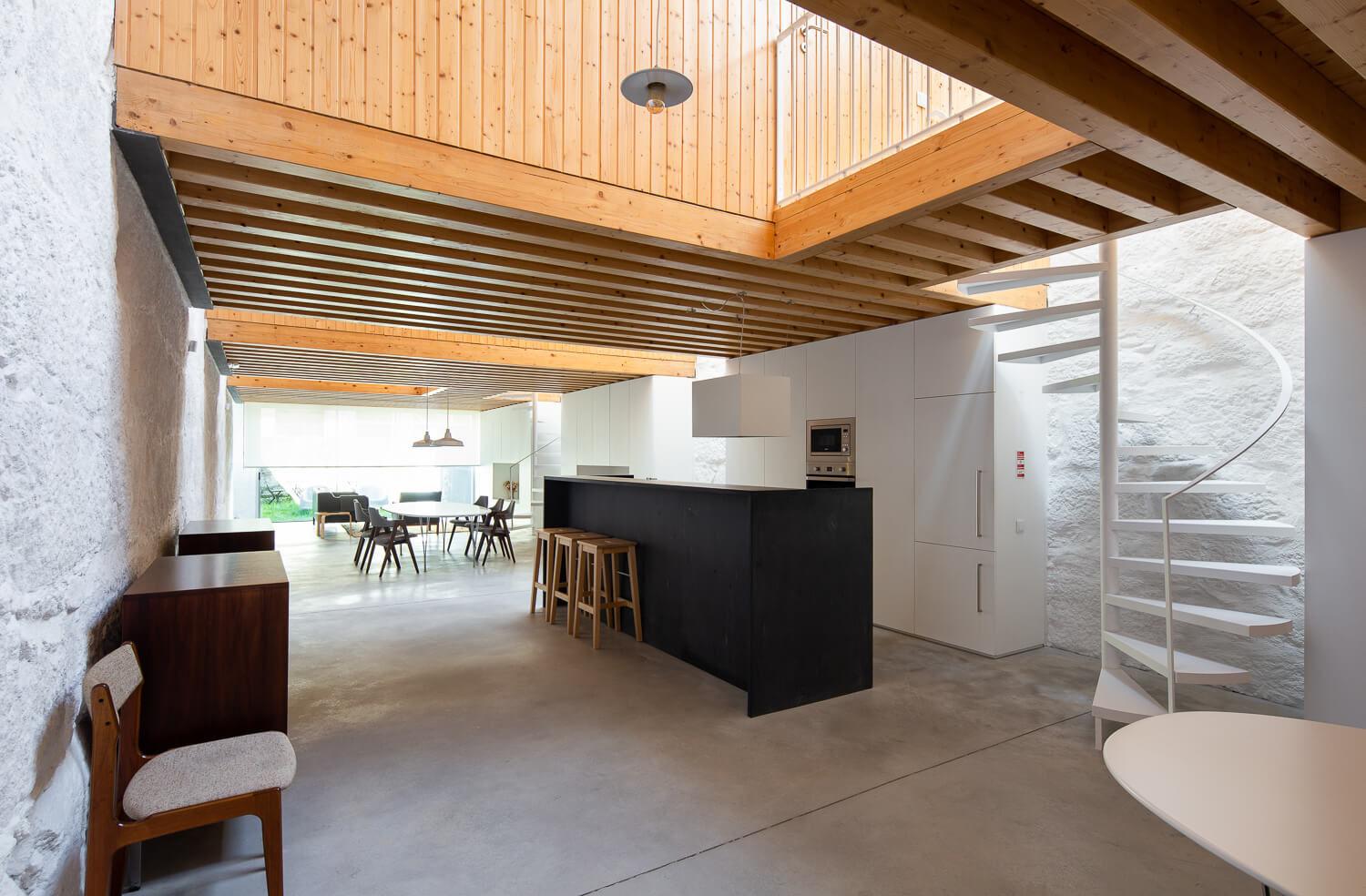 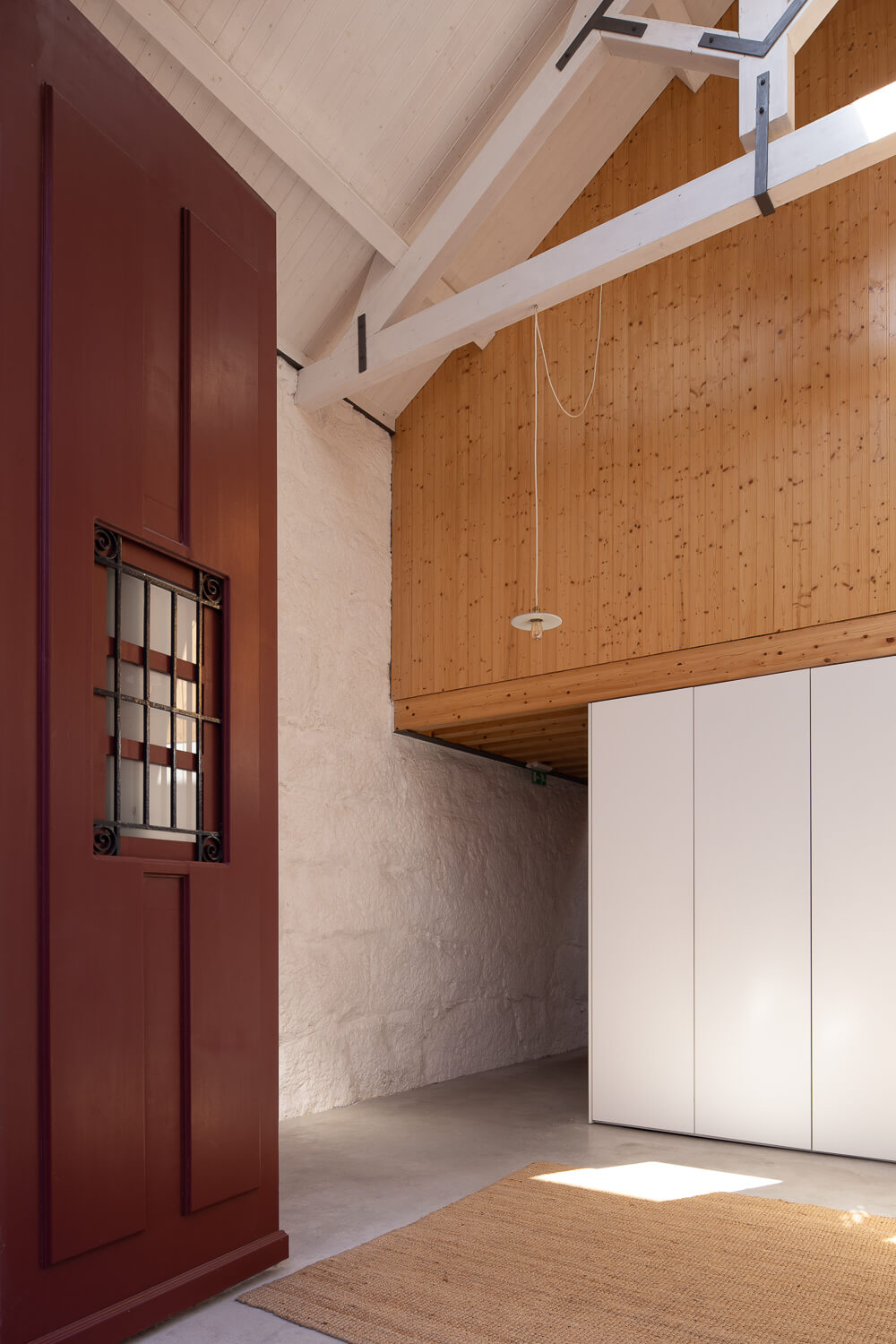 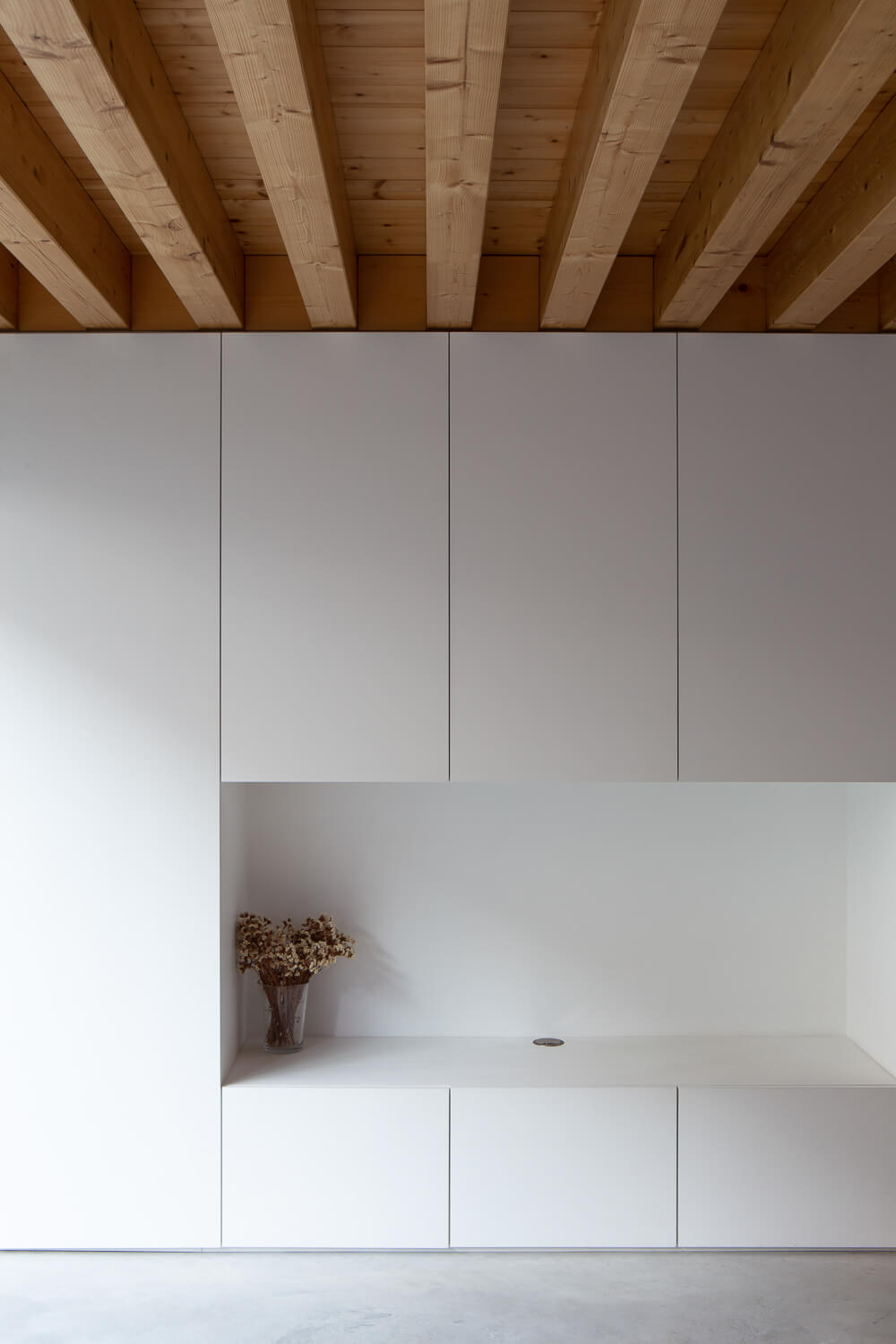 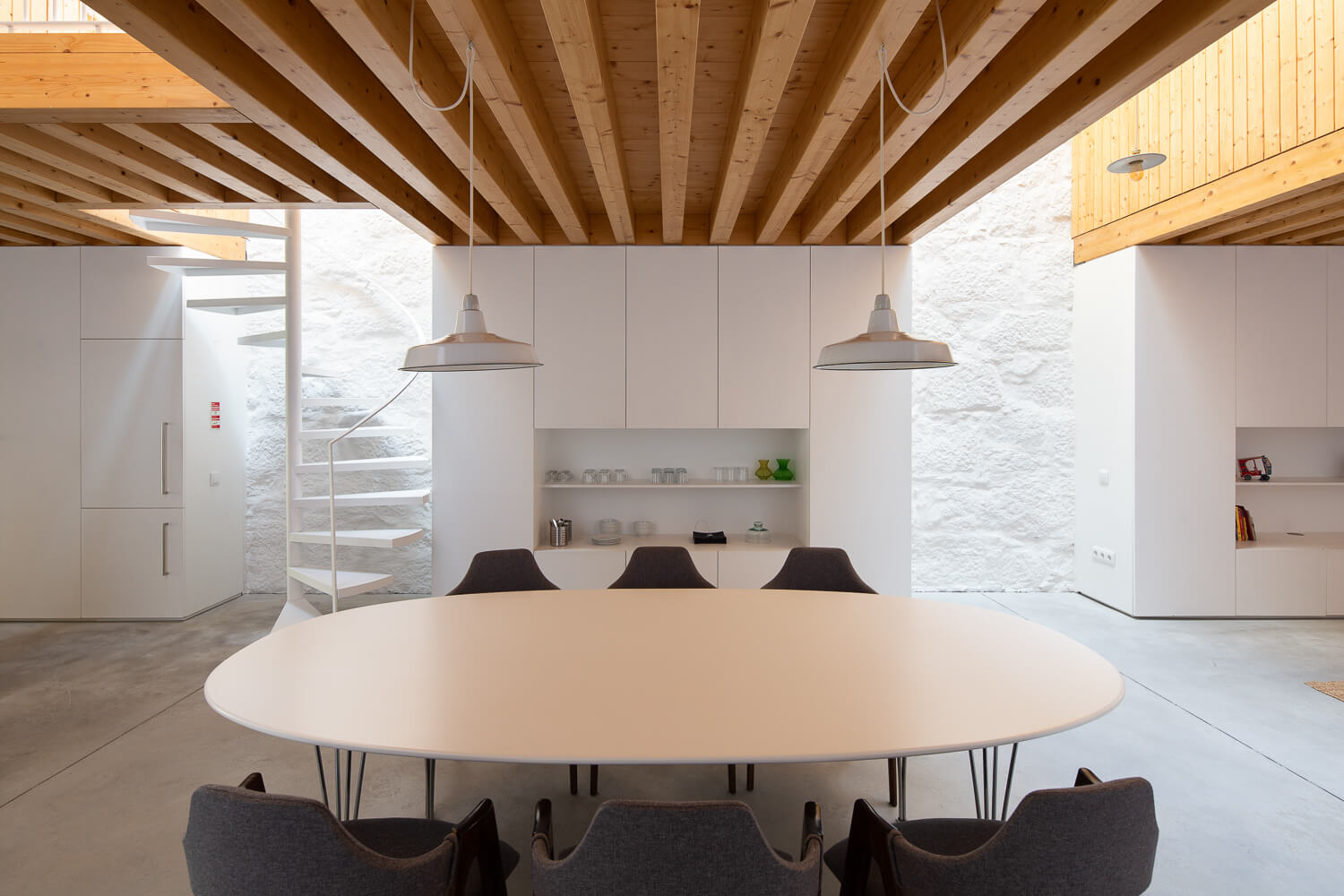 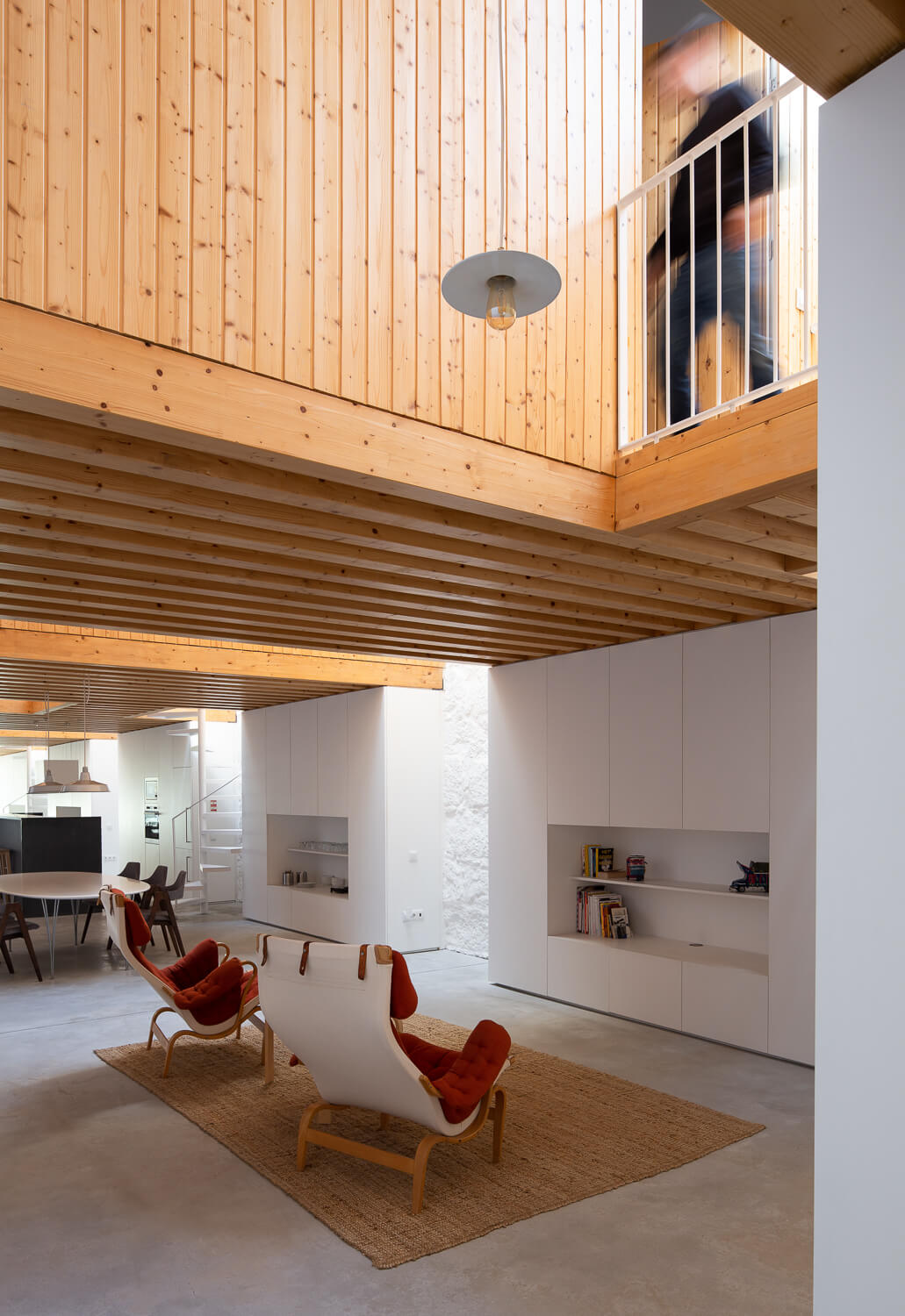 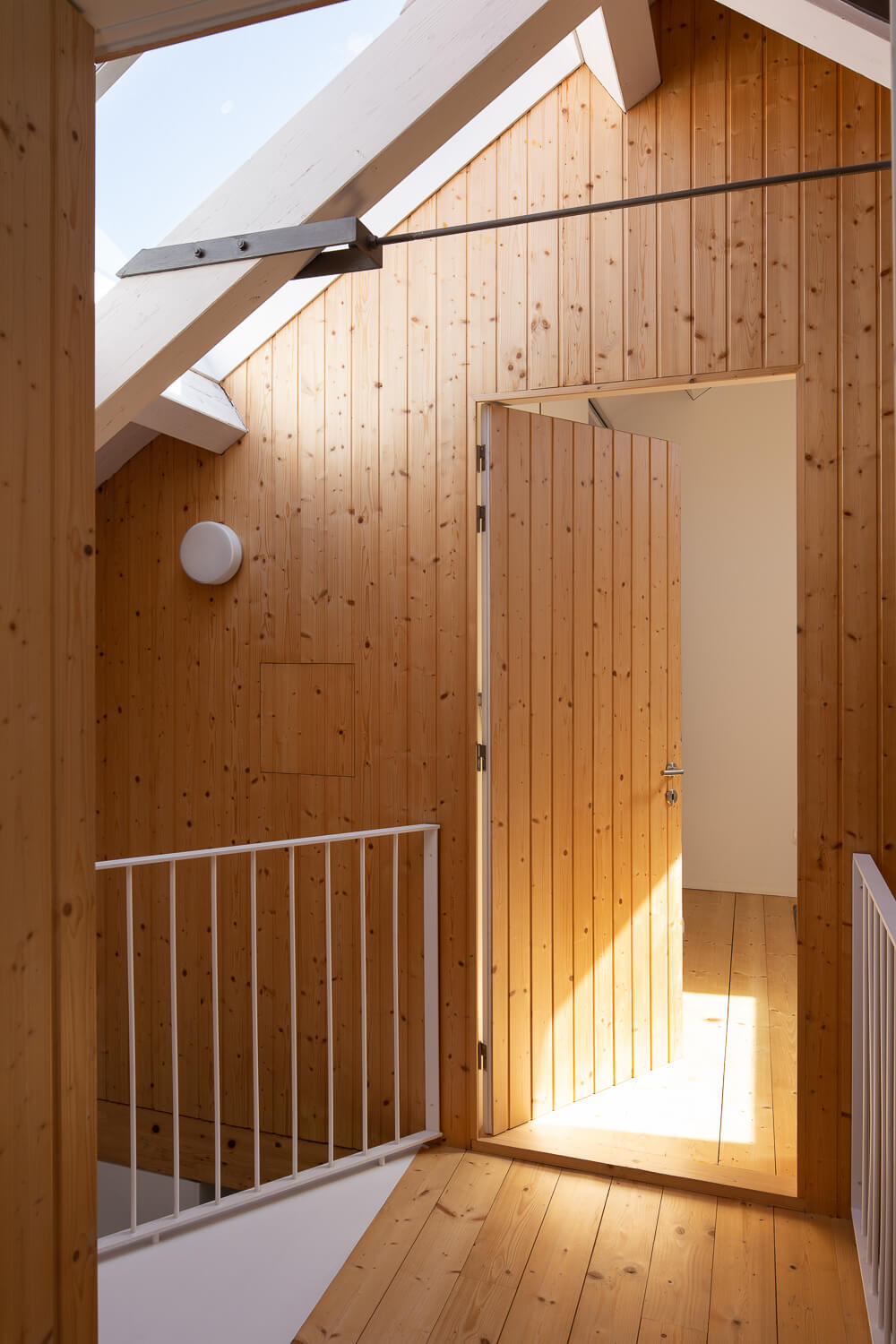 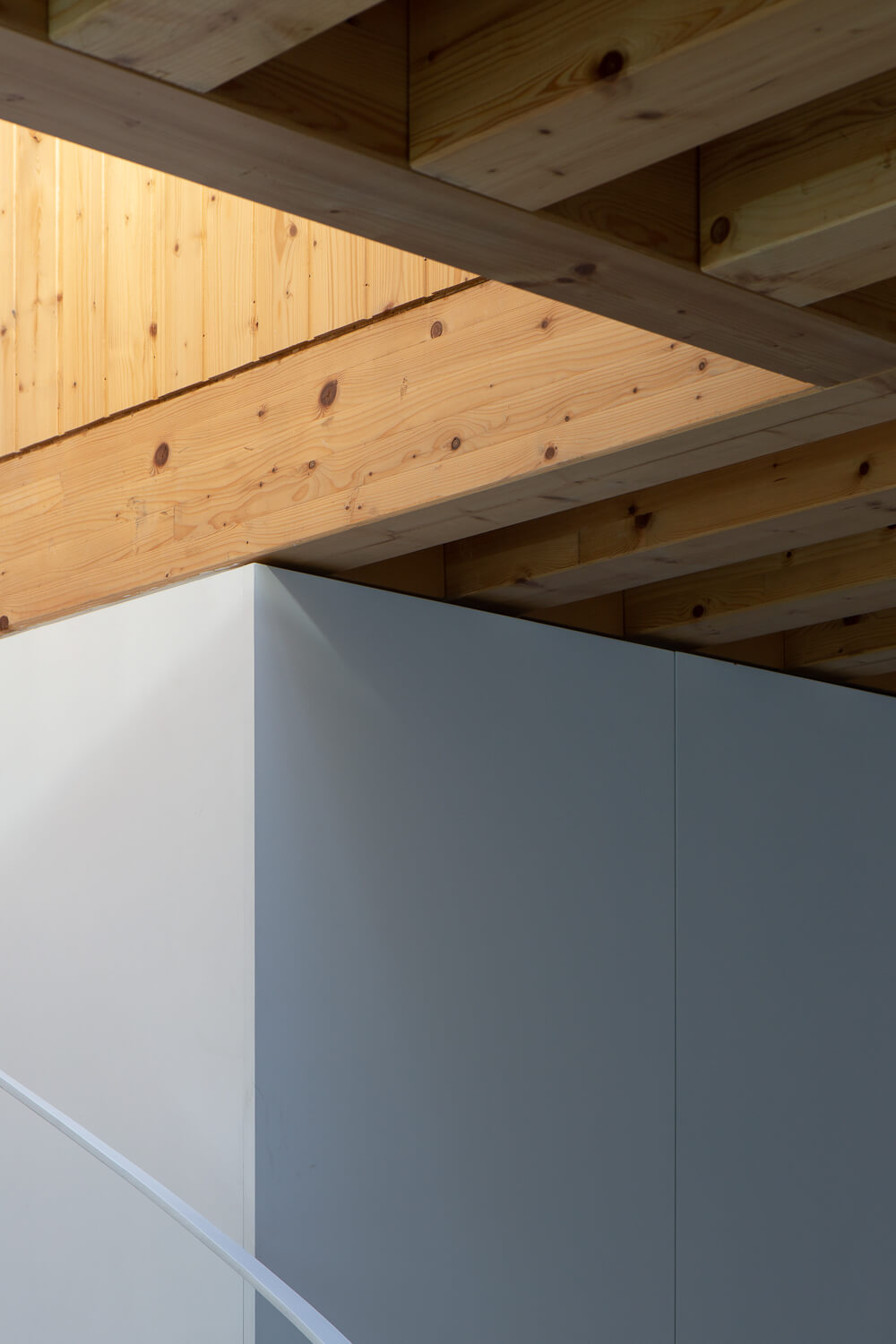 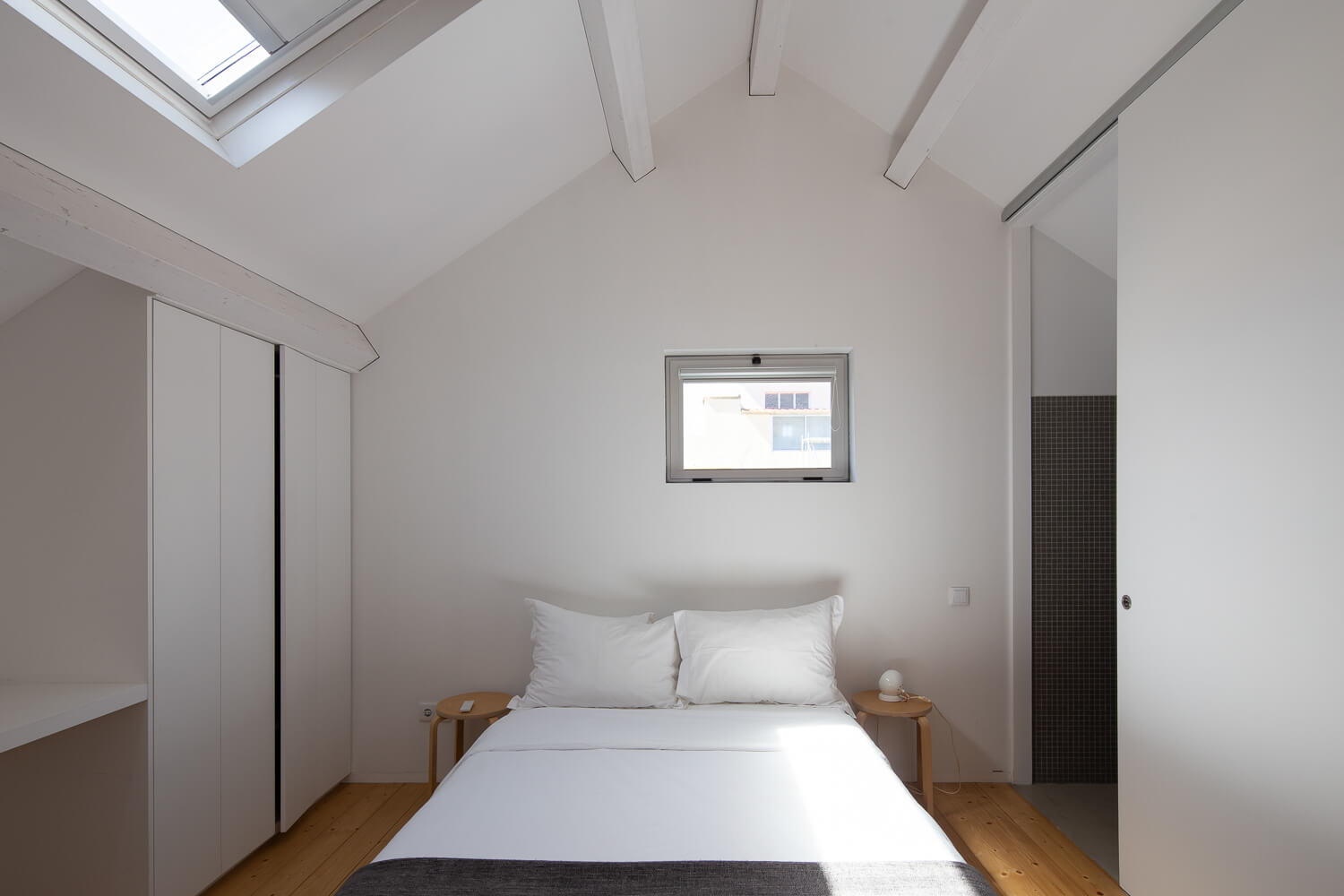 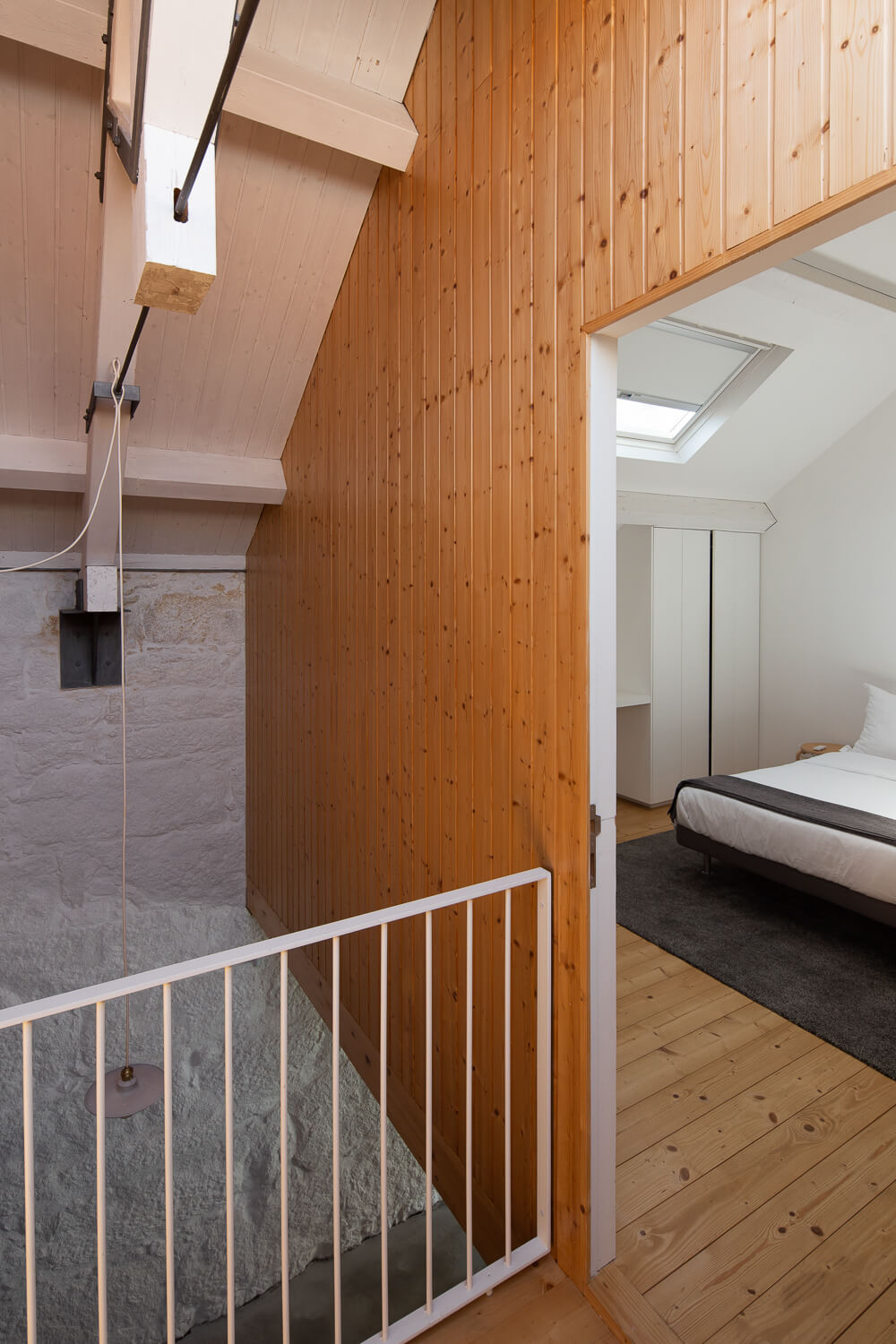 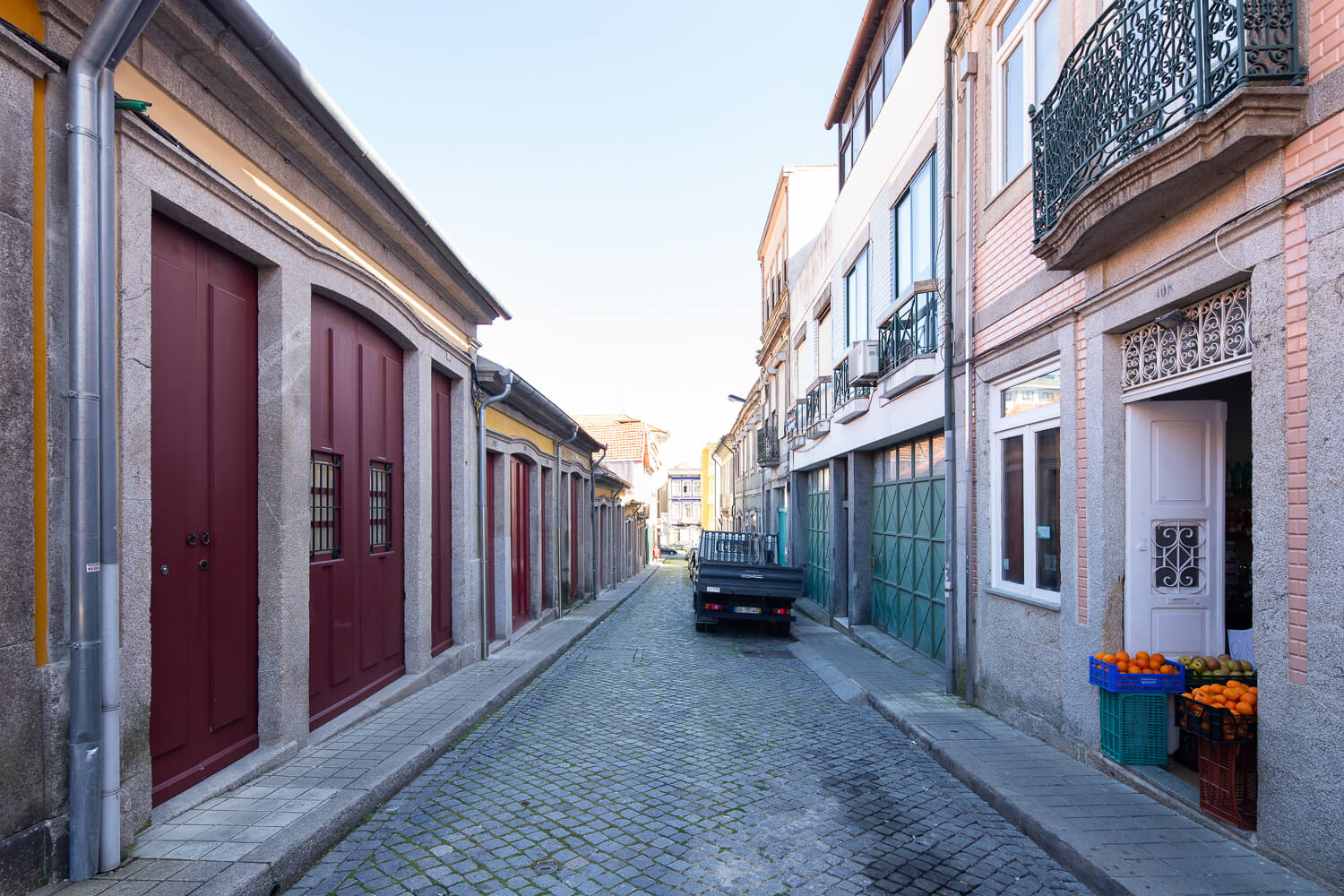 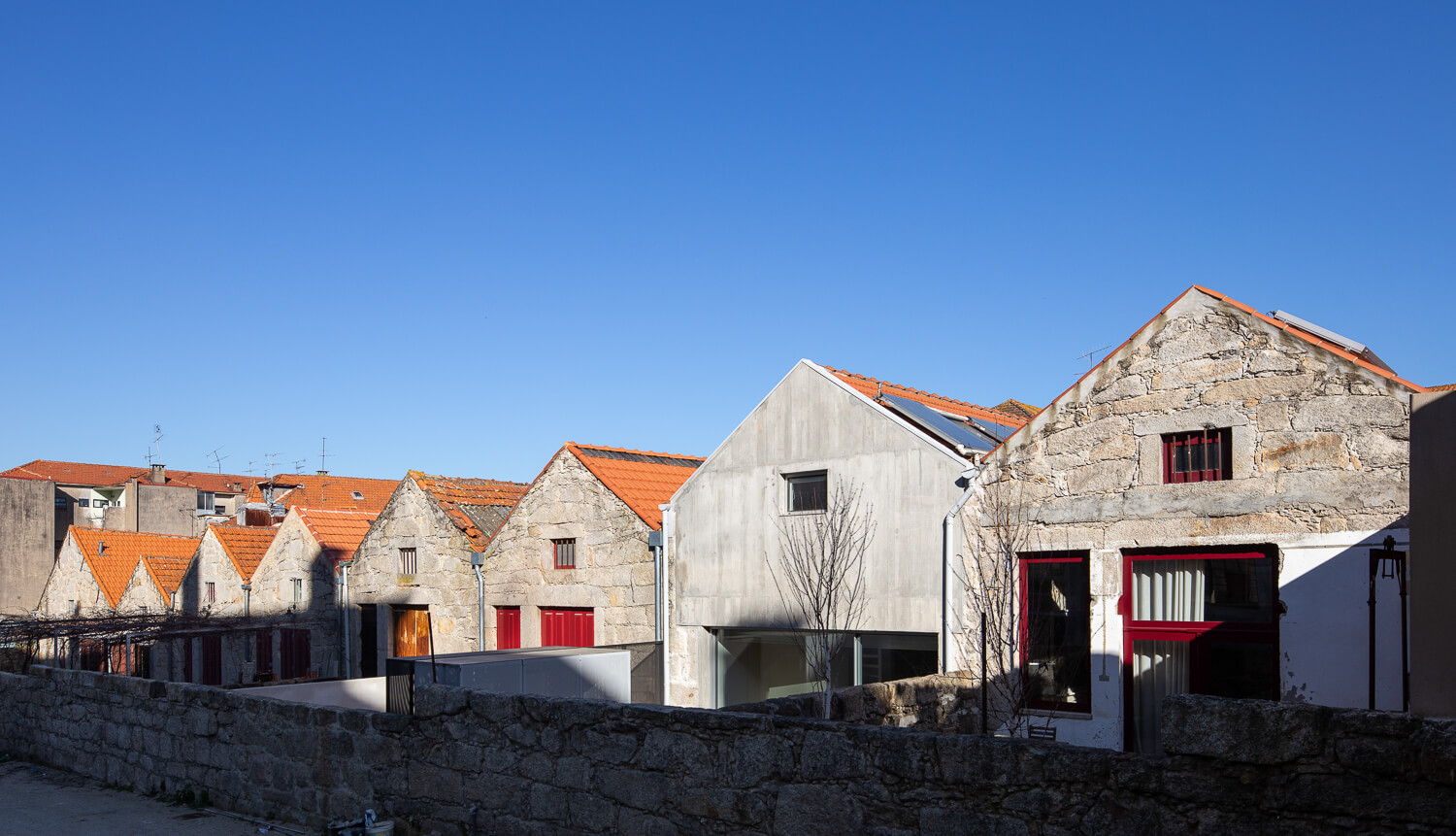 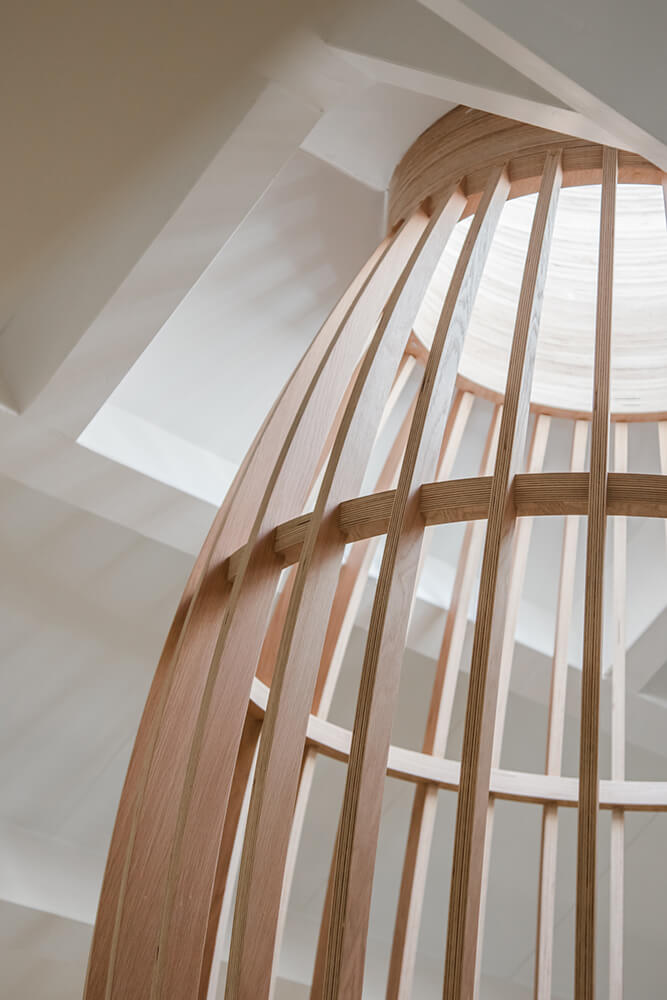