As a result of a series of contests promoted by the Town hall of Huelva for the arrangement of a series of free spaces of the City.
Appears this project which poses to value the archeological patrimony of the city, ordering a space which will enhance the image from the new highway access and at the same time, it will become the gateway to the campus "Carmen" of the University of Huelva.

The Cabezo of the Almagra is a natural is a natural promontory, watchtower and place of agricultural accession, along the history to the present day, of stages as the Roman, Muslim, the implantation of the farmhouse in modern age, and the process of destruction of great part of the archaeological set with the construction of the current highway.
Show the history of Huelva and explain the place across the archeological discoveries is the aim of the Cabezo of the Almagra’s park, with which is put in value the patrimony of the city.

The park contemplates on top of this hill a lookout interpretive center, which will be the generator, recognizable and element of reference, focal point of the network of roads and articulator of the museum outdoors, an informative support of the contents of the space.
In this building the visitor will be informed about the archeological set, as well as of the importance of the finds and the interpretation of the same ones inside the context where they were located, related to Onuba’s city and with the road which leads to Híspalis.

It is developed in two lifted floors and a basement in which will be stayed the area of workshops and the laboratory. The ground-level floor will be the explanatory area. It will be conceived as a large room communicated with the outside world through hollows and ramps which leads the visitor towards the archeological remains.
It is structured as an internal extension of the find, offering an opened and visible itinerary across him, from where you can capture the finds in-situ of the site.

Through this plant and promoting the idea of continuous movement, the interpretation center turns into a great lookout, from where it will be possible admire the landscape of the archelogical park, the city, the university campus and the marshes of the Tinto river.

Since the flag will depart roads like a cobweb on the Cabezo, fitting out between them areas to rest and landscaped areas.
The project tries to recover the image of cabezo and contemplates the planting of autochthonous and spontaneous species, ornamental plants and trees which were populating the hill in historical ages, as well as credited the remains found.

A few materials define formally the performance. A covered structure with opaque surfaces is raised and seems to float on the soil. The iron is capable of reflecting the passage of time of a recognizable way and durable, is expressing of multiple ways.
The iron’s oxide melts past and present, and evidences our cultural identity, which is associated with characteristic colour of the Tinto river and its marshes. 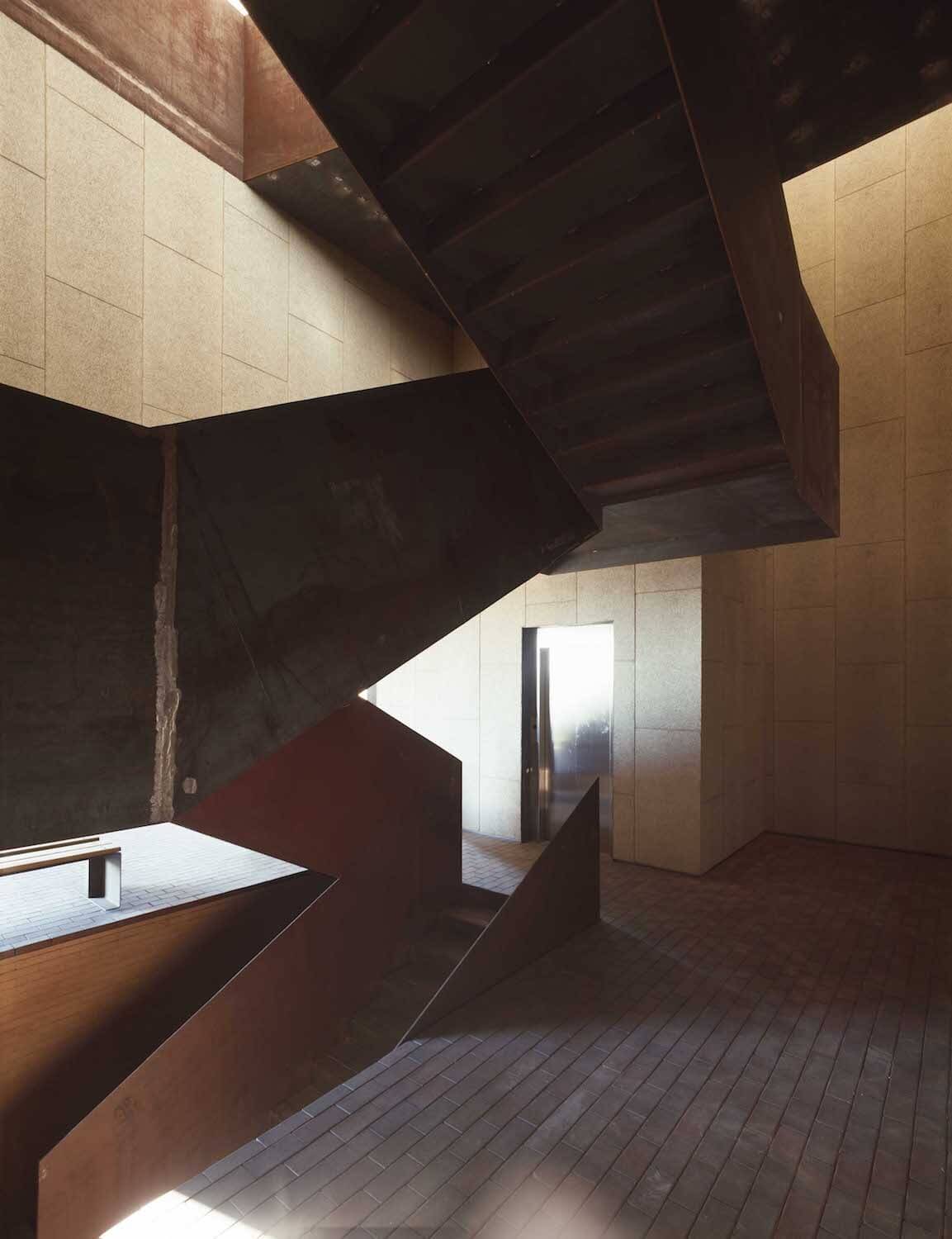 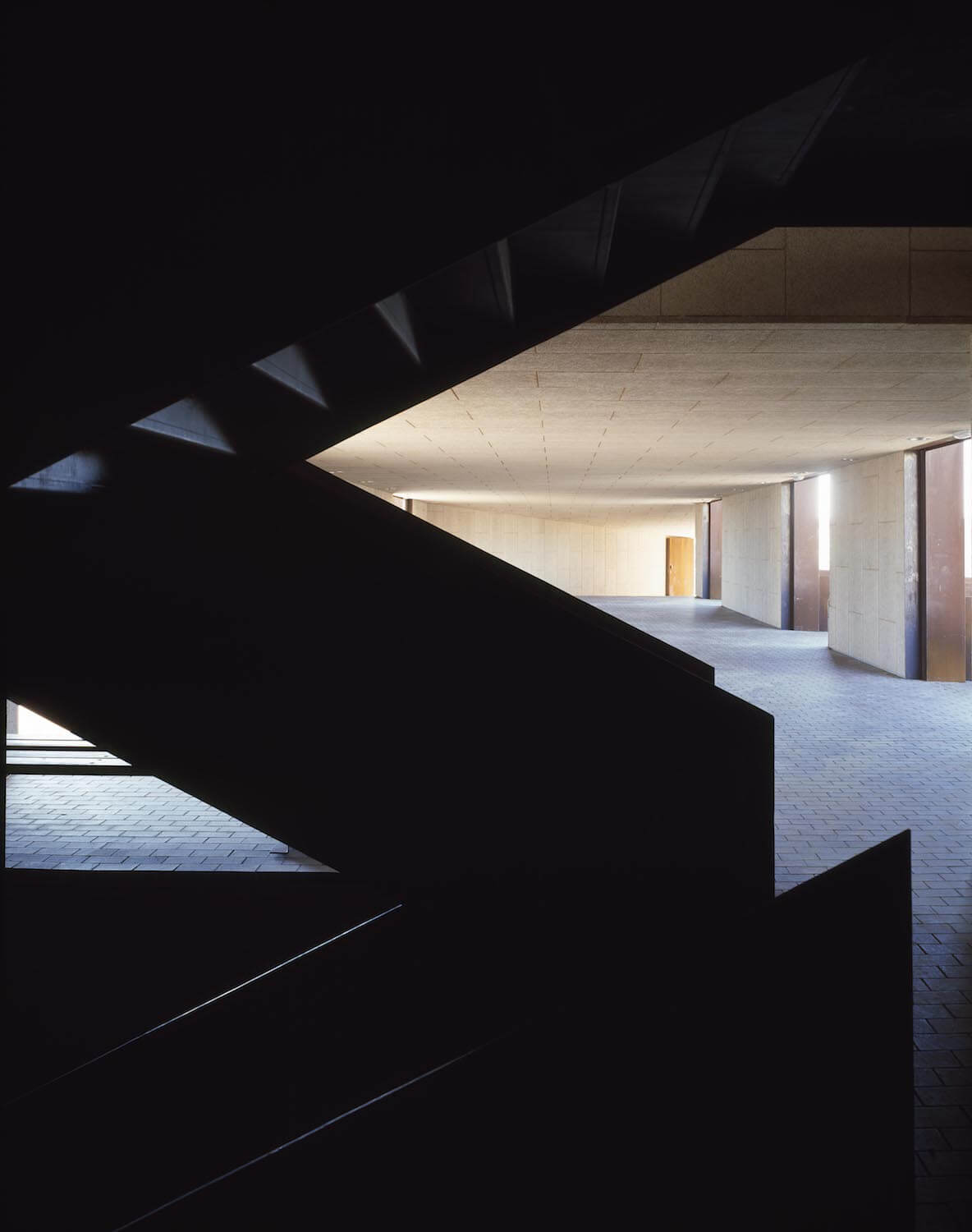 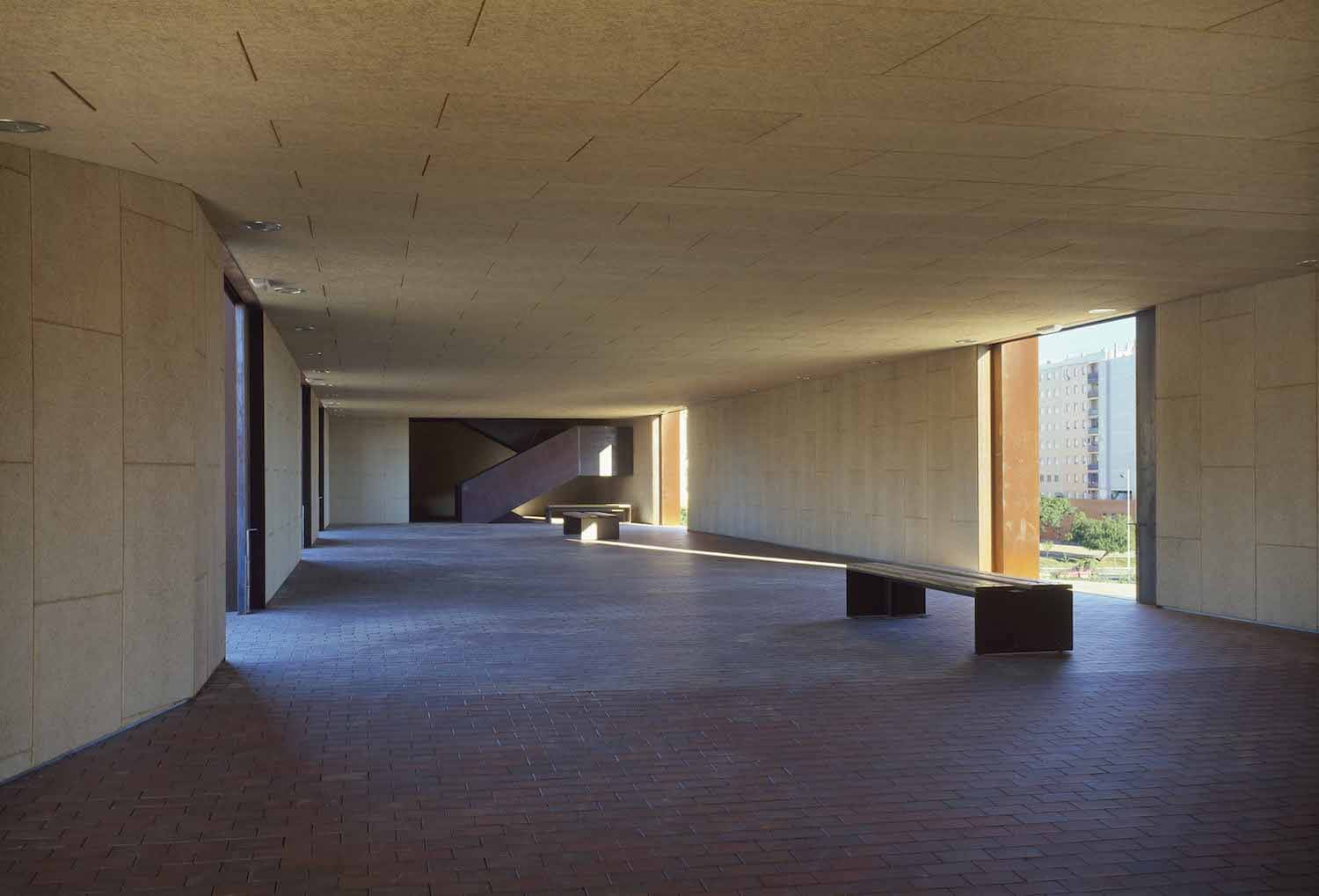 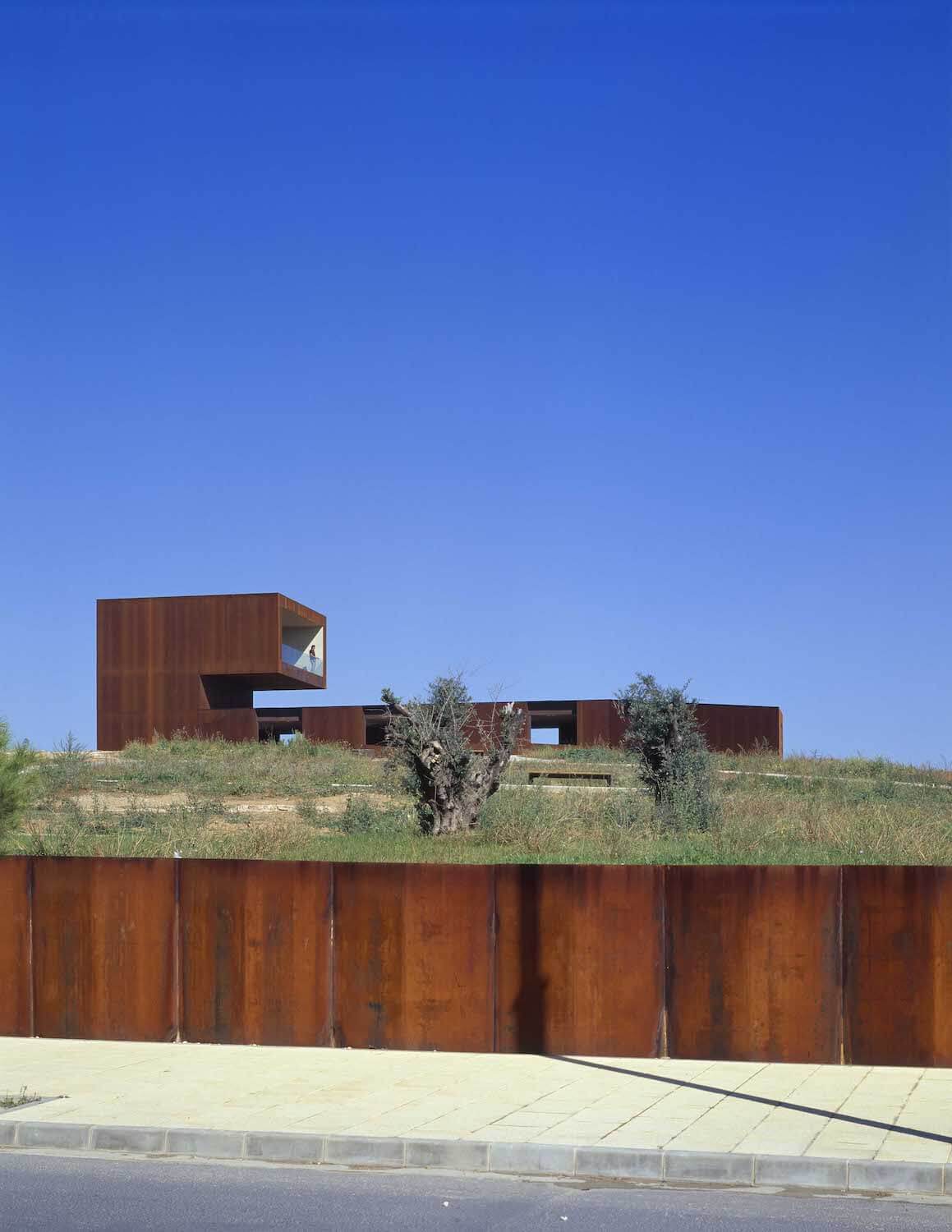 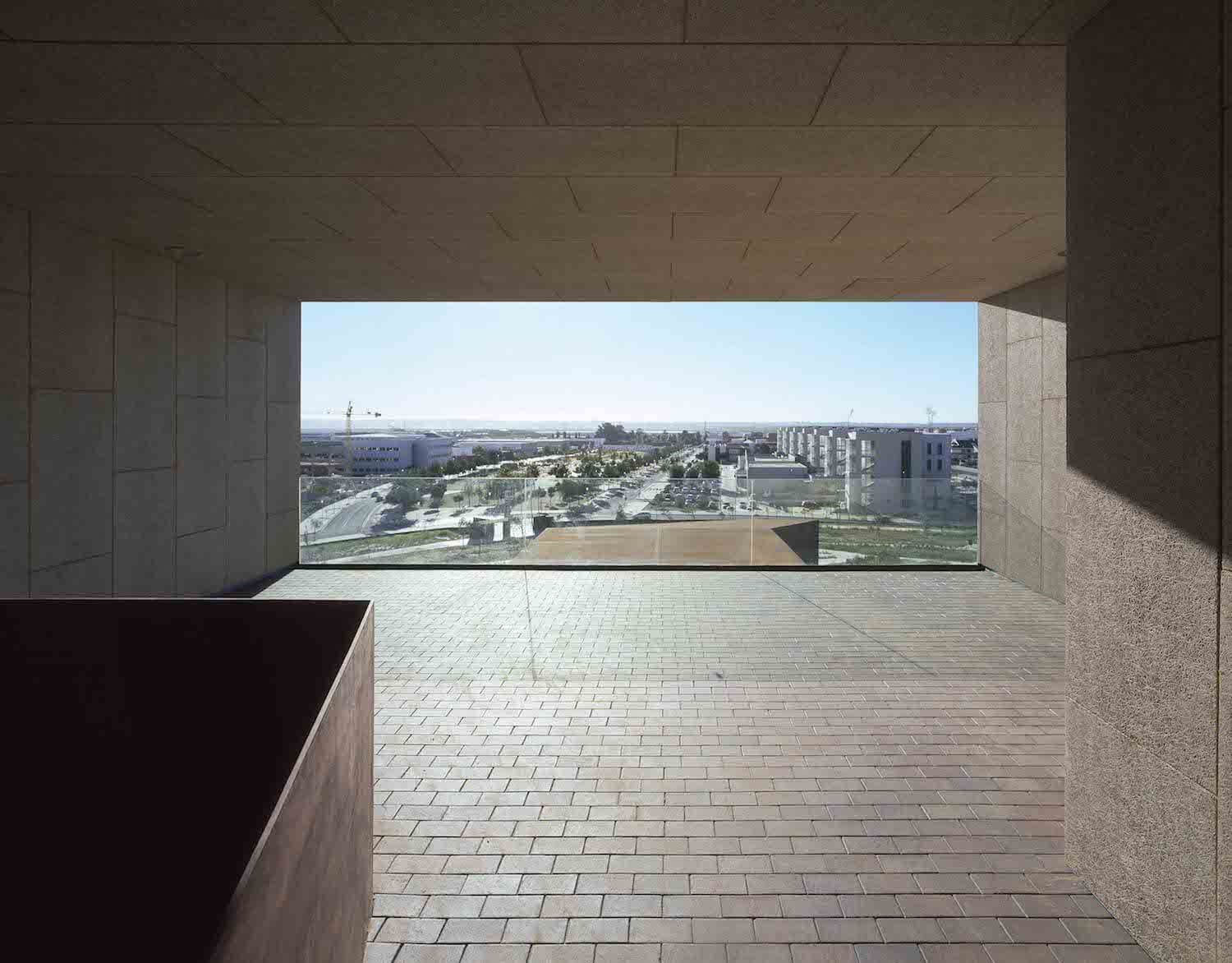 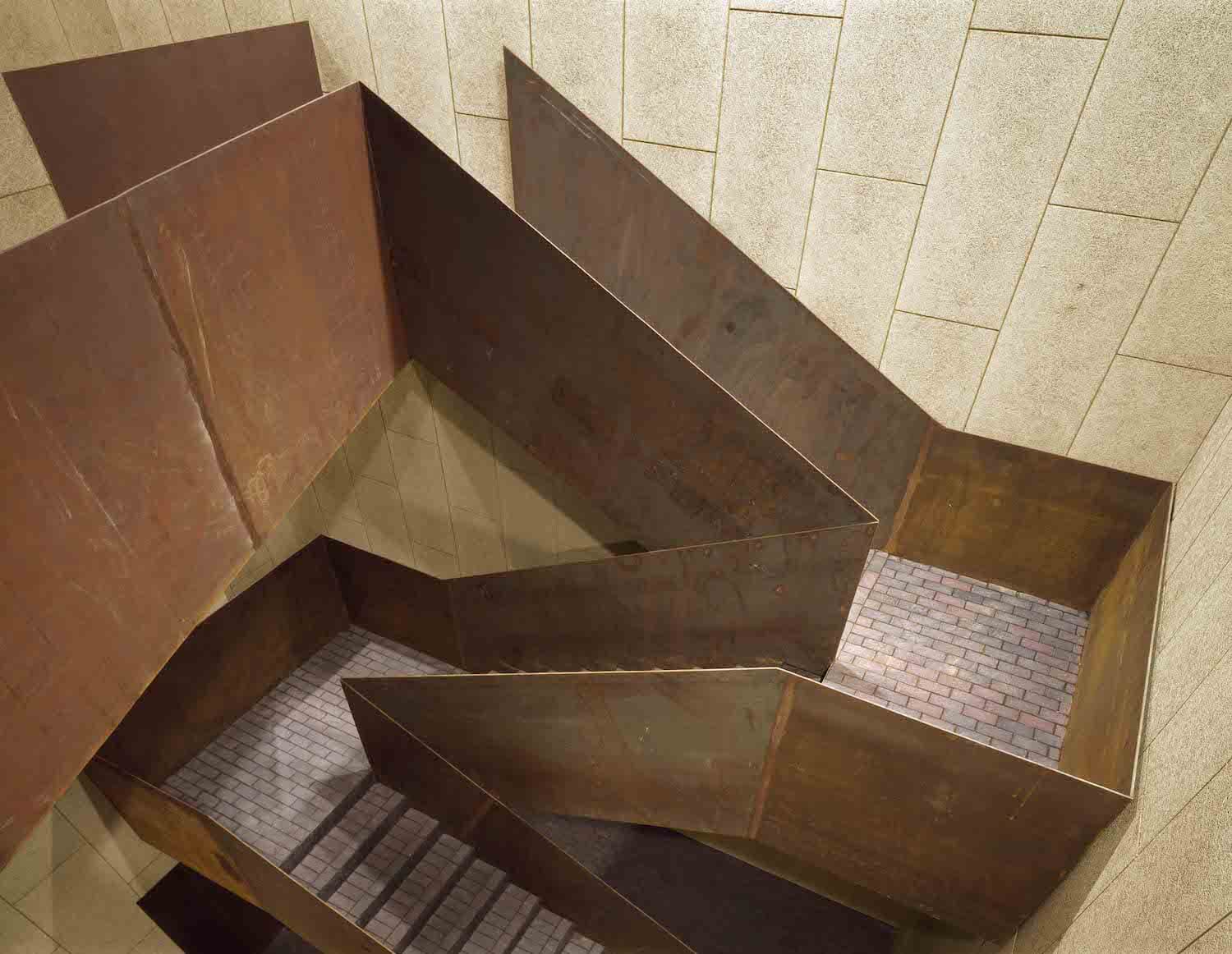 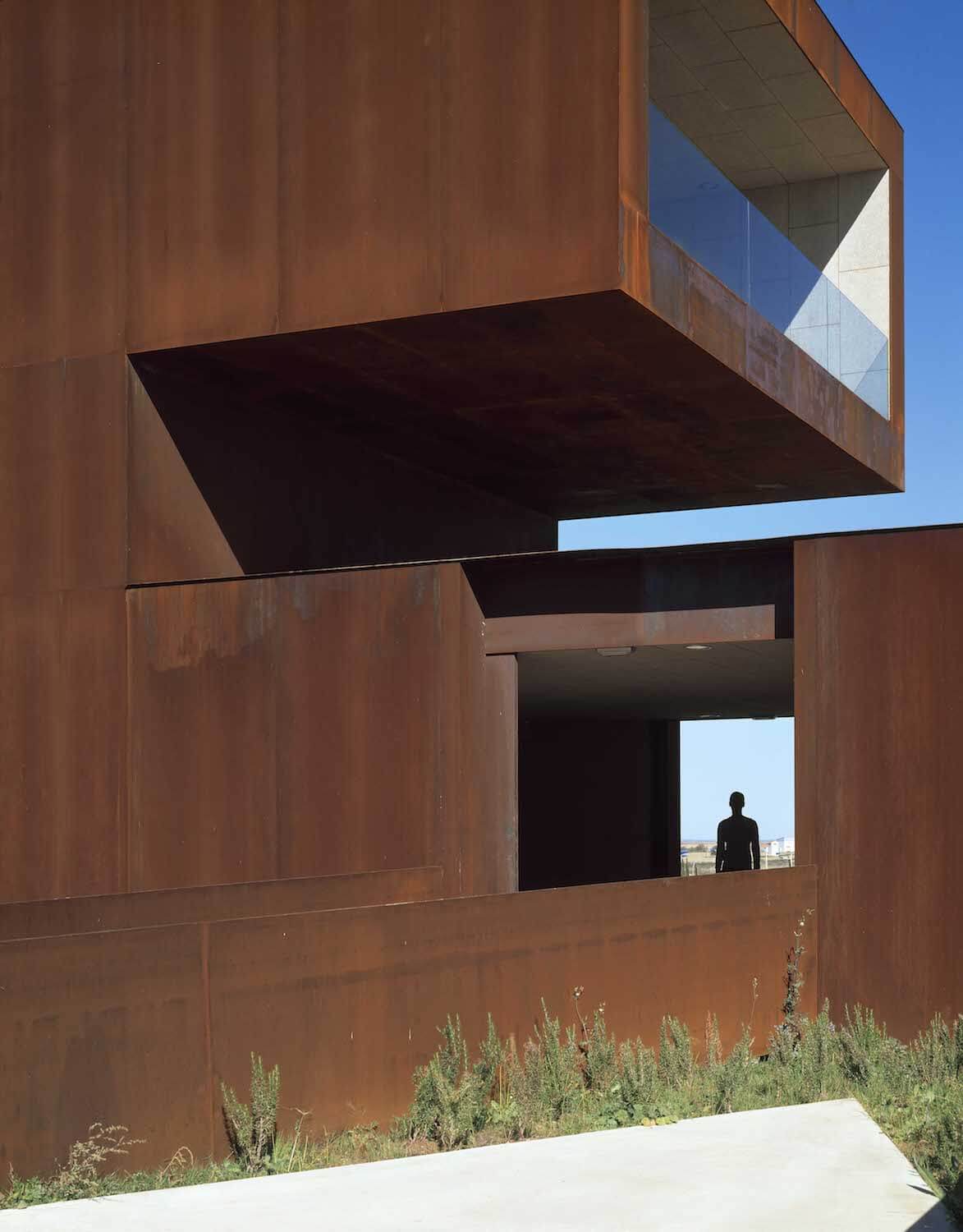 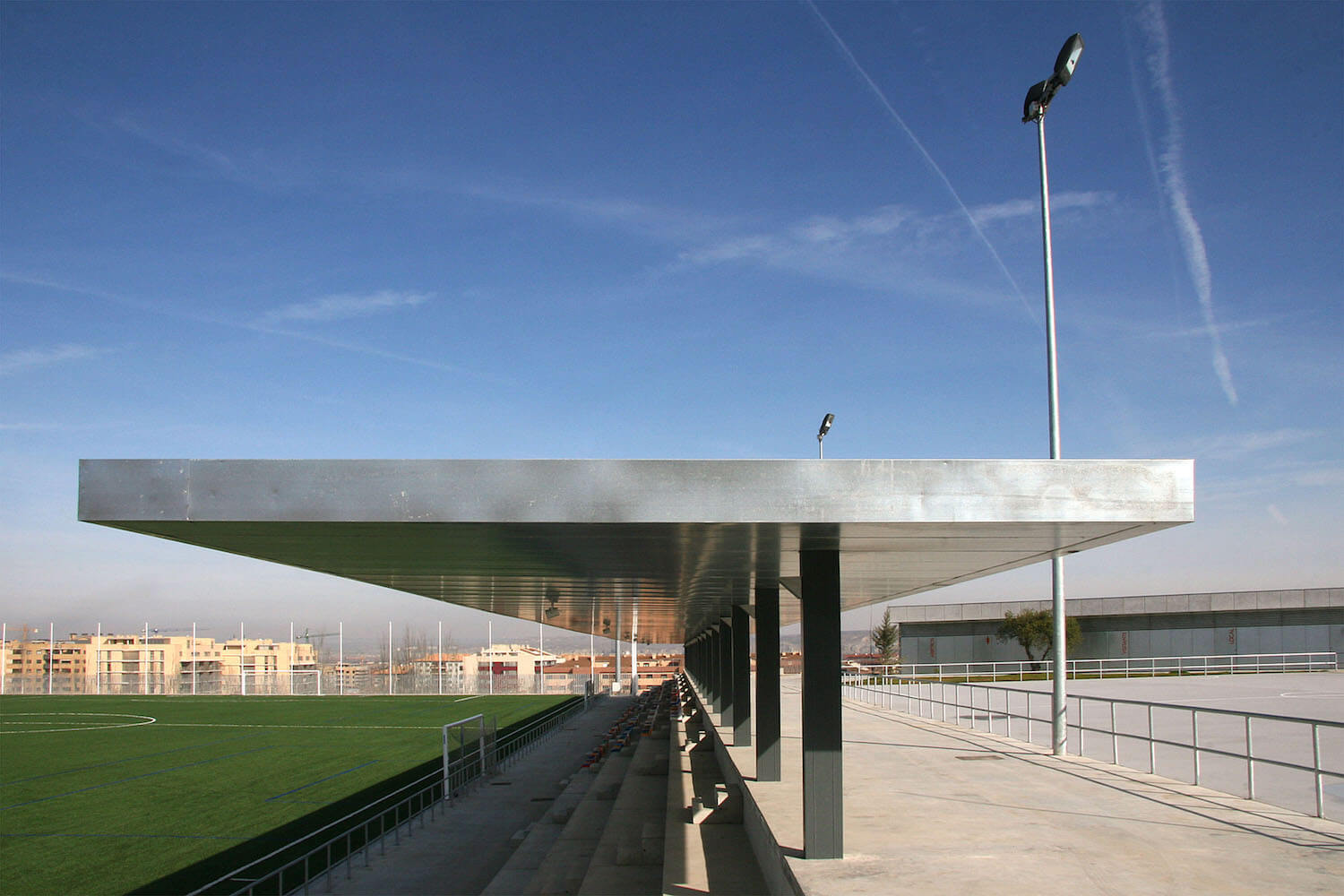